Immaculately Bred Tapit Colt Off the Mark in Japan 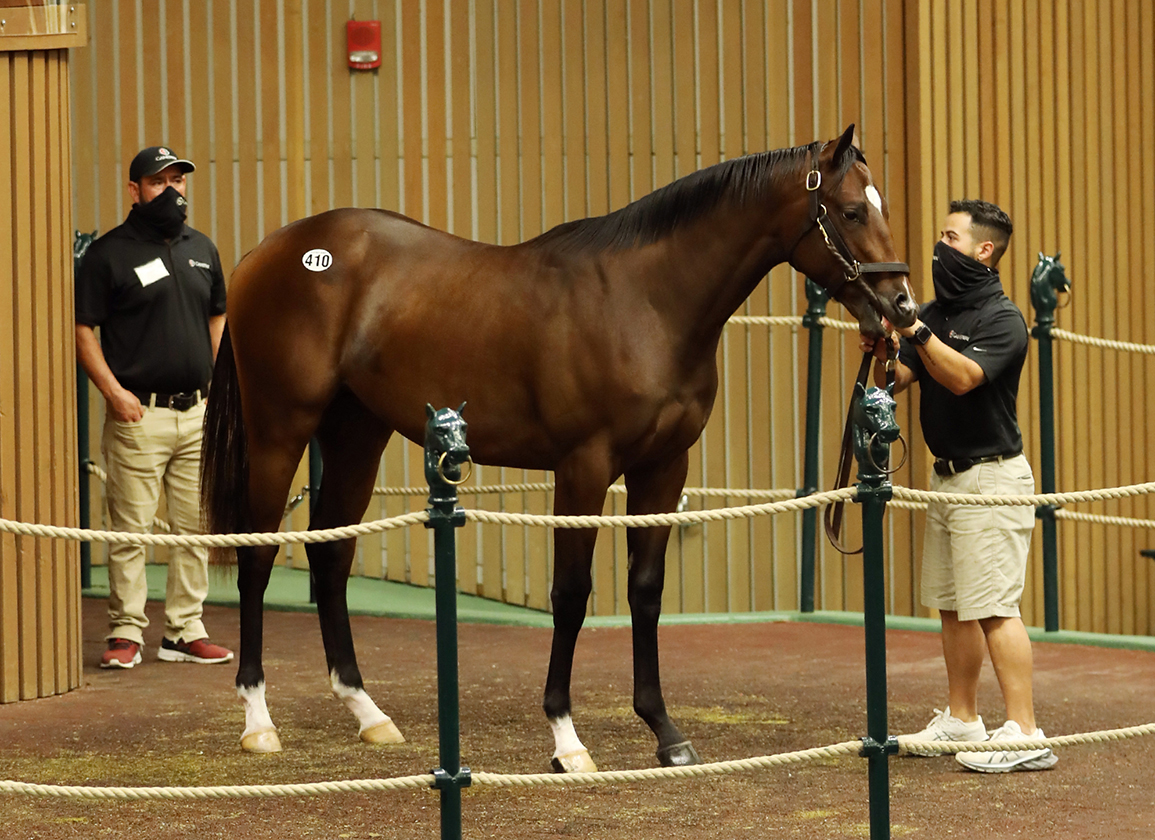 1st-Hakodate, ¥9,680,000 ($87,717), Maiden, 2yo, 1800mT, 1:50.3, gd/fm.
FIFTY CHEVY (c, 2, Tapit–Stopchargingmaria {MGISW, $3,014,000}, by Tale of the Cat), an $825,000 purchase out of last year's Keeneland September sale, made the majority of the pace in his June 13 debut going this distance at Tokyo before retreating in the final 200 meters to finish fourth. Better than a 10-1 chance for this second go, the beautifully bred bay was away only fairly from gate 11 and raced with just two rivals behind as they hit the first turn. Unhappy with his mount's positioning behind a slow pace, jockey Takeshi Yokoyama boldly hit the gas with about 5 1/2 furlongs to travel, allowing Fifty Chevy to stride into the lead at the 800-meter pole. Nursed along on the turn, Fifty Chevy responded gamely when set down in upper stretch and began looking for the line in the final 50 meters, but got there with a half-length to spare. Winner of the 2014 GI CCA Oaks and GI Alabama S. for owner Mike Repole, Stopchargingmaria was a $3.15-million buyback at that year's FTKNOV sale before being purchased privately by Louise and Kiki Courtelis' Town and Country Farms. Upset winner of the 2015 GI Breeders' Cup Distaff, the mare remained in training through her 5-year-old season and was knocked down to Three Chimneys for $2.8 million at FTKNOV in 2016. She was most recently acquired by Whisper Hill Farm for $4.4 million with this foal in utero at the 2018 FTKNOV sale. Three-year-old filly Stillchargingmaria (Pioneerof the Nile), a $1.9-million graduate of FTKNOV and her dam's first produce, won her maiden at Lone Star Park this past April and added a July 5 allowance, both on turf. Stopchargingmaria is the dam of a yearling full-brother to Fifty Chevy and a filly foal by Quality Road. The winning owner also campaigns Vanishing Point (Tapit), the full-brother to multiple champion Unique Bella, who cost $1.5 million at KEESEP in 2019. Sales history: $825,000 Ylg '20 KEESEP. Lifetime Record: 2-1-0-0, $55,856.
O-Yuji Hasegawa; B-Three Chimneys Farm LLC & Whisper Hill Farm LLC (KY); T-Kazuo Fujisawa.