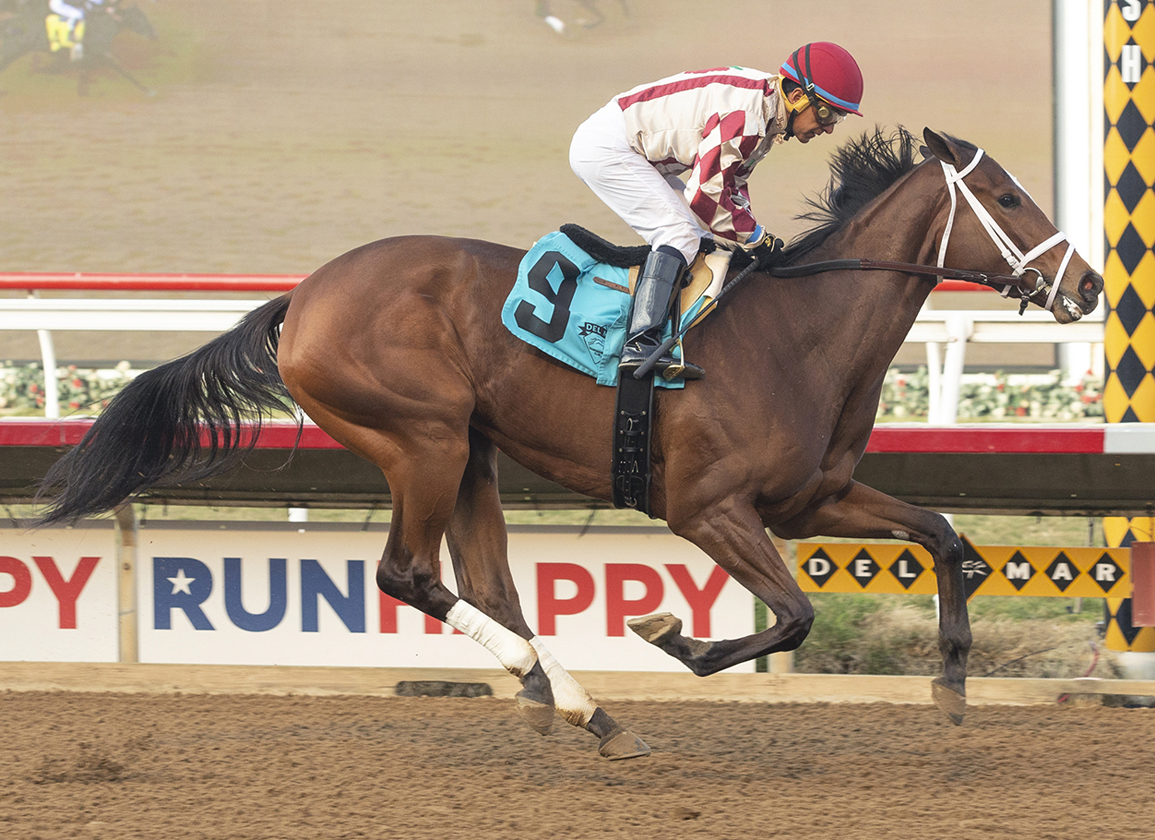 6th-Del Mar, $72,500, Msw, 11-20, 2yo, f, 6 1/2f, 1:17.45, ft, 2 1/4 lengths.
EMPIRE GAL (f, 2, Empire Maker–Double Tapped, by Tapit) opened her account at first asking Saturday at Del Mar with a good-looking victory over 6 1/2 furlongs Saturday. Prominent in the early stages, the bay filly drifted back to a midfield position while racing well out into the track approaching the turn. Given her cue with a little less than three-eighths of a mile to travel, the 34-5 chance advanced four or five wide into the stretch, took aim on the front-runners nearing the furlong grounds and came away to a 2 1/4-length victory over longshot Peripheral (Ghostzapper). The debuting Micro Share (Upstart) won a photo for third over favored Adare Manor (Upstart). A half-sister to GSW Majestic Eagle (Medaglia d'Oro, $387,129), Empire Gal is out of a full-sister to champion and GI Kentucky Oaks heroine Untapable who was acquired by Bridlewood for $1.3 million in foal once again to Medaglia d'Oro at Fasig-Tipton November in 2015. Grade II-winning granddam Fun House (Prized) was named Broodmare of the Year in 2014 following Untapable's champion 3-year-old filly campaign and is also responsible for GISW Paddy O'Prado (El Prado {Ire}). Third dam Bistra (Classic Go Go) was a half-sister to GISW Olympio. Double Tapped is the dam of a Union Rags colt that fetched $200,000 from Untapable's owner Winchell Thoroughbreds at this year's Keeneland September sale and a weanling filly by Omaha Beach. She visited Nyquist this past breeding season. Lifetime Record: 1-1-0-0, $42,000. Click for the Equibase.com chart or VIDEO, sponsored by TVG.
O/B-Bridlewood Farm (FL); T-Michael W McCarthy.