Home » Archive » Top News Europe » 'I Am Not Stopping': Dettori Rides On Despite Gosden Sabbatical

'I Am Not Stopping': Dettori Rides On Despite Gosden Sabbatical 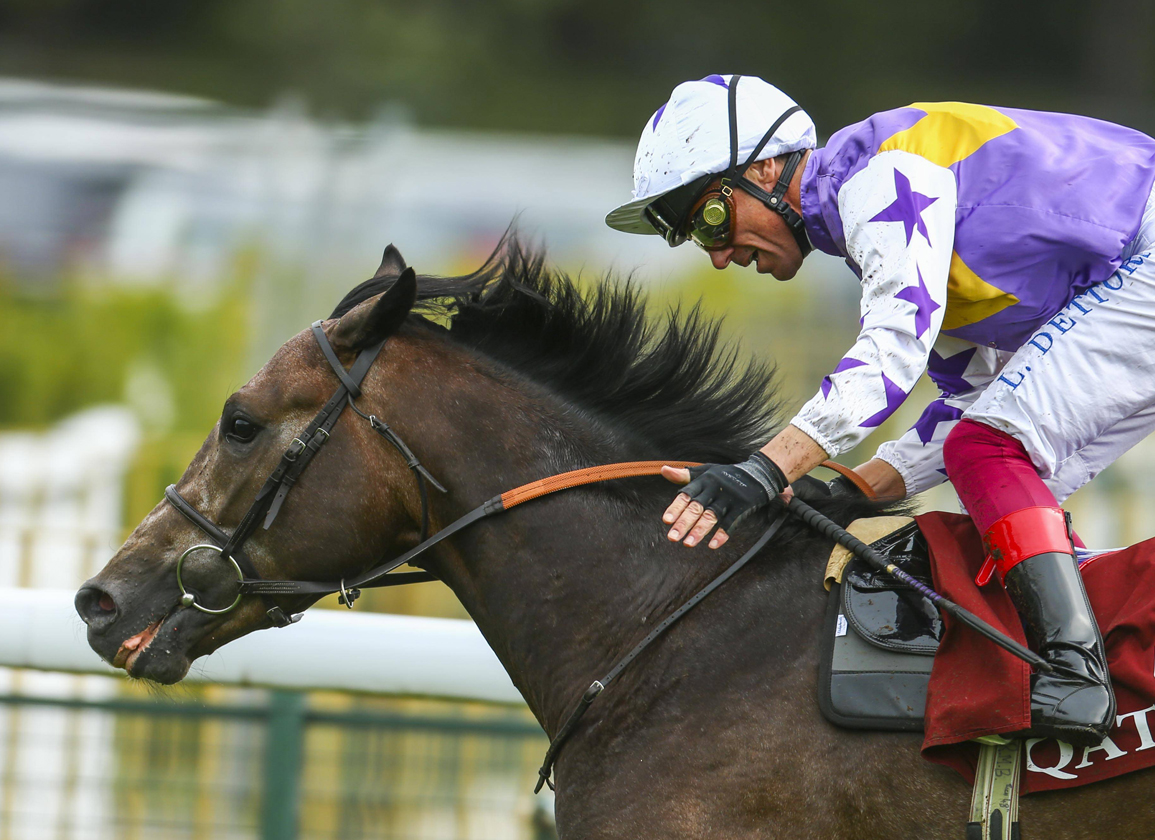 The ongoing speculation as to the future of the partnership between the powerful Gosden stable and Frankie Dettori was quelled in part by a statement on Friday evening from John Gosden, which read “Frankie and I have amicably decided to take a sabbatical from the trainer/jockey relationship but we remain the closest of friends and colleagues.”

Dettori, British racing's most widely identifiable jockey with a major international profile, has not ridden since Royal Ascot and he returned from Sardinia on Friday to meet Gosden at his Clarehaven Stable in Newmarket. He is currently booked for just one ride this week, at his home course on Saturday aboard the Ralph Beckett-trained Lezoo (GB) (Zoustar {Aus}), owned by Marc Chan and Andrew Rosen.

Appearing on Racing TV, Dettori told inteviewer Chris Dixon, “Me and John had a meeting yesterday and we decided to give each other a break, or a sabbatical, and that's it really.

“We're still good friends. What John has done for me in the past, I'll forever be grateful.”

Dettori was reluctant to go into further details on the open-ended arrangement but added that he wanted to clarify to his fans that he was not retiring from race-riding.

He continued, “I'm definitely going to do this year and next year. I'm riding in Istanbul tomorrow in the [Turkish] Derby. I'll be in the German Derby next week and then I've got a couple of weekends in Belmont and Saratoga, so I'm pretty busy for the next month. So if you don't see me riding domestically it's not because I've given up, it's because I am actually abroad, but I am intending to ride this year and next year.

“It's a new start and, like I said, we'll take a step at a time, but I just came on your channel to reassure everyone that I am not stopping. I'll be back [at Ascot] for King George weekend and then on to Goodwood.”

Gosden stressed his close relationship with the jockey who is synonymous with his recent stable stars Enable (GB), Stradivarius (Ire) and Golden Horn (GB). The trainer's statement of Friday evening continued, “Frankie has been–and always will be–one of the family here so I wanted to meet face to face after he returned from his post-Ascot holiday.

“Frankie is the most superb international jockey and, together, we have achieved significant successes at various times over the last three decades with a number of horses including, most recently, Golden Horn, Enable, Palace Pier, Too Darn Hot and Stradivarius.

“I do not intend to appoint a stable jockey at Clarehaven.”

Gosden, who trains in partnership with his son Thady, has three runners at Newmarket on Saturday, two ridden by longstanding second jockey Rab Havlin and the other by James Doyle.