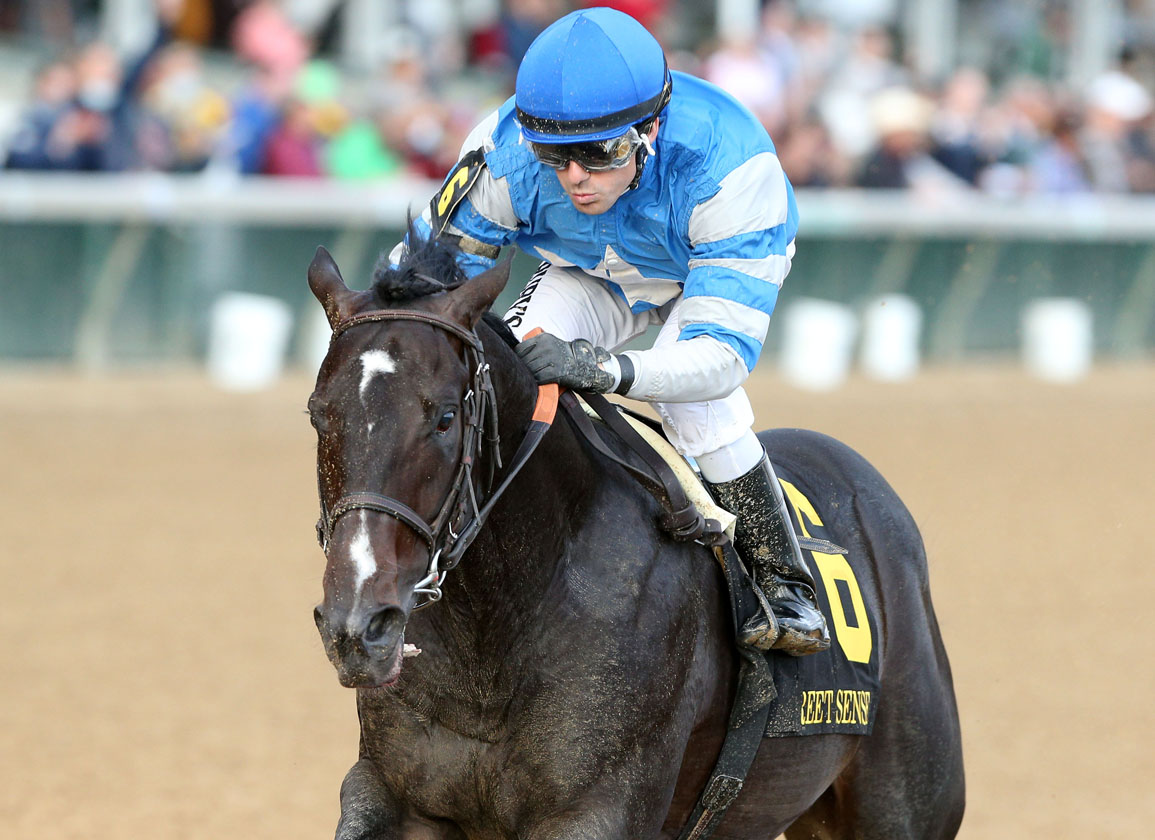 “We always thought he showed some promise in his training,” trainer Dale Romans said. “He was really impressive breaking his maiden back in September and proved it wasn't a fluke winning the Street Sense. His looks remind me a lot of his sire. He's got the size and stride that make them similar.”

Tiz the Bomb (Hit It a Bomb) gets back on dirt in this spot for the first time since his dominant maiden victory. Demolishing the field by 14 1/4 lengths in his second start in an off-the-turf test at Ellis July 2, the bay switched to the sod, winning the Sept. 6 Kentucky Downs Juvenile Mile and Oct. 10 GII Bourbon S. at Keeneland. He rallied from well back to be second last time in a controversial renewal of the GI Breeders' Cup Juvenile Turf S. at Del Mar.

“Tiz the Bomb was impressive last out at Del Mar after dealing with all of the pre-race incidents in the Breeders' Cup Juvenile Turf,” conditioner Ken McPeek said. “He's handled really anything we've thrown at him so far so going back to the dirt shouldn't be a problem for him.”

Classic Causeway, one of the final foals by the late, great Giant's Causeway, looks to become that legendary stallion's latest black-type winner. Earning his diploma by 6 1/2 lengths at Saratoga Sept. 4, the chestnut checked in third after setting the pace in Keeneland's GI Claiborne Breeders' Futurity S. Oct. 9.

“He's always been a horse that breaks sharp from the gate,” trainer Brian Lynch said. “We knew that going into the debut so it didn't really surprise us he broke on top like he did but it's always a pleasant surprise to see them win that impressively. Last out in the Breeders' Futurity, he was hung wide from the gate and he battled pretty hard on the lead through fast fractions. I thought he gamely held on for third after the field closed in on him. Going into this start I've been trying to get him to relax a little bit in his training. I've worked him behind horses and in company so he doesn't have to be on the engine.”