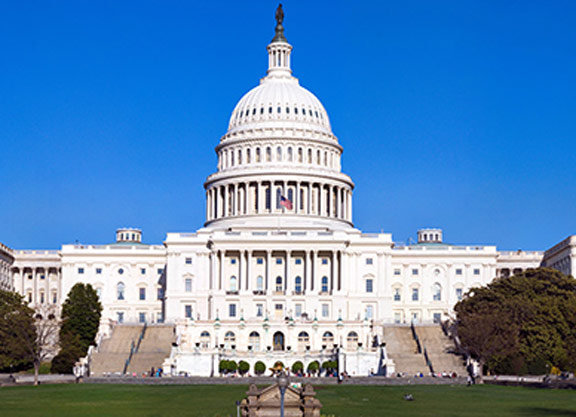 By a unanimous Sep. 29 voice vote, the United States House of Representatives passed a years-in-the-making bill that, if eventually signed into law, will develop and implement anti-doping, medication control, drug testing, and racetrack safety standard programs enforced by an independent authority whose powers would supersede the long-standing state-by-state regulation of the sport.

HR 1754, which has existed in various proposed forms since 2015 and was amended Sep. 9 to match the Horseracing Integrity and Safety Act (HISA) companion legislation that got introduced in the U.S. Senate that same day, passed on Tuesday after five members of Congress from both parties spoke in favor of it while no representatives voiced objections. The Senate version of the HISA (SB 4547) does not currently appear on the near-term calendar of that chamber for voting. But it was introduced by Senate Majority Leader Mitch McConnell (R-KY), who determines which items come up for action, and McConnell has previously indicated he's strongly in favor of a vote happening prior to the end of the current legislative session.

McConnell's press office issued a laudatory statement after the House's passage that did not indicate a timetable for a Senate vote, only noting that “work continues to pass this bill into law.”

If the HISA next passes the Senate, President Donald Trump would then have the opportunity to sign it into law.

The House was meeting Tuesday under a “suspension of the rules” session that is routinely employed a way to speed up voting when a large number of bills have bipartisan support and do not appear to face any objections from voting lawmakers. Debate time is limited to 40 minutes and no amendments can be offered in a rules-suspended Congressional setting.

HR 1754 was one of 26 bills up for discussion in this manner Tuesday, and although no formal vote count was tallied, it was clear from the strong chorus of “ayes” without a single dissenting vote that the measure received the required two-thirds support to be passed.

The low-key, matter-of-fact passage on Tuesday lacked any of the polarizing discourse that has defined the controversial measure within the sport over the past half-decade.

Although numerous industry organizations, including The Jockey Club, the National Thoroughbred Racing Association, various horse-health coalitions, and a number of top-tier racetracks have supported passage of the Integrity Act, other entities, including the National Horsemen's Benevolent and Protective Association and the Association of Racing Commissioners International, have spoken out against it, claiming at times that their input has not been sought or considered as the legislation has been crafted.

The passage with nary a dissenting House vote on Tuesday also marks a stunning turnaround for a bill that GovTrack (a legislative transparency organization that uses logistic regression analysis to rank the likelihood of passage of the 10,000 bills that come up annually in Congress) once gave only a 2% chance of being enacted back in 2015.

The five Congress people who spoke in favor during Tuesday's debate session testified mostly in general terms while advocating for the bill's passage, and at times even lapsed into congratulatory language before the voice vote came back affirmative, taking the time to thank long lists of industry and governmental supporters.

There was no mention of the nuts-and-bolts implementation of the HISA, nor any detail-oriented talk about one of its most important concessions that helped to achieve a recent degree of compromise: the phasing-out of race-day medications, instead of banning them outright, like previous versions of the bill had sought to do.

Rep. Frank Pallone Jr. (D-NJ), who chairs the House Committee on Energy and Commerce, which had advanced the amended the bill to the House floor by a 46-5 vote, stressed the need for uniformity in the sport's oversight that he said can only be achieved by doing away with the current model of disparate regulation in which rules are set by the 38 individual states that allow pari-mutuel horse racing.

“The bill establishes uniform standards for medication and anti-doping control, and racetrack safety for Thoroughbred horse racing,” Pallone said. “This will help ensure that we can maintain a safe, thriving horse racing industry. It also applies stronger safeguards and enforcement against performance-enhancing drugs [PEDs]. For a sport in which fans place billions of dollars of bets, trust in the authenticity of competition is crucial. The very legitimacy of the sport is undermined if the competitors and public cannot trust that all racehorses are competing on a level playing field.”

Rep. Paul Tonko (D-NY), who has co-sponsored three different versions of the Integrity Act (including the current amended version), framed the House's passage of the bill as an opportunity to lock in a better future for horse racing.

“That patchwork system simply doesn't work. This national approach brings great hope to the integrity of this great industry. If horse racing is to thrive as an industry and once again capture the public's imagination, we must do better,” Tonko said.

Tonko explained how the new board of the independent authority would include “voices representing a spectrum of perspectives within the horse racing industry.” Yet he also stated how representation on that board would be “subject to strict conflict of interest rules.” He did not offer specifics on how to achieve that difficult balance of inclusion and objectivity.

Several representatives who spoke in favor of the bill referenced an honor roll of America's great racehorses when championing for passage of the HISA. Yet Rep. Andy Barr (R-KY) spoke instead about the raw economics of the horse industry, which he said contributes between $26 billion and $50 billion (depending on the estimate source) in direct economic impact to the U.S. economy, while employing 988,394 workers.

“Advocating for this industry requires more than just celebrating its proud heritage,” Barr said. “I've always believed that the future prosperity of this sport depends on uniformity of the rules of racing.”

Barr, who co-chairs the Congressional Horse Caucus and who, in conjunction with Tonko, has co-sponsored three versions of Integrity Act, said that the current lack of uniformity “has impeded interstate commerce. It has compromised the international competitiveness of the industry. It has undermined public confidence in the safety and integrity of the sport, and the industry is in desperate need of certainty.”

Barr continued: “As a conservative who believes in federalism and states' rights, I nevertheless understand that the Constitution gives Congress the power to regulate interstate commerce precisely for the purpose of eliminating these kinds of impediments to interstate exchange. And as I've said many times as a limited government conservative, this legislation is not about more regulation. It is about creating a single, nationwide set of rules that will result in smarter, more effective, and streamlined regulation for the industry.”

Barr said McConnell's version of the bill that the House adopted “materially improves on our previous versions by adding a focus on track surface safety and by making reasonable, minor changes that have enabled us to enlarge our coalition of support.”

“I appreciate the willingness of all constituencies within the industry to compromise and to forge a consensus product,” Barr concluded. “This was not easy. But it was necessary to get us to this day [and to] enable the industry to attract a new generation of fans and investors to strengthen the Thoroughbred breed.”