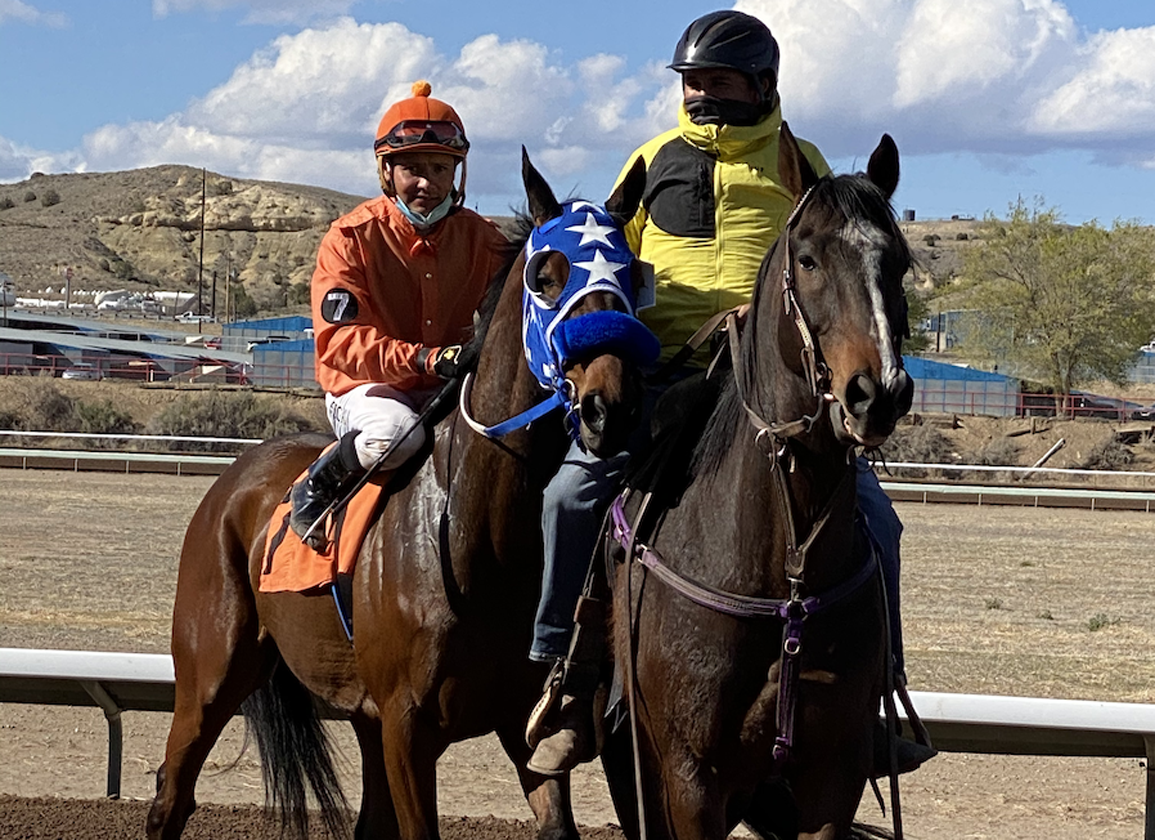 The New Mexico Horsemen's Association filed suit against the New Mexico Racing Commission in federal court late Monday, charging the regulatory body with depriving racehorse owners and trainers of their civil rights and other violations. The horsemen seek compensatory damages, legal fees and other relief the court deems appropriate.

The NMHA, which represents about 4,000 Thoroughbred and Quarter Horse horsemen in New Mexico, already has two lawsuits pending in state court against the New Mexico Racing Commission (NMRC).

Previously precluded from communicating with the commission, contacting any commissioners or attending the regulatory agency's public meetings on, the NMHA turned to the federal court–filing against the NMRC, as well as the individual commissioners–under Section 1983 of the Civil Rights Act and the New Mexico Tort Claims Act. The action creates the potential for individual members of the commission to be held personally liable.

“The commissioners are deliberately attempting to do away with the horsemen's association,” Mitchell said. “We're prepared to prove, in court, that this is being done intentionally. They haven't hesitated to do everything in their power to shut out New Mexico's horsemen, and ultimately shut down the NMHA.”

The NMHA filed suit in the Second Judicial District Court in Bernalillo County in December to stop the commission's years-long practice of taking horsemen's purse money to pay the racetracks' liability insurance on jockeys and exercise riders, in clear violation of state law. The NMHA stated the funds amount to over $8 million. The horsemen returned to court in May after the commissioners ordered tracks to shut off the NMHA's revenue stream, derived from access to funds horsemen have earned from purses.

According to the NMHA, the funds in question are used to pay medical fees for its members, the NMHA's Political Action Committee and administrative costs, including the oversight of the purse account for the horsemen and the state's five racetracks.

“We have never taken money from the purse funds to benefit our organization,” Mitchell said. “In fact, we took our own money to pay for the accounting, collection, management, dispersal and annual audits of how this money is handled. The taxpayer was not paying for us to do all of this. We were doing it for free, paying for it through contributions from our members, and the commissioners now say 'stop.'”

He continued, “They wish to get their hands on this money and use it how they see fit–which is basically to pay the costs of running the racetrack, thereby allowing more money to go into the casinos' pockets. Sadly, the commission, which is supposed to be fair and equal to everybody, sees no obligation to be fair to the horsemen.

Additionally, the NMHA states that funds have been directed into owners' earnings based on race results.

“When the race is run, the purse is paid and that now becomes the winning horseman's money,” said long-time racehorse owner and NMHA President Roy Manfredi. “By their actions, the racing commission has taken away the NMHA's ability to provide financial assistance to horsemen in need. That's the same as saying you cannot donate to the March of Dimes, the NRA or any other organization, simply because your employer doesn't like the March of Dimes or the other organization. Once the money is paid to an individual who owns a horse, that money is theirs and they can do whatever they want with it. During the pandemic, the NMHA provided $100,000 in alfalfa and grain to the horsemen when we weren't able to run.”

“All we've ever asked them to do is just follow New Mexico state statute, which are laws. This commission considers them suggestions.”