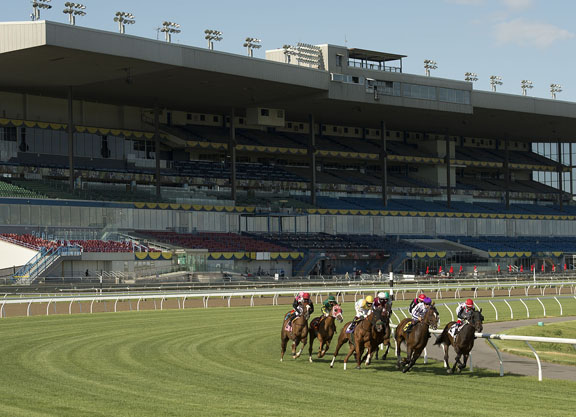 The Government of Ontario announced a three-step 'Roadmap to Reopen' the economy plan Thursday based on decreased daily COVID-19 case counts, lower hospitalization rates, and the percentage of vaccinated residents. Live horse racing is included in Step One of that plan, which is estimated to begin Monday, June 14.

Officials at Woodbine Entertainment have announced that the 2021 Standardbred season at Woodbine Mohawk Park will resume Monday, June 14, and then continue its regular five race days per week schedule (Monday, Tuesday, Thursday, Friday, Saturday). The 2021 Thoroughbred season at Woodbine Racetrack will commence Friday, June 18 and continue Saturday, June 19 and Sunday, June 20 for the opening weekend. It will then go to four race days per week (Thursday, Friday, Saturday, Sunday).

Officials at Woodbine Entertainment also confirmed that it is prepared to accelerate the resumption of live racing sooner if the Government of Ontario enters Step One of the 'Roadmap to Reopen' plan earlier than expected.

“On behalf of the horse racing industry and the thousands of families who depend on it, I would like to thank the Premier's Office and local health authorities for providing some much-needed clarity,” said Woodbine Entertainment CEO Jim Lawson. “While the timing is not ideal, we can now prepare for the resumption of live racing with a degree of certainty. I would also like to acknowledge Ontario horse people for their patience and resiliency during the past several months.”

Woodbine Entertainment also confirmed that it has received permission from the Alcohol and Gaming Commission of Ontario (AGCO) to host qualifier races at Woodbine Mohawk Park starting Thursday, May 27.

Updated stakes schedules and condition book/sheets will be shared in the coming days.