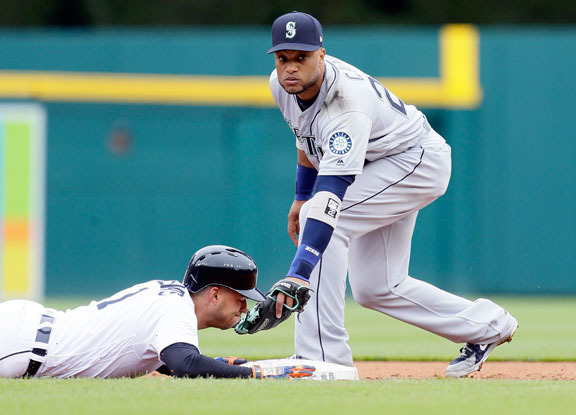 Lasix opponents have often argued that the diuretic can mask the presence of other drugs in a horse's urine sample, a position that seemed to gain credence when the Seattle Mariners star Robinson Cano was banned for 80 games Tuesday because he tested positive for Lasix. Major League Baseball bans Lasix not because it believes it can improve a player's performance, but because it believes it can mask other drugs that can.

But two horse racing experts in the fields of Lasix, drug testing and the administration of drugs contacted by the TDN said that racing has virtually infallible safeguards in place to make sure that Lasix cannot hide the presence of performance-enhancing drugs in a horse's system.

“I am confident that the way we regulate Lasix does not materially affect our drug testing capabilities,” said Rick Arthur, the California Horse Racing Board's equine medical director. “I'm not going to say it has no effect at all, but it is not a significant effect. With the rules that are in place, I don't believe Lasix can be administered in a way that can manipulate a drug test.”

Arthur explained that Lasix does not necessarily mask other drugs. Instead, because it is a diuretic, it causes the dilution of urine, which makes it harder to find other drugs in tests.

“It is a diluting agent,” he said. “What that means is, let's say because of Lasix your urine is twice as diluted. You might normally have 10 nanograms of a drug in your urine and after Lasix use you will have five nanograms. That can take things under the level you need to detect a drug and if that happens you're going to miss it. Diluting urine makes it more difficult to test for certain drugs. That just makes sense.”

Once Lasix started to become a widely-used medication in racing, chemists and racing commissions realized they had to take steps to stop those who might try to use the drug to make more illicit drugs undetectable. Dr. Rick Sams, a professor with Ohio State's Department of Veterinary Clinical Sciences, and Dr. George Maylin, the longtime head of the drug testing program for the New York Gaming Commission, were put in charge of finding a solution to what could have been a serious problem. The two concluded that a horse should not be administered Lasix within four hours of its racing because any shorter period of time would make the dilution effect problematic. The four-hour rule has been universally adopted across the U.S.

“The rules we have now are a direct result of studies that George Maylin and I did in the mid-eighties,' Sams said. “We dosed horses with performance-enhancing drugs and therapeutic drugs, we administered Lasix, we collected urine samples at various times and we determined that with the conditions that Lasix must be administered four hours before a race and with a maximum dose of 25 milligrams, there was no significant effect on the concentration in the urine sample. That was an issue that was paramount leading up to the mid-eighties when Lasix administration was banned by the predecessor to the ARCI. They recommenced a ban on furosemide nationwide due to its potential to help hide others drugs, just like you saw with this baseball situation.”

Cano has admitted to taking Lasix and has accepted his suspension, which will cost him $11.85 million in salary. In a statement, he said he had been given a prescription by a doctor in the Dominican Republic and was using it to treat a “medical ailment.” He denied using any performance-enhancing drugs.

“Furosemide use in humans is pretty much limited to cardiovascular disease, to hypertension,” Sams said. “I wouldn't necessarily expect to see it used in a healthy adult his age [35].”

Lasix, and all other diuretics, are banned by the World Anti-Doping Agency because of the possibilities they can alter the results of drug tests.

If Cano were in fact using Lasix in an attempt to beat drug tests for steroids or other PEDs, that raises a lot of questions that are hard to answer. Racehorses are tested after a race. Baseball players are tested on a random basis. Was he taking Lasix around-the-clock in case a test was forthcoming or did he have advance knowledge of when he would be tested? Either way, there would be nothing in place that would have prevented him from taking Lasix within a time frame where he could have diluted his urine.

“I'm not surprised that a human athlete got suspended for Lasix,” Arthur said. “It's just hard for me to understand why he would be taking Lasix. It's a pretty dumb thing to do because it's very easy to test for. You're not going to be able to take Lasix and dilute your urine and not have anybody figure out you took Lasix. I don't understand why a baseball player would be taking Lasix. Whoever advised him to do that wasn't very smart.”