Horse Health: Equine Influenza and How to Minimize Your Risk 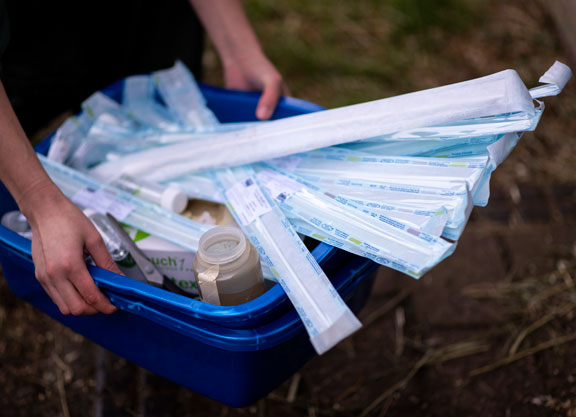 Biosecurity should be a year-round concern for any farm, equine competition venue or other location in which horses are kept, but recent outbreaks of communicable diseases around the world have horsemen on heightened alert.

More recently, an outbreak of equine influenza in an active training yard prompted the cancellation of racing at tracks throughout Britain. More locally, nine horses have now been confirmed positive for equine influenza after being stabled at the World Equestrian Center, an equestrian competition venue in Columbus, Ohio. Several other horses who had recently competed at the facility were diagnosed with the virus once they returned to their home base in Indiana.

Endemic to most countries throughout the world, equine influenza is a highly-contagious airborne virus that causes respiratory issues in horses. It can be spread by horses in close proximity, but can also be spread by people who work with horses via clothing and stable equipment and by horses coming in contact with surfaces that have not been properly disinfected, such as in trailers or stalls/barns.

“Equine influenza is considered by many to be the most contagious equine disease, so it's important to pay attention to all entries on your farm, such as trucks, people, suppliers and such, but ironically the virus is not very resistant in the air and long-term on surfaces,” said Camille Vercken of Equiways, an international equine biosecurity consulting company based in France. “Direct contact between horses is the biggest threat, but materials and people can carry it as well, so often the biggest risks come from horses in close proximity at the races and during training, transport, at the sales and in the breeding shed– everywhere horses meet and see each other within a cough's reach.”

Horses are required to be vaccinated for equine influenza to be stabled at most major venues throughout the U. S., including racetracks and U. S. Equestrian Federation-sanctioned events, however much like the flu vaccine for humans, the vaccine only covers the most common strains of the disease. It also cannot unequivocally prevent the disease; however it can lessen the clinical symptoms, effects and duration of the disease.

“This virus can mutate quickly and vaccination is not as efficient in the case of mutation, but it still greatly reduces the probability of the severity of the sickness when horses become infected,” said Vercken.

Typically, horses infected with equine influenza first present with a fever, which is when they are also shedding large quantities of the virus into the environment and are most contagious. Soon thereafter horses can develop depression, loss of appetite, weight loss, a dry cough and decreased body condition. Depending on the severity of the symptoms, it can take the respiratory tract 50 to 100 days to fully recover. Returning a horse to work prior to full recovery can jeopardize a horse's long-term health.

“The results of an equine influenza infection can be devastating,” said Vercken. “It can take an adult horse out of work for weeks, can cause temporary infertility in stallions due to the fever, and can be fatal to foals and young stock due to threat of pulmonary infections. Common sense biosecurity is key, such as not sharing equipment from one horse to the next, cleaning hands between horses and, of course, vaccination. Close monitoring, including taking temperatures twice a day, for early detection remains one's best ally at times like these, in order to ensure immediate measures are taken if a horse becomes infected.”

This story was posted in Horse Health, Shared News.