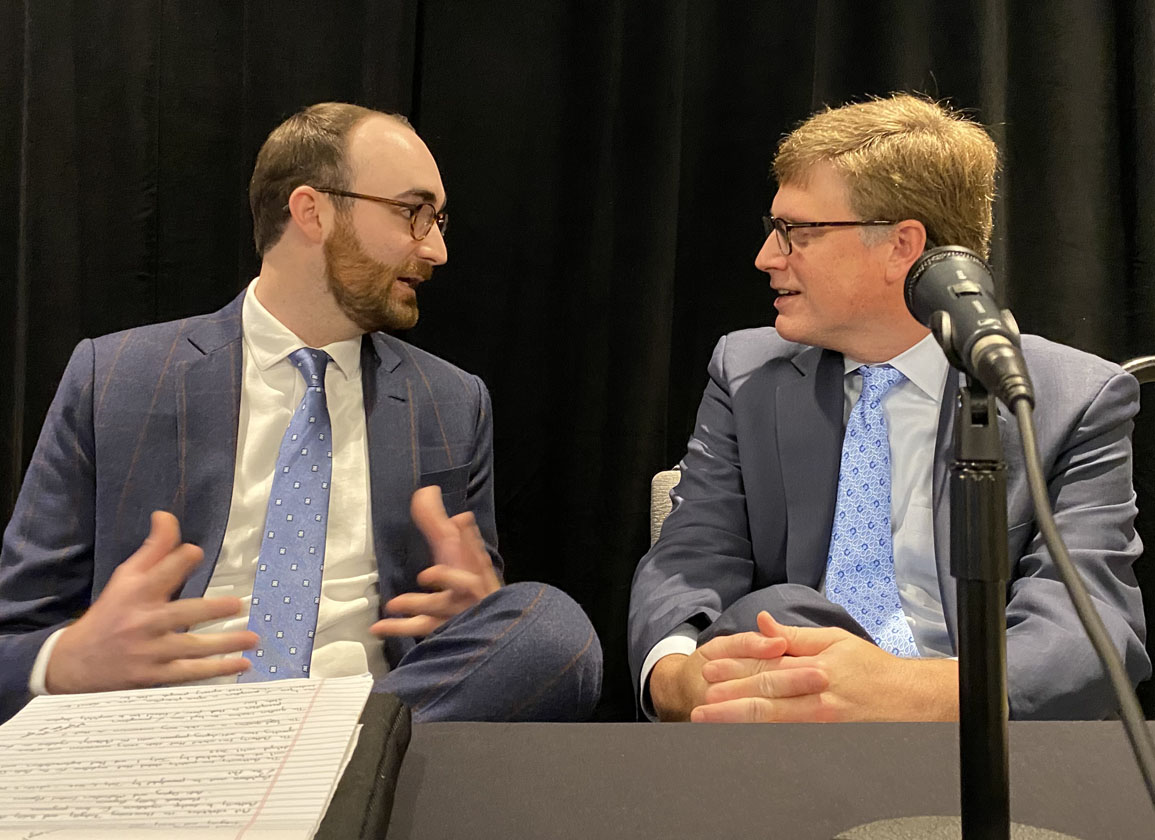 LEXINGTON, KY–The Horseracing Integrity and Safety Act (HISA) was a popular topic of discussion on Tuesday at the Association of Racing Commissioners International's (ARCI) 88th Annual Conference on Safe Horses and Honest Sport.

Early in the day's session, a panel was held on the potential legal issues that could arise with the implementation of HISA. John Roach, HISA's general counsel, joined panelists Nolan Jackson and Joel Turner of Frost, Brown, Todd, LLC.

The first issue examined concerned HISA's possible qualification as a Federal Advisory Committee Act (FACA), a federal law that places special emphasis on open meetings, public involvement and reporting. The legal implications of if HISA does qualify could mean that its authority would be required to give advanced notice of its meetings and make meetings available to the general public. Jackson said that HISA's authority appears to have taken the position that FACA does not apply.

“It's important to note that HISA has not complied with the Federal Advisory Committee Act, at least not up until this point in time,” he explained. “Perhaps that is because FACA is fairly narrow in scope. It only applies to advisory committees that are established by law or utilized by the federal government  in some way. It only applies to federal advisory committees that exist to provide advise or recommendations to the federal government, generally meaning the President or a federal agency of some kind.”

While HISA's Racetrack Safety Program is scheduled to go into effect on July 1, 2022, yesterday HISA CEO Lisa Lazarus said they will be making an announcement about an agreement with an enforcement agency for the Anti-Doping and Medication Regulation Control (ADMC) program by next month and hope to launch the program on January 1, 2023. While she said yesterday that until then, states would continue with their own oversight, several legal questions were brought up in the panel regarding potential issues that could arise for state regulators.

“I think we have a couple different issues here,” Turner said. “First, HISA has not promulgated the rules yet, so you [regulators] are scratching your heads and asking what happens after July 1. Second, there's a statement [within the act] of exclusive and independent jurisdiction that would seem to raise the question about whether or not you can continue to regulate on a state-by-state basis.”

Turner emphasized HISA's burden to create a detailed anti-doping and medication regulation program in the short period since Congress passed the bill enabling HISA in December 2020.

“Under the circumstances, I think it's very understandable why we haven't gotten to the point where we have medication and anti-doping rules,” he said. “They're very complex to begin with and to get consensus on those rules can be very challenging. I'm looking at it from the perspective of an owner or trainer that is charged with a medication violation after July 1. What is the lawyer going to tell them about how he can defend that case? In this instance, we really have a gap.”

“The problem is that the authority's jurisdiction as defined in the act is really broad,” Jackson later added. “The act talks about national, exclusive, independent jurisdiction on the part of the authority. It leaves little room for states to think about what they're left to address. I think that while HISA has taken the position that states are able to continue enforcing their rules beyond July 1, there is an expressed preemption clause in the act, albeit specific, that could be an obstacle if this were to come up in litigation.”

While Jackson and Turner expressed their opinion that there was a definite gray area for regulators regarding anti-doping and medication regulation within the later half of this year, Roach said he believed the matter was much more clear cut, stating that HISA has taken the position that they will not preempt until they act.

“As it relates to the preemption issue, the text in this statute is pretty clear to me,” he said. “We do not preempt your laws until we promulgate regulations that are approved by the Federal Trade Commission. If we have not promulgated, you are free to continue to do what you are doing.”

Roach used the example of regulations regarding the riding crop to explain further. On July 1, HISA standards regarding the riding crop will go into effect because they are addressed in the Racetrack Safety Program. Other issues concerning safety on the racetrack that are not addressed in HISA's new regulation–in his example he mentioned drunkenness on the backside–will be left for the states to take on themselves.

Roach pointed out the advantages for state regulators once the ADMC program does go into effect as cases begin going through HISA's appeal system.

“When we talk about cases in the news for drug violations that have gone on for over a year, once HISA is up and running, the state courts have no more role,” he explained. “We will have a consistent approach and from a legal standpoint, you're not going to have to worry about injunctions in all different kinds of state courts. The one assurance I can give you, whether it's with lawsuits filed or any kind of legal issue, we are hiring the best that we can find to help us make sure we can implement this act in a way that can be defended at every point because we know how important it is to this industry.”

Roach later added that if an issue does arise in a state before January 1, 2023, HISA and possibly the Federal Trade Commission would be available to extend their assistance.

Later in Tuesday's session Steve Keech, HISA's Technology Director, gave a presentation on HISA's database registration process. The database is in the works now but has no set launch date. It will include data on horses and industry participants involved in 64 different racing-related occupations.

Keech gave an overview on how an owner will register within their system and he also explained that the system will link with other databases such as Equibase and InCompass Solutions. The database will include information on every horse in the system, from their current location and vaccination record to when they were last on a vet's list.

The 'Q and A' section of Keech's session led to much discussion on what this data would be used for and what would happen if an individual did not register. Attendees raised questions regarding how grooms would know to register, noting the current challenges behind getting backside workers appropriately licensed. They also asked who would be a responsible if a groom did not register.

Lazarus jumped in to explain that their authority is aware of and working through these issue. She said HISA will soon be launching a communication campaign to spread the word and that they have already asked several jockeys for help in advising on how to make the registration process user friendly. Lazarus explained that the program will also be offered in Spanish and said that no one will be responsible if an individual is not registered, instead it will become a question of whether or not they will be able to participate and be allowed onto the backside.

The ARCI convention continues April 13 with several presentations including an analysis of the pending federal court challenges to HISA.