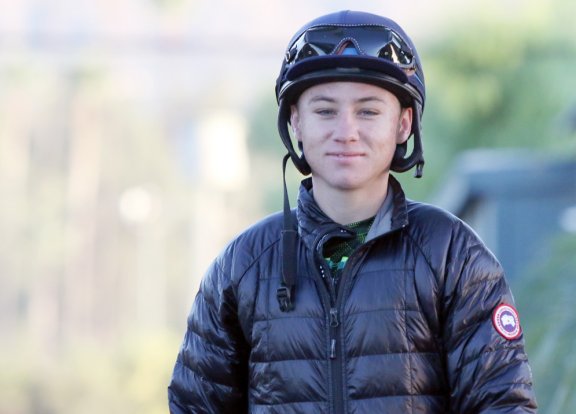 Defending itself against contempt-of-court allegations for purportedly violating an under-dispute preliminary injunction order by imposing riding infraction penalties upon Jockeys' Guild members nationwide, the Horseracing Integrity and Safety Act Authority (HISA) fired back in federal court Tuesday with a filing that stated the plaintiffs' argument “fails the straight-face test.”

At issue is the still-disputed nature of the wording in a July 26 injunction order out of United States District Court (Western District of Louisiana), which stated that HISA rules would be enjoined in two plaintiff states until a June 29 lawsuit got decided in that court, while also noting that, “The geographic scope of the injunction shall be limited to the states of Louisiana and West Virginia, and as to all Plaintiffs in this proceeding.”

The plaintiffs–most specifically, the Guild–believe that last line of the judge's words applies to “all of the members of the Jockeys' Guild, regardless of the U.S. jurisdiction in which the jockey is riding.”

The HISA defendants have maintained that individual members of the Guild are clearly not plaintiffs in the lawsuit, and to consider them that way “would wreak havoc on the sport.”

HISA had asked the court to provide a clarification of the wording, but had first appealed the preliminary injunction to the Fifth Circuit Court of Appeals, which resulted in a stay being issued.

Now it appears as if the lodging of that appeal means no clarification will be forthcoming until the Fifth Circuit Court decides the matter it has been asked to consider, as per a separate order handed down early Tuesday evening by the district court.

On Aug. 2 the plaintiffs, led by the states of Louisiana, West Virginia, and the Guild, had moved for a federal judge to issue an immediate order to enforce its injunction to keep Guild-member jockeys from being subject to HISA rules nationwide.

The plaintiffs also wanted the judge to make the HISA defendants explain to the court why they should not be held in contempt for “flagrantly violating this Court's injunction within a mere four days after this Court entered it.”

The Aug. 9 filing by HISA painted that dispute in a different light.

“Plaintiffs' contempt motion is beyond the pale,” is how the HISA filing started off.

“For starters, the Fifth Circuit has now stayed the preliminary injunction (PI) Order in substantial part, including as it relates to the riding-crop rules and other safety regulations that form the basis of Plaintiffs' motion,” the filing continued.

“In any event, until the Fifth Circuit's stay, the Authority complied fully with the PI Order as written. Indeed, the Authority's affirmative steps (out of an abundance of caution) to clarify the scope of the injunction contradict any suggestion that the Authority willfully flouted the Court's PI Order.”

“There is good reason that the Order does not extend to all of Plaintiffs' thousands of individual members nationwide: That would transform the Court's limited preliminary injunction into the sort of expansive nationwide injunction that the Supreme Court and Fifth Circuit have sharply criticized, and it would wreak havoc on horseracing in every racing state [because some] jockeys would be subject to less protective rules (or perhaps no rules at all), while others remain subject to HISA rules.

“That is untenable,” the HISA filing summed up. “Yet Plaintiffs have offered no response to those critical legal and practical realities.”

In the Aug. 2 filing by the plaintiffs, three Guild-member jockeys (the California-based Drayden Van Dyke, plus Florida-based Edwin Gonzalez and Miguel Vasquez) were alleged to be plaintiffs who purportedly suffered new harms resulting from HISA's whip-rule enforcement that the Guild believed to be in contempt of the injunction order.

But HISA's response on Tuesday pointed out that the first two of those jockeys have yet to avail themselves of HISA's process to request stays pending appeals, and the third was never even formally penalized for the whip infraction that the Guild had alluded to in the court filing last week.

“Those jockeys have not suffered concrete harm for other reasons, too,” the HISA filing stated. “For example, the cited infractions for jockey Drayden Van Dyke (resulting in a 1-day suspension and $250 fine) would have violated California's own (pre-HISA) crop rules, and resulted in an even greater penalty. And no adverse ruling was even issued against jockey Miguel Vasquez.”