Home » Archive » Top News » HISA Board Chair: We Will Be Tough

HISA Board Chair: We Will Be Tough 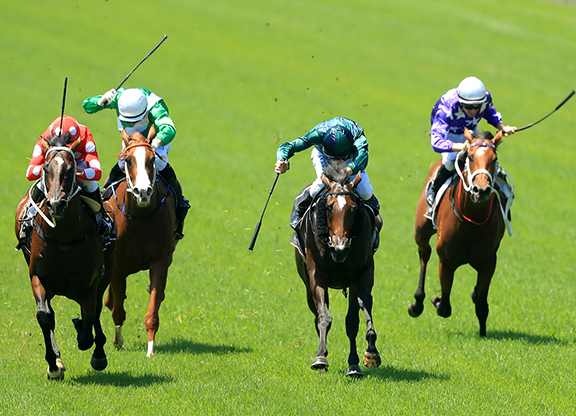 Addressing the media Wednesday through a Zoom call, Horse Racing Integrity and Safety Authority Chair Charles Scheeler said that the authority will go to great lengths to clean up the sport and its efforts will include increased out-of-competition testing and investigative work that goes beyond the standard methods of drug testing.

When asked whether or not rules and penalties under the authority may be stricter than they are currently with state racing commissions, Scheeler replied: “It's certainly a possibility in some areas.”

He continued: “We need to make it so there is a sufficient deterrent so that the people who would violate these rules will think twice or three times and ultimately won't do it. My firm belief is that no matter how robust the drug testing system is it's not going to be sufficient in and of itself to deter the sort of doping that we want to deter. What we want to add in a very powerful way is an investigative unit to enforce the anti-doping rules. You see in sports that the greatest deterrents all came out of non-test cases, like Balco and Biogenesis and the recent work of Five Stones in horse racing. We intend to have a vigorous component to follow up on the rumors or the syringe that is found in the stall. What you have to come up with is comprehensive package that will significantly decrease usage. Some folks just look at it as, not if I should play fair or not, but through a very cold blooded cost-benefit situation. The costs have to be greater than the rewards.”

To achieve those goals, out-of-competition testing will be increased under the authority.

During the 30-minute session with the media, Scheeler touched on a number of subjects:

(*) He said that racing will become more popular with the general public once the sport has been cleaned up.

“A cleaner and fairer sport is also going to be a more popular sport,” he said. “Quite frankly, one of the reasons horse racing has lost popularity is that many have been turned off by the fact that you have so many horses breaking down during the course of a racing season.  It is our job to make racing safer for the horses and for the jockeys. It is our premise that if we do so then horse racing will have chance to regain some of the popularity it used to enjoy. It is essential for the long term viability and popularity of the sport that we show we are doing whatever we can to make this sports safer for the participants.”

(*) Lawsuits questioning the constitutionality of HISA are pending and could delay the implementation of the Horseracing Integrity and Safety Act. Scheeler said those lawsuits have not kept the authority from moving forward. HISA is supposed to go into effect July 1, 2022.

“The lawsuits are not stopping the work from going forward,” Scheeler said. “We have started our work and we fully intend to meet the deadlines that are set forth in the act. Not only do we need to be up and running by July, 2022 but also we have to get a whole slew of proposed rules to the Federal Trade Commission so they can provide the public with an opportunity for review and for comment. We have every intention of being up and running in July, 2022 and meeting the deadlines in the act.”

(*) Scheeler cited the ongoing story with Medina Spirit (Protonico) as an example of what's wrong with the current system of policing the sport and enforcing the rules.

“I do think that the situation with Medina Spirit is instructive in a couple of areas,” he said. “One of the problems is that you have different types of penalties in different states for betamethasone and we really need to have a uniform system. It is very confusing to the public that certain levels of different medications are allowed in some jurisdictions and not in others. In this era, horses travel and compete in any number of jurisdictions. What we will bring to the table that will be very helpful in this type of situation is a system whereby the public is going to know what the rules are and that they are going to be the same in every Triple Crown race. The tolerances will be the same, the permitted substances will be the same and that there will also be testing in the same fashion. If there is a sanction it will be applicable across the board and not at some racetracks and not others. What this particular situation really speaks to is importance of having a uniform results management and enforcement structure.”