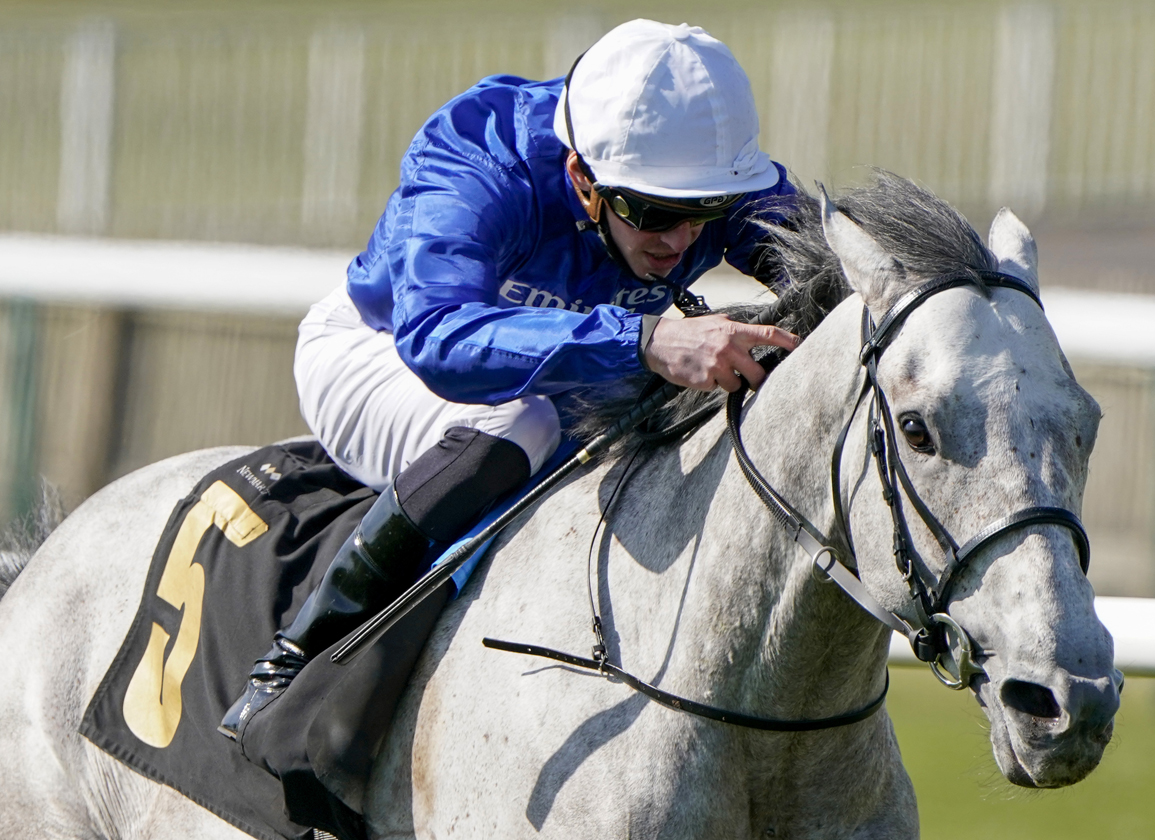 Listed winner Highland Avenue (Ire) (Dubawi {Ire}) is in good order ahead of an intended start in the G1 St James's Palace S. at Royal Ascot on June 15. The Godolphin flagbearer broke his maiden at second asking at Kempton in January, and followed up with another win going a mile there on Mar. 3. He captured the Listed Feilden S. at Newmarket on Apr. 3 and was only a half-length second in the Listed Heron S. at Sandown on May 20.

“Highland Avenue will go for the St James's Palace S.,” trainer Charlie Appleby told Sky Sports Racing. “I believe when you go to Ascot you have to be battle-hardened, and he's put that onto his CV now. Sandown was very much a stepping-stone to the St James's Palace, as long as he ran well. I'm very much looking forward to seeing him on a quicker surface at Ascot.”

Another Godolphin/Appleby runner for the St James's Palace S. is La Barrosa (Ire) (Lope de Vega {Ire}), the winner of the G3 Tattersalls S. as a juvenile. Second to stablemate and G1 QIPCO 2000 Guineas runner-up Master Of The Seas (Ire) (Dubawi {Ire}) in the G3 Craven S. at Newmarket on Apr. 15, the colt was sixth in the G1 Tattersalls Irish 2000 Guineas on May 22.

“We'll add to La Barrosa to the St James's Palace picture. We were pleased with his run on his last start,” he said. “He's come out of the race well, and deserves to be in the line-up.”

“Naval Crown is going to drop to seven for the Jersey,” he said.

“He lost nothing in defeat on his first run back in the Free H., and ran a gallant race in the Guineas. The pace angle is very much his forte. We might step Creative Force up from six to seven to run him in the Jersey as well. On what he has achieved he deserves to be at Ascot. On his pedigree, there is no reason why he shouldn't step up to seven.”

The aforementioned Master of the Seas has returned to work after being derailed by a minor setback that prevented him from starting at Royal Ascot. The G1 Prix du Moulin is now on his calendar in September.

“Master Of The Seas resumed back into work last week,” said Appleby. “He'll build up day by day, week by week, now. We were pointing him towards Goodwood for the [G1] Sussex, but I felt the track would not quite suit him there. The Prix du Moulin is a more realistic target. Long-term the Breeders' Cup at Del Mar will be tailor made for him.”

The G3 Jersey S. at Royal Ascot is the likely next race for Listed Surrey S. hero Mehmento (Ire) (Mehmas {Ire}), although he also holds an entry in the G1 Commonwealth Cup S. Earlier in the season, the Hambleton Racing XLVI & Partner runner had been a close second in the G3 Greenham S. at Newbury in April, but ran unplaced in the G1 French 2000 Guineas on May 16 prior to his Epsom score.

Cosmo Charlton, head racing manager for owners Hambleton Racing, said, “We're looking towards Royal Ascot with him now– probably most likely for the Jersey, but also considering the Commonwealth Cup. I think Archie is probably leaning towards the Jersey at the moment, but we're keeping an open mind.”

Another Hambleton-owned horse is G1 QIPCO British Champions Sprint winner Glen Shiel (GB) (Pivotal {GB}), who is being readied for the G1 Diamond Jubilee S. The gelding ran fourth in his seasonal reappearance in the G2 Greenlands S. on May 22.