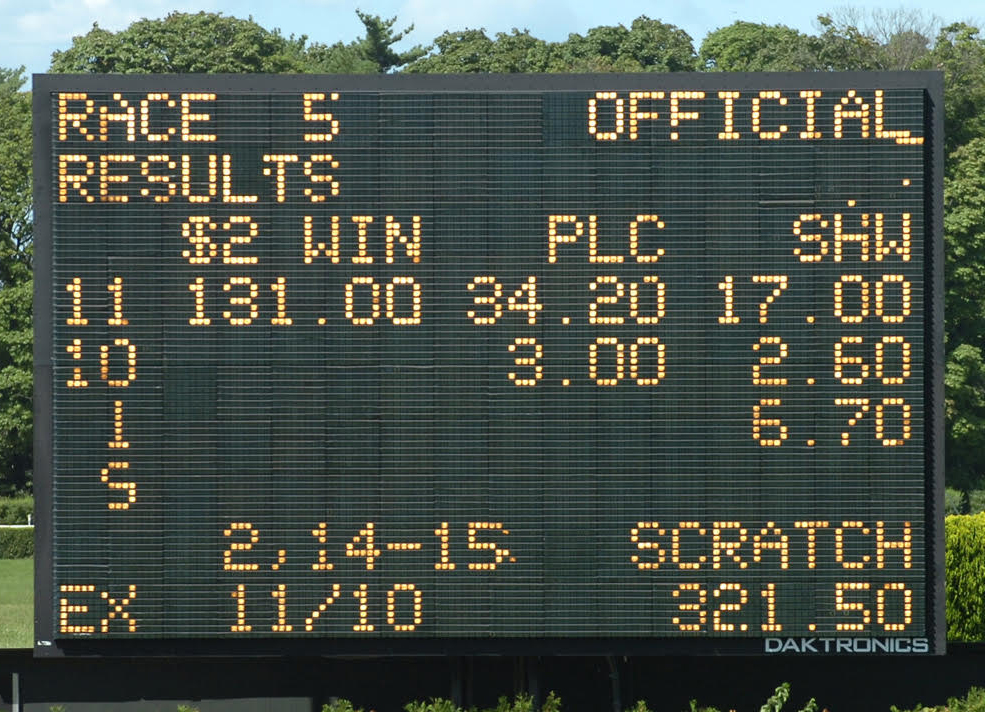 If you bet on horses virtually anywhere in the world today, you won’t just be competing against your fellow run-of-the-mill horseplayer or the bookmaker at the local betting shop, but against teams of sophisticated, high-tech gamblers who will be pouring millions through the windows. And guess what? They’re a lot better than you. So much so that horse racing needs to examine whether or not these “high-volume players” are making betting on the sport a disastrous proposition for the rest of us.

Computer technology and the invention of rebates have given rise to a phenomenon that has made a small number of individuals rich while drastically changing the economics of wagering. Some really smart people have taken to using computers to crunch every conceivable piece of data available on horses, jockeys, trainers, track conditions, and other factors, and then are using the information to churn out the probability of a horse winning or an exacta or trifecta coming in. The computer may tell them that a particular exacta has a 10 percent probability of coming in and should be paying $20. If it is actually paying $35, they will bet on what they know to be an inefficiency in the market, or an overlay. Their bets are always made at the very last possible second, among the reasons why a horse might enter the gate at 4-1 and be 5-2 by the time the field hits the top of the stretch.

The beauty of their system is that they don’t even have to beat the odds, though some do. With rebates available to these players of 10 percent or greater, all they have to do to win is lose less than their rebate.

One of the first people known to have used computer technology to beat the races is an American named Bill Benter, who started wagering into the huge pools in Hong Kong in the late-eighties and has reportedly won millions. Others followed, including Zeljko Ranogajec, who is reputed to be the world’s biggest gambler. Known by most simply as “Jelko,” he is of Croatian descent but was born in Australia in 1961. He discovered horse racing after being banned from Blackjack tables throughout the world and, according to his Wikipedia page, accounts for 6 to 8 percent of all the money wagered through the tote company TabCorp on racing in Australia. Over the last decade or so, the secretive Australian and his team have reputedly been the biggest bettors in U.S. racing and reports have stated that he is “worth billions.”

That means high-volume computer teams are betting roughly over $2 billion a year, which, at first glance, would seem to mean they should erect a statue honoring some of these players outside Santa Anita, Gulfstream or Saratoga. Most tracks and ADW companies covet their business, competing for their handle by offering sweetheart simulcasting deals and lucrative rebates. Because these bettors protect their anonymity and, for obvious reasons, don’t want to share their betting secrets, you won’t see any racetrack executive mention a word about them. Most ordinary racing fans and bettors probably don’t even know this caliber of player exists.

At the 2014 Belmont Stakes, winner Tonalist was 11-1 when the field went into the gate, but 9-1 on the clubhouse turn, a mammoth shift considering the size of the pool. It is well-known among gambling insiders that two leading high-volume computer teams caused a $24 Belmont Stakes winner to become a $20.40 winner.

And therein lies the problem. How much did they win on the Tonalist bet and how much did they cost everyone else who wagered on that horse? When an individual or groups of people are that good when it comes to pari-mutuel gambling, which pits players against one another instead of against the house, they are taking an inordinate slice of the pie. That leaves only crumbs for everyone else.

Are they causing the rest of us to go broke? That’s the question.

Let’s do the math. In our hypothetical race, there is $1 million in the exacta pool and the takeout rate is 20 percent, meaning $800,000 is returned to winning bettors. Based on our estimates, if the computer players account for 25% of the exacta pool or $250,000 and their models are so good that they can be expected to break even, before the rebate. That means they take $250,000 out of the winners’ share, leaving $550,000 for the rest of us. The Average Joes bet $750,000 into the race but only $550,000 was returned to them. That means the effective takeout for all but the handful of computer sharpies was actually 26.66 percent. A 20 percent takeout is bad enough. At 26.66 percent, no one can help but to eventually go broke.

Racetrack management either doesn’t get this or doesn’t want to get it. They are apparently more focused on the short-term benefits that come from taking in such huge bets than the long-term damage that has to be a factor when a small group of individuals is so dominant in the betting wars. Oaklawn Park is the only major racetrack in the country that doesn’t allow the computer bettors into their pools.

The success of high-volume computer players must be forcing others out of the game. Racing cannot afford to exhaust its core customers’ bankrolls, but it may just be doing just that. To put it another way, travelers who fly one million miles a year may get free upgrades and club access, but they don’t pay less than everyone else for their ticket, thereby costing the casual air traverler more.

The numbers speak for themselves. In 2003, $15.1 billion was wagered on U.S. racing. Twelve years later in 2015, with the major high-volume teams pumping their millions into the pools, handle had fallen to $10.6 billion. And that is despite an infusion into the U.S. betting pools by the computer players that is estimated to be in the area of $2.5 billion annually. It is also important to consider that a track retains a lower commission from a bet from a huge player because of the rebate and other discounts involved than it does off of you and me.

So, has racing benefitted overall from these players and their huge bets or has it been harmed? It is a vital question that someone needs to start answering.