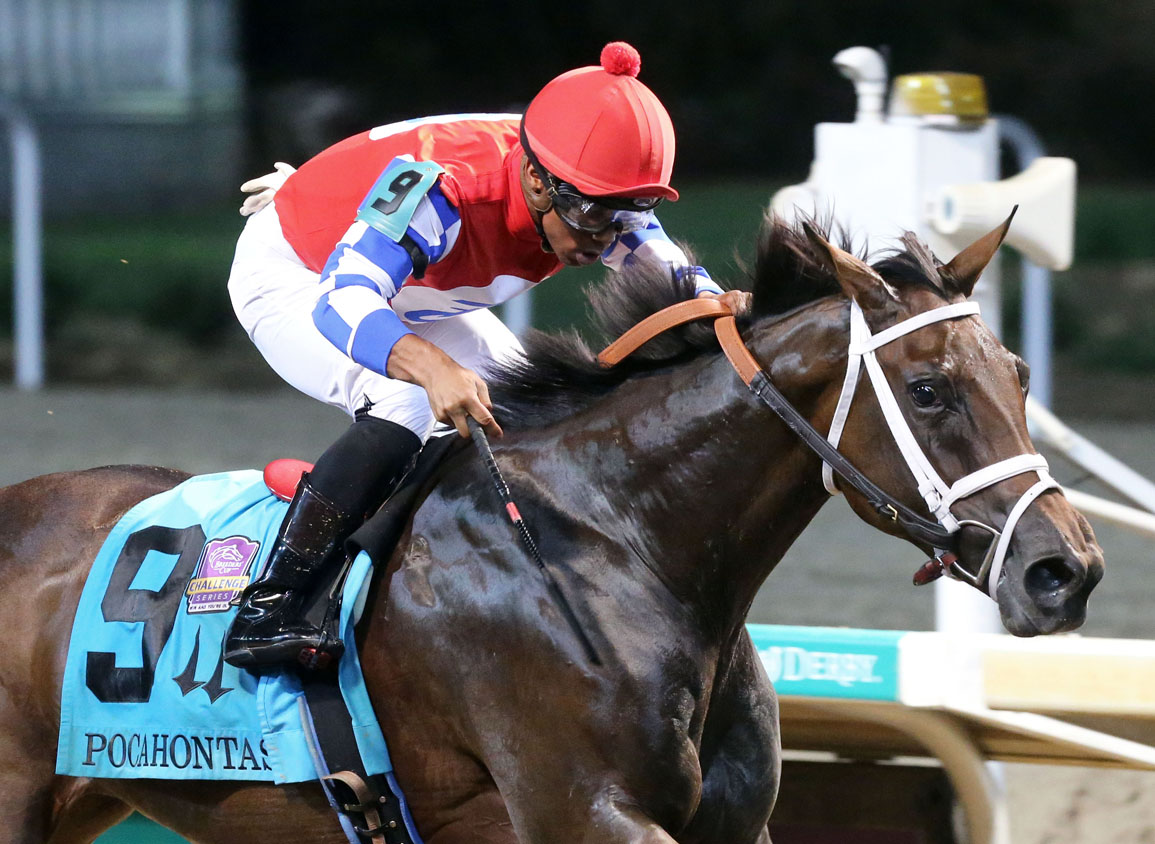 No fewer than three fillies (Untapable, 2014; Monomoy Girl, 2018; and Serengeti Empress, 2019) have used a victory in the GII Rachel Alexandra S. Presented by Fasig-Tipton as a springboard to success in the GI Kentucky Oaks, won so impressively by Rachel Alexandra in 2009. A field of 11 sophomore females will face the starter in Saturday's renewal looking to continue on the road to Louisville on the first Friday in May.

Hidden Connection (Connect) has been made the 3-1 morning-line favorite, a starting price likely inflated by her draw nearest the stands. Not that she hasn't dealt with that type of adversity before–she overcame the eight hole in a field of eight to graduate by 7 1/2 lengths on her 5 1/2-furlong debut at Colonial Aug. 17 and validated that performance with a 9 1/4-length thrashing of her rivals in the GIII Pocahotas S. Sept. 18 at Churchill, where she had gate nine of 10. While she left there running those first two starts, she bobbled at the break of the GI Breeders' Cup Juvenile Fillies and never reached contention, finishing a distant fourth. The dark bay will look to give trainer Bret Calhoun a fourth winner of the race and first since Summer Applause (Harlan's Holiday) scored in 2012.

Trainer Doug O'Neill is always to be taken seriously when shipping horses into the Big Easy and is represented here by Reddam Racing's Awake At Midnyte (Nyquist). A debut winner sprinting at Santa Anita on Halloween, the $320,000 Fasig-Tipton Florida grad missed by a nose in the GIII Jimmy Durante S. going a grassy mile at Del Mar Nov. 27, but atoned with a sharp runner-up effort in the seven-furlong GII Santa Ynez S. Jan. 8. Mario Gutierrez is likely to ask for some speed from the 7-2 morning-line second pick.

Divine Huntress (Divining Rod) easily accounted for a field of Parx maidens going seven panels Dec. 13 following which Eclipse Thoroughbred Partners bought into the Maryland-bred filly. Prohibitively favored for a first-level allowance going an extended mile at the Bensalem oval Jan. 19, she took over at will with about 2 1/2 furlongs to race and shot away to score by nearly 13 lengths while never being asked to run. Jose Ortiz sees fit to take the call for trainer Graham Motion.

North County (Not This Time) is perfect in three starts to date, including a neck success in the Dec. 26 Untapable S., while the rail-drawn La Crete (Medaglia d'Oro–Cavorting) looks to add to her latest score in the Jan. 22 Silverbulletday S.