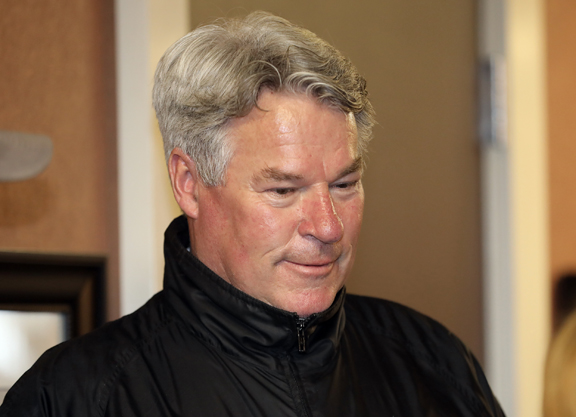 Michael Hernon, who served as Gainesway Farm's Director of Sales for the past 24 years, has launched his own bloodstock agency, Michael Hernon Bloodstock LLC. Starting in the mid-1990s, Hernon managed the stallion books of sires including Broad Brush, Cozzene and Mt. Livermore. More recently, he oversaw the books of leading sires Tapit and Empire Maker, as well as the emerging young sire Karakontie (Jpn).

“Two decades of selling at the highest level of the stallion market was a rare experience, but as Gainesway expanded their bloodstock sales agency, I worked on the farm consignment and

started helping our outside clients with everything they needed to be successful at the sales. We enjoyed a lot of success,” said Hernon.

“Before Michael took over, we were breeding for the top of the market, but not always succeeding at the sales,” said Waymore LLC's Tom Conway. “He put us on the right track, from sales prep to setting reserves, and suddenly we were on fire with two yearlings selling for $800,000 and another for $700,000. We became fast friends and last year I was proud to attend when Michael became a U.S. Citizen.”

Additionally, Hernon is the co-breeder of champion 3-year-old filly Monomoy Girl, winner of the GI Kentucky Oaks and

“I feel everything I have done in this industry has brought me to this new position. Helping people find the right horses and succeed in sales and racing is very satisfying. I look forward to

operating as a bloodstock agent and attending Thoroughbred racing and sales both in the U.S. and in Europe,” Hernon said.