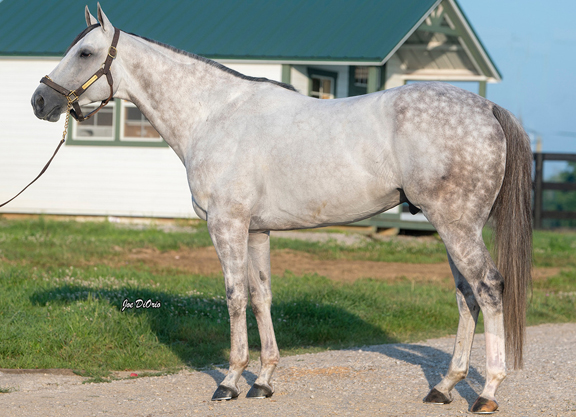 Multiple stakes winner and graded placed Heartwood (Tapit–Maple Forest, by Forestry) will take up stud duties next year at Rancho San Miguel in California. He will stand the 2021 season for $2,500, live foal guarantee. The 6-year-old, who races for the partnership of Stuart Tsuimoto and David Bernsen, won the 2019 King Cotton S., as well as two other stakes races. He was second in the 2018 GIII Fall Highweight H. and third in that year's GIII Mr. Prospector S.

Heartwood is expected to make two additional starts in graded company at Santa Anita in January before retiring to stud. He currently has eight wins from 33 starts and earnings of $486,891.

“We are excited to offer West Coast breeders a stallion prospect of this magnitude by North America's most successful sire of the modern era,” said Rancho San Miguel owner and manager Tom Clark. “Not only does Heartwood hold distinction as Tapit's only dirt stakes winner available in California, he boasts the same broodmare sire as North America's leading freshman sire of 2020, Nyquist.”

Clark continued, “As a direct male descendant of the breed-shaping stallion A.P. Indy, he also complements our existing stallion roster, which includes sires from the Mr. Prospector, Relaunch and Storm Cat lines.”