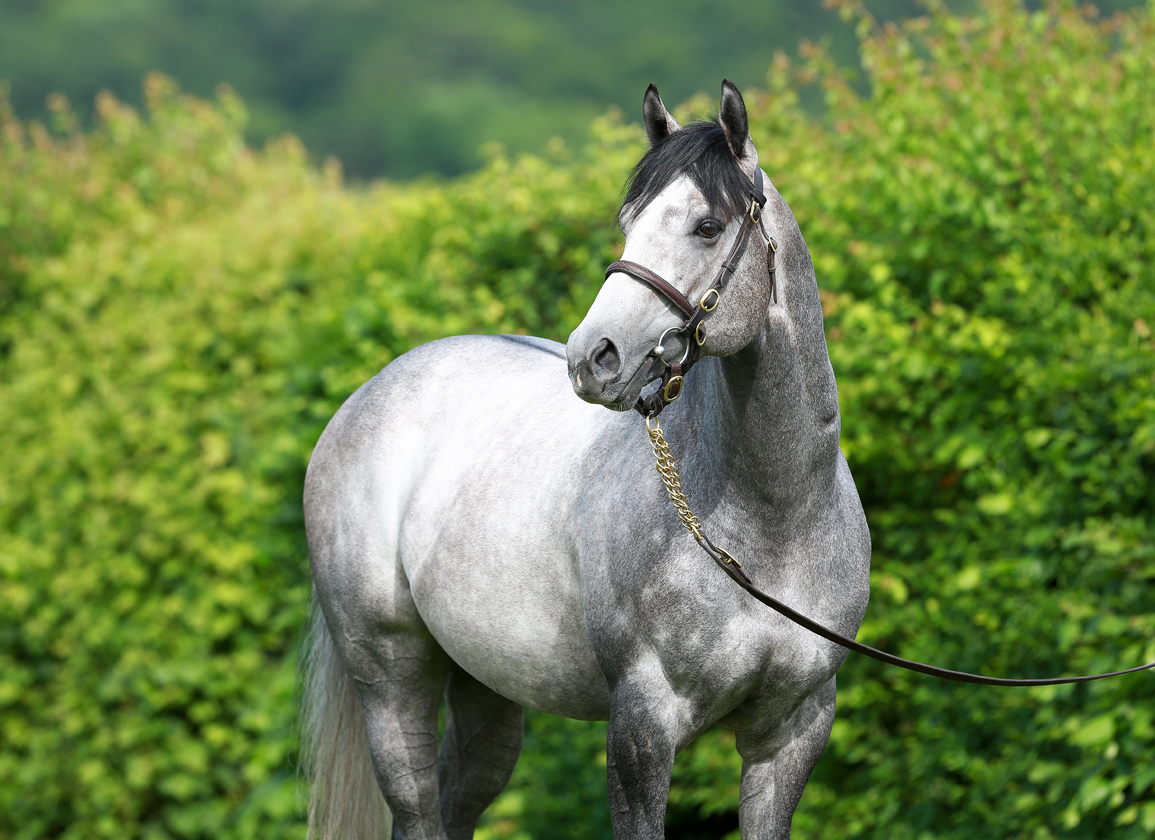 No first-season sire has made an impact with his runners on the track quite like Havana Grey (GB) (Havana Gold {Ire}) has and, for all that Ed Harper of Whitsbury Manor Stud is petrified to tempt fate, he agreed that the early signs are hugely positive for their up-and-coming stallion.

Havana Grey was a brilliant 2-year-old himself, winning the G3 Molecomb S. before finishing runner-up in the G1 Prix Morny and G2 Flying Childers S., but it wasn't until the end of his 3-year-old campaign until he recorded his greatest day on a racecourse.

That triumph came when he snared the G1 Flying Five S. at the Curragh in 2018 and, while Havana Grey has clearly injected precociousness into his offspring with 10 individual winners in Europe on the board already, the most of any first-season sire, Harper is confident that the stallion's offspring will progress with racing.

He said, “It's still very much early days and we're keeping our heads down but, for a horse who ran his best race at the end of his 3-year-old campaign, it's particularly exciting that his progeny appear to be very easy to get to the track.”

Harper added, “We speak with trainers all the time and the one thing we hear is of how hardy his offspring are. Things that would have upset or derailed a yearling during its prep last year, the Havana Greys seemed to just dust it off, which was quite impressive. I think we are seeing that by how many have made the track already.

“They are like the kids in the playground who fall down and scrape their knee or bang their head but get back up and keep on running. They have a great attitude. We're very happy at the moment and are just happy that our clients will hopefully benefit from his brilliant start.”

Havana Grey's progeny have amassed eight wins between them in Britain and Ireland but it's Amuninni (Ire), who broke his duck in Italy recently, who springs to mind as Harper illustrated how the stallion's runners progress from their debut.

Harper said, “They seem to come on from their first run. No-one will have watched this, but a perfect example of this was a colt [Amuninni] that we sold at the Silver Sale at Doncaster for £11,000. He wasn't perfect but he was a good strong colt who went out to Italy.

“He was a little bit lost on his first run but was slow out the gates, which they can be, and it all looked a bit much for him first time out. Second time up, he was like a bullet from a gun and he'd have won [by] 10 lengths if he wasn't eased down.”

Harper added, “Karl Burke told me of how they expected Havana Grey to win first time out and he didn't. He surprised them by how green he was first time out but he really progressed. They really do come forward.”