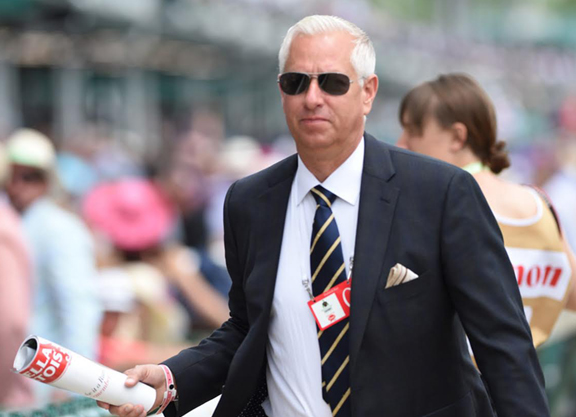 Keen Ice, the only horse to defeat American Pharoah (Pioneerof the Nile) during his historic 2015 Horse of the Year campaign, is using the Harlan's Holiday as a prep for the $12-million GI Pegasus World Cup. He was last seen finishing a well-beaten third in the GI Breeders' Cup Classic at Santa Anita Nov. 5.

“He seems to be in sharp form,” Pletcher said. “The mile and a sixteenth doesn't seem like his ideal distance, but we want to get him something between now and the Pegasus. We feel sharpening him up is better than waiting to run him Jan. 28.”

“He's doing well,” Pletcher said of Stanford. “We gave him some time off after the Met Mile. He seemed to kind of tail off a little bit. We gave him a little bit of a break. He's come back and is training very well and he ran well over this track last year.”

Awesome Slew (Awesome Again), a runaway winner of the GIII Smarty Jones S. at Parx Sept. 5, takes on his elders following a fifth-place finish in the GII Pennsylvania Derby Sept. 24.