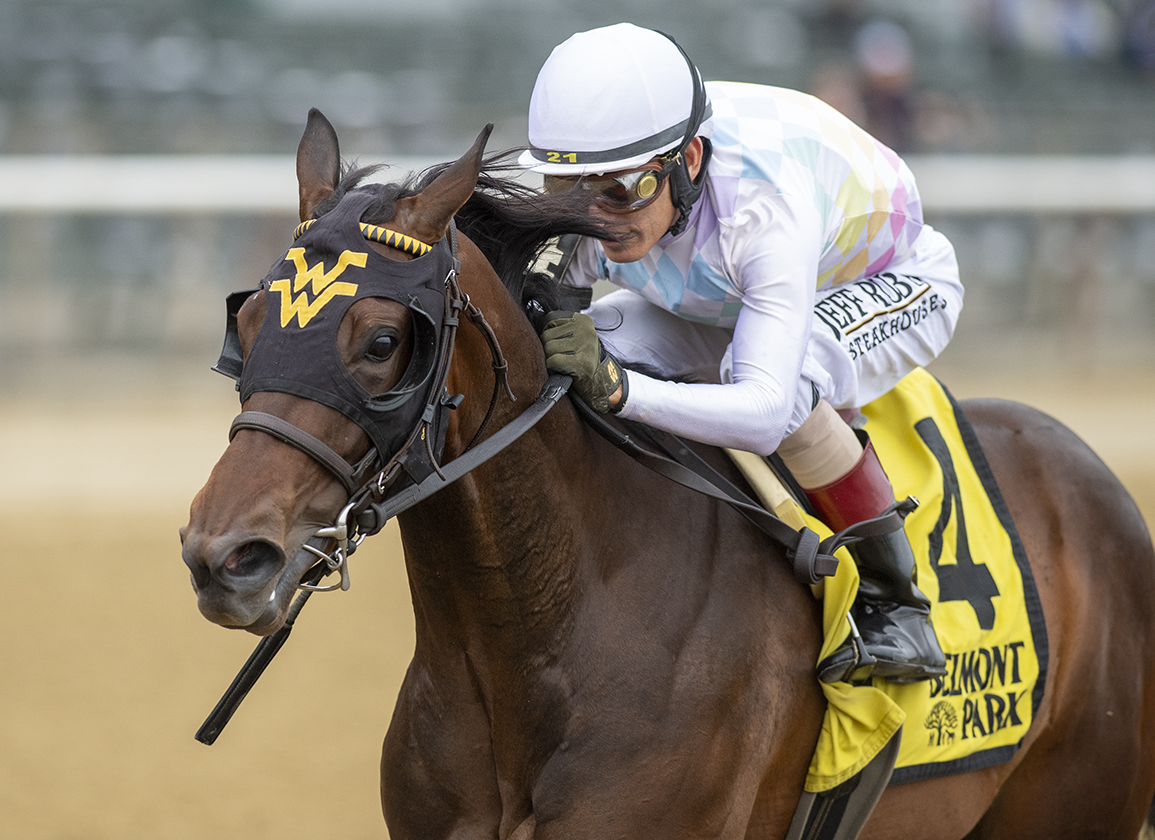 Gayla Rankin's Happy Soul (Runhappy), a well-beaten sixth last time out in Keeneland's 8 1/2-furlong GI Ashland S. Apr. 8, has already proven her talent sprinting and will attempt to get back on track in Friday's GIII Miss Preakness S. at Pimlico. A runaway winner in two of three starts at two, including Belmont's Astoria S. last June, she was shelved for the rest of the season before resurfacing with a three-length win in Oaklawn's six-panel Dixie Belle S. Feb. 19. In her latest work, she posted a bullet five furlongs at Keeneland in 1:00 4/5 (1/13) May 9.

“We were trying to stretch her out, but she's primarily a sprinter,” said Ward, explaining her poor showing in the Ashland. “She's awfully talented sprinting, I'll tell you that. We tried her in the Ashland with the filly [Nest {Uncle Mo}] that was the runner-up and favorite in the [GI] Kentucky Oaks. She just hit the far turn and she said, 'This isn't my game.' So, we gave her a little time. She started tearing the barn down, we gave her a work or two, and she's ready to go.”

John Velazquez, aboard in all five prior starts, returns for this cut back.

“She's a very nice filly, a sweetheart to be around, a gentle and kind filly,” Ward said of Happy Soul. “But when she gets onto the racetrack, she means business.”

According to Ward, she her 2022 dance card will also include Belmont's GII Victory Ride S. in July and the GII Prioress S. at Saratoga in September.

Team Coolmore's Under the Stars (Pioneerof the Nile) also returns to the sprint ranks follow a less-than-sparkling performance, finishing a well-beaten fourth in the Apr. 9 GII Santa Anita Oaks. The winner of a pair of Southern California races for Bob Baffert last winter, including the Jan. 8 GII Santa Ynez S. over seven panels, she marked her sophomore return with a close-up second behind Grade I winner Eda (Munnings) in the 8 1/2-furlong GIII Santa Ysabel S. Mar. 6. Under the care of Tim Yakteen for her latest, she returns to action for Sean McCarthy here.

Randy Patterson's Verylittlecents (Goldencents), winner of the Debutante S. at Ellis Park at two, is winless in five stakes starts since, however, did manage a second-place finish behind the reopossing Happy Soul in the Dixie Belle. The bay finished fourth in her latest start in Oaklawn's Purple Mountain S. Mar. 26.