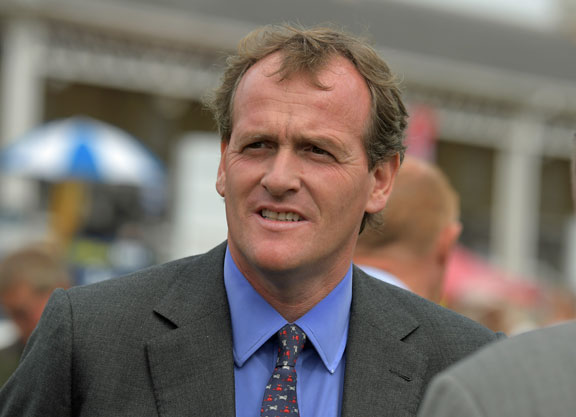 Trainer Richard Hannon said he would like to see more clarity from the British Horseracing Authority as to when racing can be expected to resume in Britain, and what the schedule might look like. The sport’s governing body announced on Mar. 17 that racing would be off in Britain through April, and said on Thursday that a bigger plan would be revealed early next week.

“I think it would be nice if the BHA made an announcement, to give owners something to look forward to and trainers something to work towards in order for relationships not to become strained,” Hannon said. “If the government say we can’t race then we can’t, but if they don’t it would be good from the BHA to say we are looking to race at a certain point, even if it wasn’t a promise, as we can all have a goal to work to.

“We just need a bit of reassurance for owners to stay involved and it would give us some light at the end of the tunnel. At times it is very difficult for trainers to tell owners to keep their horses in training when we don’t know when they will run. We need a goal, even if it is racing behind closed doors.”

No announcements have yet been made with regards to the Classics and their respective preps, and Hannon pointed out that his three British Guineas winners-Night Of Thunder (Ire), Sky Lantern (Ire) and Billesdon Brook (GB)-all ran in preps and were beaten. If racing resumes with the Guineas’ on the first weekend of May, there will be no preps available.

“Sky Lantern and Billesdon Brook were beaten in their 1000 Guineas trials and so was Night Of Thunder before his 2000 Guineas win–most need them [preps], but that is out of the window now.”

“As we haven’t had a really bad winter they’ve not really missed a day,” he said. “Threat (GB) (Footstepsinthesand {GB}) looks great and I couldn’t be more pleased with him. I think Al Madhar (Fr) (Siyouni {Fr}), who won a Newmarket maiden, is a nice horse and he could go straight there.”

Hannon said he is heartened by the way his team has rallied in tough times.

“When you have been waiting for the Flat season to start it is a strange thing for it not to happen, and hopefully this never happens again,” he said. “It is frightening how quick this has come about.

“Our lads have behaved impeccably. If you can think of something positive coming out of this then the way the lads have pulled together is really good news. They have turned up and they have got on with things, as they understand that their job is to look after the horses–they could have easily been taking time out. We are doing this while obeying the two-metre [social distancing] rule which–although is quite strange–still allows them to talk between each other.”