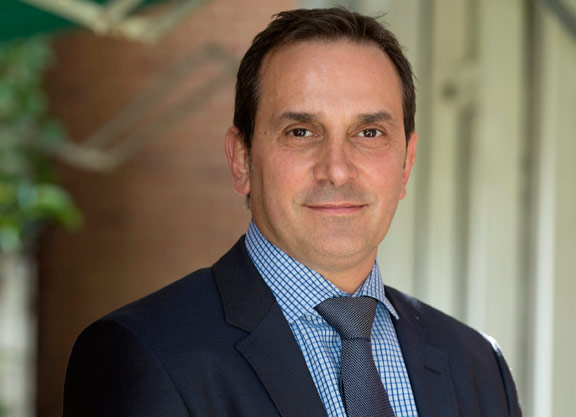 SARATOGA SPRINGS, N.Y. – At the very bottom on the left-hand side of the daily recap sheet you can find the answer to why the New York Racing Association opted to run at Saratoga this fan-free summer instead of staying downstate and operating at Belmont Park: All Sources Handle.

Though they were acutely aware that New York State's COVID-19 protocols prevented spectators from attending professional sporting events, NYRA officials projected that handle on Saratoga racing would be stronger than on 40 days at Belmont. The early returns are showing they were correct. The opening day handle was up 21% from the rainy Saratoga opener in 2019. The first weekend, a total of four days, showed a 9.4% increase. The trend continued on Wednesday, the first day of the second week, with a jump of 38%.

Tony Allevato,  the Chief Revenue Officer & President of NYRA Bets, said officials spent a lot of time considering whether it made sense to add the expense of opening Saratoga Race Course for the 152nd season of Thoroughbred racing in the city.

“From a management standpoint we got together with the horsemen and talked about it, looking at the Saratoga brand and what it means to racing. It's the best in Thoroughbred racing,” he said. “When you think of Saratoga, you think of premier horse racing. I think it was important to maintain that season and have the racing come up here, knowing that it would be reflective in the numbers, in our opinion. The same race at Belmont would generate more handle and more money back to the industry if that race was run at Saratoga versus Belmont.”

Allevato said confidence in the power of Saratoga was borne out by the handle numbers during the first year of an exclusive television deal with Fox Sports and the MSG networks. Saratoga's opening four days had a combined handle of $80.3 million, nearly double the final four days of the Belmont meet, which generated a combined handle of $41.4 million.

“I would not say we were surprised,” Allevato said. “We were reassured that we were doing the right thing, is the way to put it.”

However, noting that the stats have been solid, Allevato said it is too early to celebrate.

“We are living in a time where you can plan a lot, but things seem to change every two weeks,” he said. “You are always trying to be cautious and this move up here, just like the move that we made on the television side, there is always some risk involved with what we're doing.”

Allevato, a California native, brought a deep resume of experience in racing and television sports with him to NYRA in 2016. Since his arrival, he has overseen the development and growth of the company's advance deposit wagering platform, NYRA Bets, and its television programming. In 2016, the inaugural season of Saratoga Live had 80 hours of national broadcast time on the Fox Sports Network's FS2 channel. Last year, the total grew to 190 hours. This year, the partnership expanded again, as NYRA left the long-established racing channel TVG for the commitment to Fox and MSG and 700 hours of live national TV exposure. The package includes America's Day at the Races, as well as NYRA and Churchill Downs racing. Fox's main sports channel, FS1 will carry 32 hours of Saratoga Live and the G1 Runhappy Travers will be shown live in a 90-minute program on Fox on Aug. 8.

“Any time that you are going to move away from a significant partner like that there is always going to be some kind of risk,” he said. “For us, the reason that we went exclusive this year with Fox, it was about being able to showcase New York Racing and our content and our horses and our horsemen on a national scale. It really came down to numbers in terms of programming. If you look at our shows we show two races an hour from New York. If Churchill is running we'll show four races an hour, which is a race every 15 minutes.

“When we are on TVG we're sharing the spotlight with sometimes five other race tracks. For us, it was important to try and get as much time around our signal. We are the New York Racing Association.  We are very biased, but we think our racing is the best racing in the country. And we feel that it deserves 60 minutes of every hour in terms of coverage and that's what we have been able to provide by being on Fox.

Moreover, Allevato said that the Fox deal has the potential to expand racing's audience.

“By being on a mainstream sports network we are giving the sport an opportunity to reach out to new fans, something that horse racing has been preaching for decades and decades that needed to be done,” he said. “NYRA has now taken that step.

“We will be coming out of all different types of sporting events, whether it's soccer games, baseball, NASCAR, you name it, we are capturing eyeballs that aren't traditionally watching horse racing. With sports betting now growing across the country it's a critical time for horse racing to get that crossover fan. We feel like the shows give us the best opportunity to expose those people to what we feel is the best racing in the country. With all the technology we have all the cameras, we are showing them a product that looks like a major league sporting event. We don't see any scenario where that is bad for horse racing.”

Still, Allevato said there were questions about whether it was the right move to leave TVG, the go-to racing channel in the U.S.

“There was some criticism when we made the decision by a small number of people that there would be an inconvenience for viewers who would have to find the network,” he said. “Sometimes we are on multiple Fox networks. One day we might be on for two hours on FS2 and then the rest of the day on FS1. For me, as a person who watches sports television, if I want to watch an event I find it. I think the inconvenience, if it exists, is a 30-second inconvenience in terms of locating where it's at.”

At the same time, every NYRA race is available every day in HD on NYRA's YouTube channel, which is also shown on the TDN homepage.

“There are multiple ways for people to see the show,” Allevato said. “We are exposing horse racing to more eyeballs than ever. It's pretty significant. While there were some complaints, we had a pretty long list of all the positives that came out of us being on Fox. One thing that was missing is that people who were criticizing us were working under the false assumption that Fox would still be giving us all these hours if we were non-exclusive. That was not the case.”

Allevato said that NYRA was building it television department before he arrived and that it has committed to investing in TV and its ADW platform.

“Technology is always going to come. If you try to avoid it, it's going to run you over,” he said.  “From a horse racing standpoint, we have embraced technology. It started 20 years ago with the advent of advanced deposit wagering. At the time, people looked at it as a way to keep people away from the races. Now, fast forward 20 years later, imagine where horse racing would be today during in this pandemic if there was no advanced deposit wagering. Literally, the sport would be dead. Horse racing has put themselves in a position where they can at least continue and operate during these difficult times.”

The increasing television exposure has helped the NYRA Bets business. Allevato said that new accounts are up 150% over last year. With that fact in mind, the NYRA programming approach is aimed at embracing new and seasoned fans.

“It's a very intimidating sport for people who are just tuning in for the first time,” he said. “That's what we really pride ourselves on trying to do that and make it as accessible for the average person.  We do a lot of free-to-play things for people who watch the shows. We do a lot of offers for new customers that are low introductory offers to get them engaged. And we really try to make it as user-friendly as possible.

“It's interesting with all the sign-ups and all the additional people that are betting the average amount being bet per customer is down, year over year, which is a really positive thing, if that makes sense. So we have more people betting but they don't bet as much per person. That's because we've got that more casual fan that is playing now.”

Once NYRA was given permission to re-open at Belmont in early June, Allevato and the other executives came to the conclusion that Saratoga, even without fans in the stands, was better for business than continuing on at Belmont Park.

“Looking at the numbers that we've seen so far, that would seem to solidify our beliefs,” he said. “There is also the TV element of this, as well. The entire industry has now become television and internet viewing. There is something about Saratoga from a historic standpoint–not taking anything away from Belmont Park–but there is that certain appeal that it has crosses over to that mainstream sports fan. That was the opinion we had going in. Nothing we have seen so far, granted we are one week into the meet, would suggest that we were incorrect in that thinking.”