Hall of Fame Jockey John Rotz Passes Away at 86 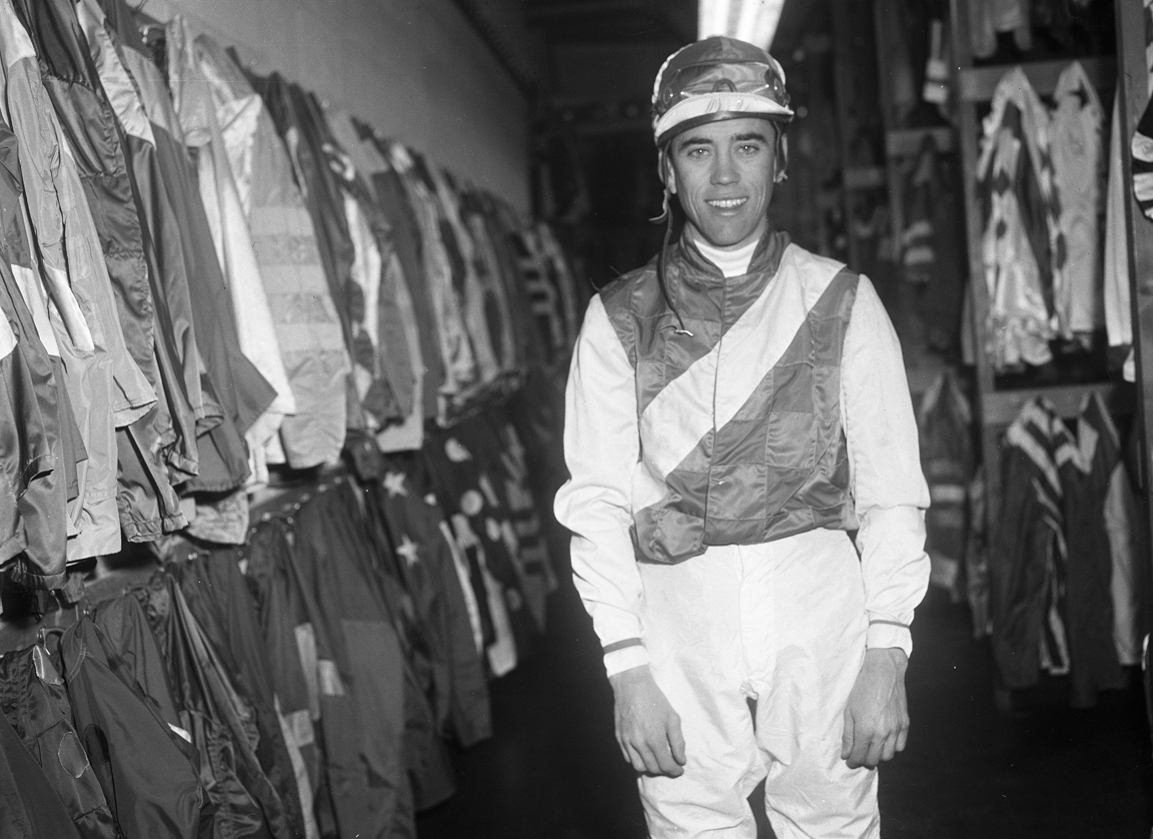 Hall of Fame jockey John Rotz, a GI Preakness S. and GI Belmont S. winner, passed away peacefully Monday at his farm in Warrensburg, Illinois after battling a number of brain diseases, including dementia. He was 86.

Classy, polite and down-to-earth, Rotz was known as “Gentleman John,” a nickname he earned shortly after his riding career began in the fifties. After retiring in 1973, he worked as a steward at the NYRA tracks as well as at tracks in Louisiana, Ohio and Delaware. After ending his stint as a steward, he stayed involved with the equine world, competing in cutting and reining horse competitions, something he did until he was 81.

His widow, Mary, remembered Rotz as someone who had a fierce desire to win, but always remained humble and kind.

“My husband walked in humility,” she said. “He was such a wonderful, wonderful human being and I was so blessed to be married to him. He was the biggest man I ever met in my life.”

Rotz was born Dec. 16, 1934, in Niantic, Illinois. After graduating from high school, he started out at the racetrack as a hotwalker, groom and exercise rider at Fairmount Park. He started riding in 1953 and it did not take him long to graduate to bigger circuits.

He was North America's leading stakes-winning rider in 1969 and 1970 and was riding some of the best horses in the country.

In a 2016 interview, Rotz said Gallant Bloom was his favorite horse and that he was most proud of his wins aboard Ta Wee. She twice beat males in the Fall Highweight H., including the 1970 running when she carried 140 pounds.

Rotz had two Classic wins, in the 1962 Preakness with Greek Money and in the 1970 Belmont with High Echelon. His other major stakes victories include wins in the Metropolitan H., the Alabama S., the Florida Derby, the Delaware H. and the Woodward S.

In 1973, he was named that year's George Woolf Memorial Award winner.

Rotz finished his career with 2,907 winners. He had to stop riding because an operation to remove a tumor on his right leg left him with damaged nerves.

In 1979 he was named the steward representing The Jockey Club at the NYRA tracks.

“[Being a steward] is tougher for me than riding was,” he said at the time. “You have to enforce rules, and it's tough to keep people happy when you enforce rules.”

He retired as a steward in 1983, the same year he was inducted into the Hall of Fame, but stayed involved in the equine world. Despite his age at the time, he became a top competitor on the cutting and reigning horse circuit.  In 1987, he won the National Reining Horse Association Novice Horse Non-Pro World Championship. According to Mary Rotz, her husband was still riding in those events at age 81 and only stopped because he had to have a hip replacement.

“He was thrilled to win the Preakness and Belmont, but he got the same kick when he won at a cutting show or at reining show,” Mary Rotz said. “Any time he was on top of a horse he was happy.”

In addition to his wife, Rotz is survived by his sister, Ann Wubben.

This story was posted in Top News and tagged Hall of Fame, John Rotz, Obituaries.