Half-Sister to Into Mischief Dies in Saratoga Training Accident 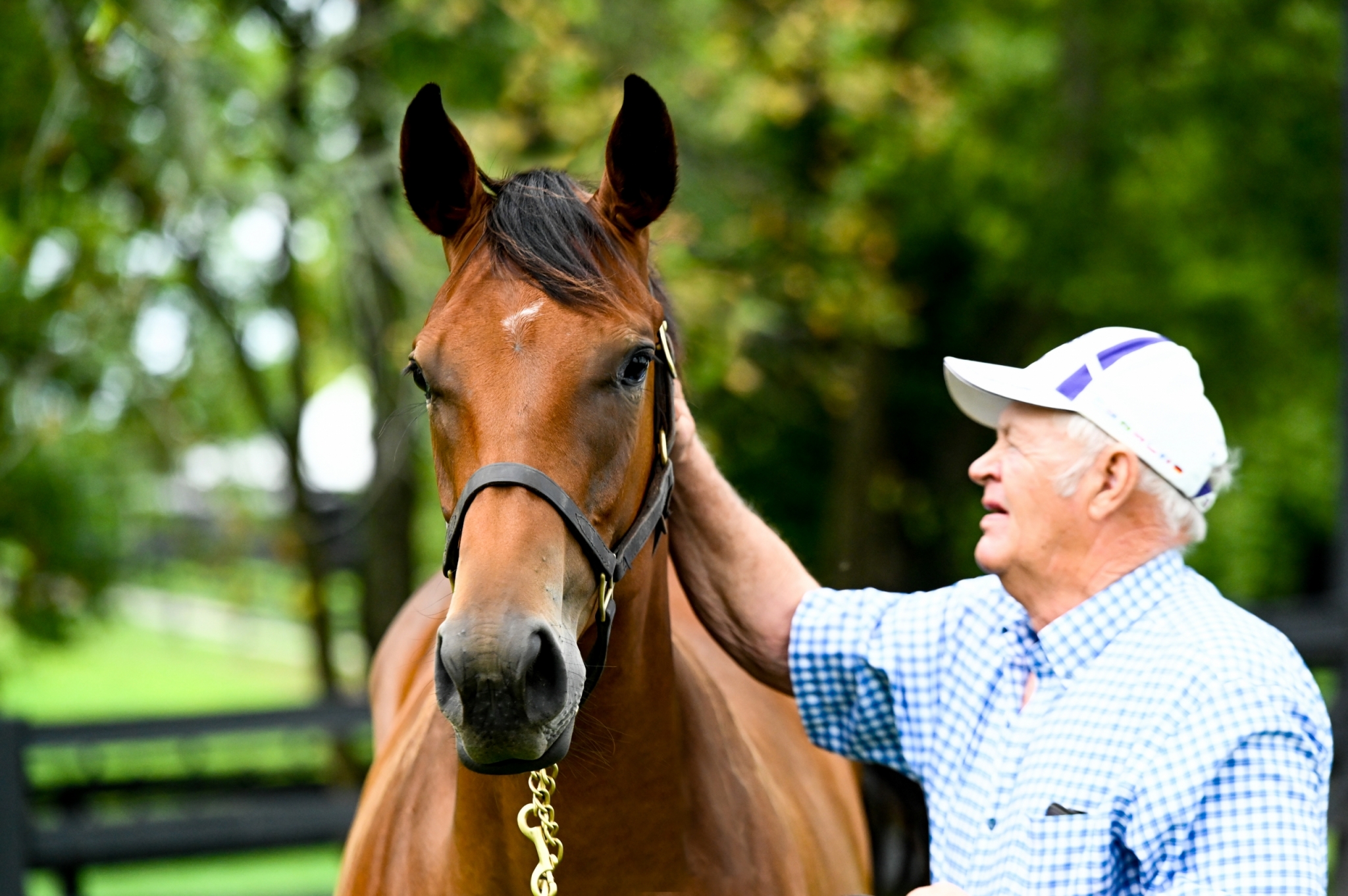 The unraced 3-year-old filly America's Joy (American Pharoah), a half-sister to Into Mischief (Harlan's Holiday), Beholder (Henny Hughes) and Mendelssohn (Scat Daddy), out of the 2016 Broodmare of the year Leslie's Lady suffered a fatal injury Sunday morning during a workout at Saratoga, according to Mandy Pope's Whisper Hill Farm.

Pope purchased the filly for a record $8.2 million at the 2019 Keeneland September sale.

The news was a severe blow to her connections, who were anxiously awaiting the debut of a filly who appeared to have unlimited potential.

Trainer Todd Pletcher sent her out for what was supposed to be her last workout before beginning her career early next month at Belmont. Pletcher told Pope that America's Joy went down just after the work had been concluded and that by the time he reached her she was dead. It appears, Pope said, that the filly fractured her left front sesamoid, which caused her to fall and break her neck.

“She brought a lot of joy to everybody's life,” Pope said. “She was just a perfect horse in every way. She was so sweet and so kind. She was just such a classy, classy horse. I'm sorry that the racing world will never get to see all of the accomplishments she was about to make on the track and as a mama. May she rest in peace.”

Pope said that the filly was given some time off as a 2-year-old because of some growing issues. She had her first work for Pletcher July 5 and had a steady stream of works leading into Sunday's, which clockers recorded as a half-mile breeze in :47.80 over the main track. In an indication of what Pletcher thought of America's Joy, he had, on at least two occasions, sent her out to work in company with 2020 GI Jockey Club Gold Cup winner Happy Saver (Super Saver).

“She took to training early and right away did everything great,” Pope said. “We brought her along slowly and then sent her to Todd. He was very excited about her. He was working her with graded stakes horses because she was just playing with other horses. She could even outwork the stakes horses.”

America's Joy was consigned by her breeder, Clarkland Farm. Sheikh Mohammed of Godolphin and B. Wayne Hughes of Spendthrift Farm were also bidding on the filly, but Pope prevailed.

“You can't fault her,” she told the TDN after the Keeneland purchase. “She's perfectly balanced, she's gorgeous, she's not too big, not too small. Obviously, we're hoping that Beholder hits it as a broodmare. She certainly has tremendous value should she not get to the races for whatever reason. Like everything else, it's a big gamble; fingers crossed, lots of prayers and wish us well.”

Leslie's Lady was pensioned from breeding duties this spring. She has also produced a 2-year-old filly by Not This Time and a yearling filly by Kantharos.

“There are a lot of people to whom I'd like to express my gratitude for having taken such good care of her,” Pope said. “There's Todd Quast, Lynda and her crew at Whisper Hill Farm. There's Lee and his crew at Whisper Hill Training Center and Dr. Greg Bonen Clark. I'd like to thank Fred Mitchell and Clarkland Farm, Todd Pletcher and her fan club.”