Half-Sister to Derby Winner at Home in Ontario 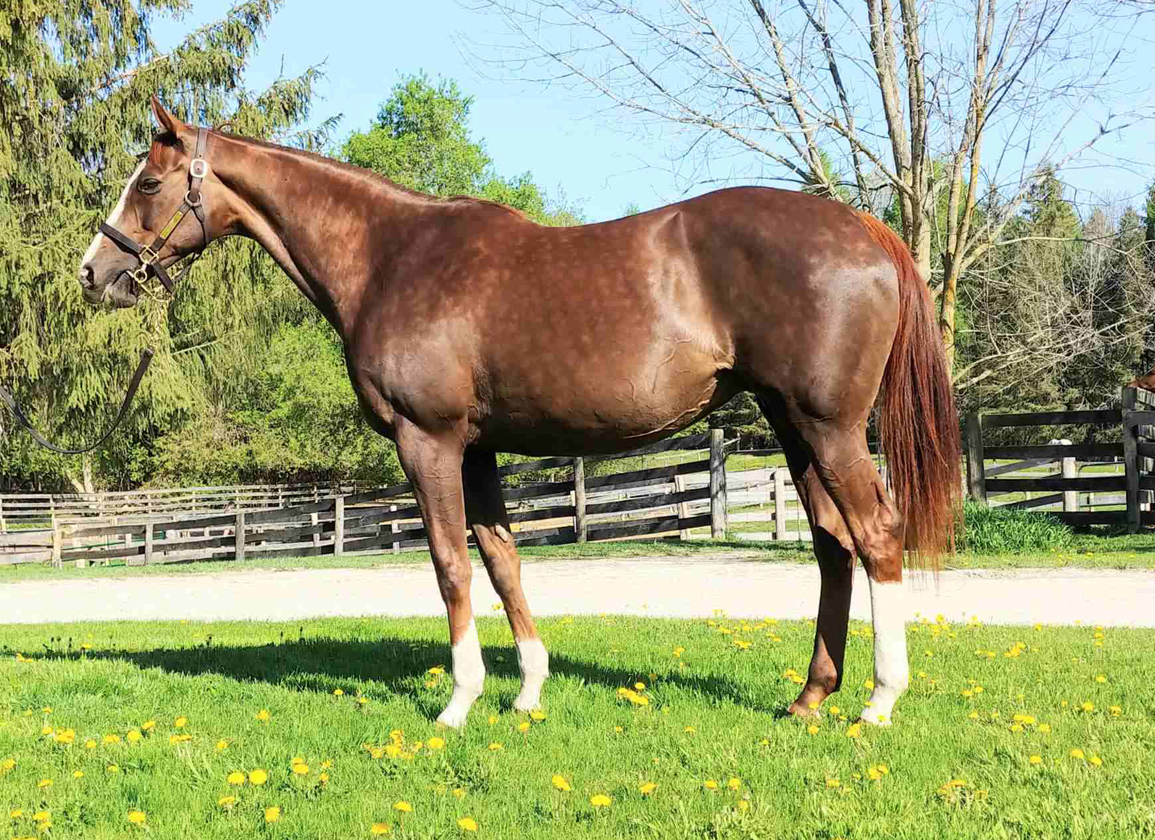 Susan Foreman got outbid in a hot market at the Keeneland January sale earlier this year, but found a mare to bring home to her Ontario farm from among the sale's RNAs, purchasing Unostrike (Macho Uno) privately for $25,000 after the 12-year-old failed to meet her reserve in the sales ring the previous day. While half of the mare's purchase price was paid for by Ontario Racing's Mare Purchase Program, the acquisition was made even better when Unostrike's half-brother Rich Strike (Keen Ice) upset the GI Kentucky Derby two weeks ago.

“I didn't even know Rich Strike was entered into the Derby until Saturday,” said Foreman. “I was watching on the farm, because I was foal watching with a friend, and I turned to her and said, 'I have the half-sister to the Kentucky Derby winner.'”

Foreman had been bidding on behalf of a client when shut out at the Keeneland January sale. Back in her hotel after the session, she was looking through the supplement book when she saw Ontario-bred Unostrike was an RNA at $22,000.

“What immediately caught my attention was she was in-foal to Caravaggio, a gorgeous son of Scat Daddy,” said Foreman. “She's out of a Canadian champion mare [Gold Strike], a Smart

Strike mare. It was a just beautiful page for me to take home to Canada.”

Foreman arranged to look at the mare the following day at the St. George Sales consignment.

“When I got there, it took me two seconds to say, 'I'm not leaving without this mare,'” said Foreman. “She's beautiful. She's 16.1. She's correct and very good looking and had an early

“She is a lovely mare to be around, a good mom, and it's a beautiful foal,” said Foreman. “Her nickname's Fancy. She's the niece of the Derby winner out of a hot stallion. I couldn't be

Foreman plans to sell the filly as a yearling next year, while Unostrike is currently in foal to Maximum Security.

Ontario Racing's Thoroughbred Improvement Program has $5.89 million available to breeders in the province.