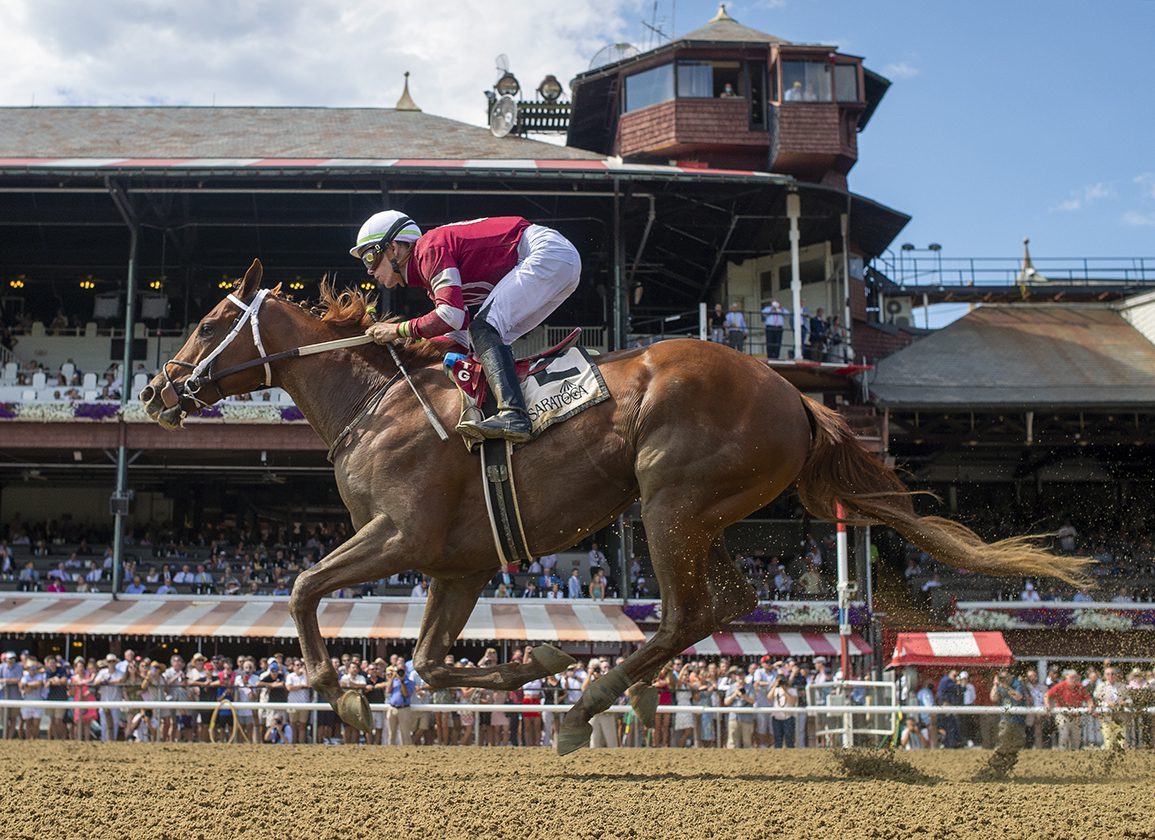 Drawn on the fence in this seven-furlong affair, the Winchell homebred traveled nicely on the inside in fifth through an opening quarter in :22.77. The 9-5 second-choice was tipped out three deep leaving the quarter pole and powered home in style down the stretch to graduate by 6 1/4 lengths over Arthur's Ride (Tapit). Crupi (Curlin), part of the Todd Pletcher-trained favored entry, came flying late from another zip code to just miss second.

“Lots of talent–he was highly touted coming from mom and dad's,” winning trainer Steve Asmussen said on FS2's Saratoga Live. “High expectations. Didn't do much correctly first time out, just because he's a big boy. Looks like he's gonna stretch out beautifully. We will definitely get to dream with him for a while.”

Disarm's dam Easy Tap–a $300,000 Fasig-Tipton Kentucky yearling purchase–won one of five starts for the Winchells and Asmussen. The 12-year-old has produced Tap Daddy (Scat Daddy), a winner of Pimlico's James W. Murphy S. and runner-up in the GIII Dixiana Bourbon S. for these same connections. He was also a champion stayer in Venezuela after being sold privately. Easy Tap is also responsible for the multiple stakes-placed Total Tap (Candy Ride {Arg}) and a Gun Runner colt of this year. Easy Tap was bred back to Silver State for 2023.

For more on Disarm, click here for a recent column in Steve Sherack's 'Second Chances' series.