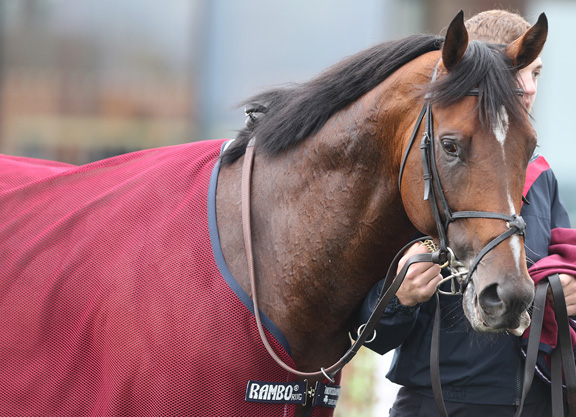 Lost Treasure (Ire), a graded-stakes placed son of War Front, has been retired to Hill 'n' Dale Farm to stand stud duty for the 2020 breeding season, the farm announced Wednesday. Lost Treasure will stand for a fee of $5,000 LFSN.

“Lost Treasure hails from the immediate family of Galileo (Ire) and Sea the Stars (Ire),” said John G. Sikura, President of Hill 'n' Dale Farms. “This is widely recognized as the most important stallion-making pedigree in the world. I saw him in Ireland and he is a very masculine, fast-looking and imposing horse.”

Out of Wading (Ire) (Montjeu {Ire}), Lost Treasure, campaigned by Michael Tabor, Derrick Smith and Mrs John Magnier, won two of eight starts at three and was a close third in Dundalk's five-furlong G3 Al Basti Equiworld Mercury S. in his penultimate start of the season. He finished unplaced in his only start this term in the six-furlong G1 Al Quoz Sprint on the Dubai World Cup undercard in March.

“He had a few setbacks, but [trainer] Aidan [O'Brien] told me the horse had tons of ability,” said Sikura. “He was beaten just a length in the G1 Prix de l'Abbaye de Longchamp in France (where he finished fifth in 2018), a champion sprinters race. His profile is very similar to Stormy Atlantic who we brought to Kentucky and who sired more than 100 stakes winners. Hill 'n' Dale will breed a large group of mares to Lost Treasure to ensure he gets a proper chance. I have a very good feeling about this horse and will support him accordingly. This is the type of horse that can really make it and have a meteoric rise.”

Added O'Brien, “Lost Treasure was a very fast horse who should have won a group race. He is a beautiful physical specimen and, being by War Front from the stallion-producing family of Galileo, he must have a great chance of making it at stud.”