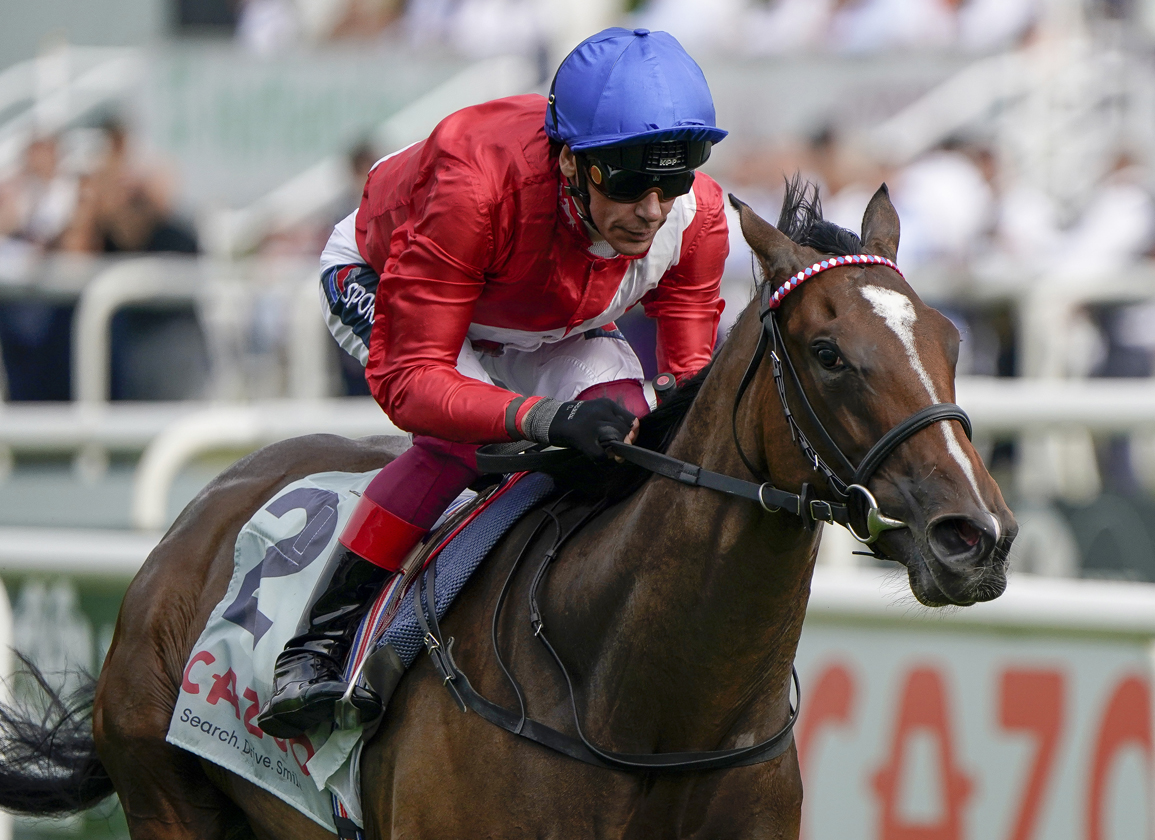 Cheveley Park Stud's Inspiral (GB) (Frankel {GB}), one of the leading fancies for the G1 QIPCO 1000 Guineas at Newmarket on May 1, will miss the race, according to the owners' managing director Chris Richardson. The John and Thady Gosden trainee is a perfect four-for-four, with black-type victories in the Listed Star S. in June, the Sept. 9 G2 May Hill S. and the Oct. 8 G1 Fillies' Mile to end her season.

“John Gosden had an in-depth discussion with the boss, Mrs. Thompson, and following that, it was decided that, sadly, she would miss the 1000 Guineas,” Richardson said on Sunday.

“John Gosden feels she wasn't really ready for the race and when you receive that advice from a trainer such as John, you follow it and now we'll look to the [G1] Coronation S. at Royal Ascot [on June 17] as part of her programme.

“It is disappointing for all concerned, but we must heed their advice. Royal Ascot is a favoured meeting of the Thompsons and we've had success there previously, it's the start of the year and we've still got lots of opportunities going forward.”

Also out of the 1000 Guineas is Saeed Al Tayer's Group 2 heroine Zain Claudette (Ire) (No Nay Never). A winner at second asking, the chestnut ran out a narrow victress of the G3 Princess Margaret S. at Royal Ascot last June. Sent to York for her next outing in August, she stalked and pounced to win the G2 Lowther S. by a measured length, prior to an unplaced run in the wake of likely Guineas favourite Tenebrism (Caravaggio) in the G1 Cheveley Park S. at Newmarket.

“We've brought her back to training and she is very well, she had some very good races last year,” said trainer Ismail Mohammed. “She is not going to the Guineas, we've pulled her out. We will have so many options for her, so we will see where to go with her.

“It could be Royal Ascot, there are many races for her. I want to find at least one good race for her over seven furlongs before we go for a mile.”