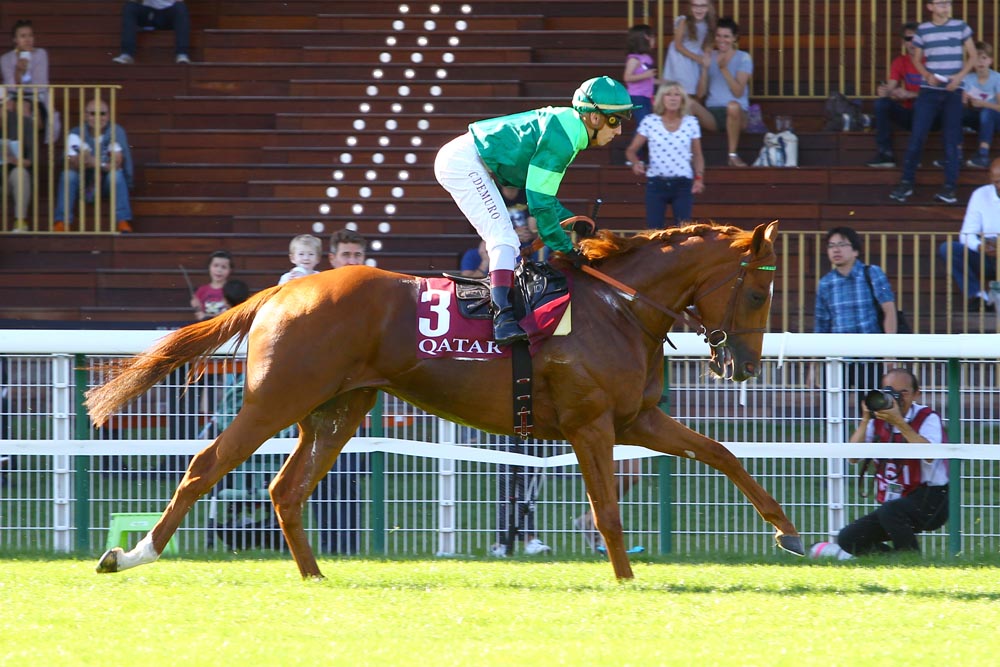 The 12-year-old daughter of Premiere Creation (Fr) (Green Tune)'s first foal was the 2018 Eclipse Champion Turf Female and multiple Grade I winner Sistercharlie (Ire) (Myboycharlie {Ire}), who won the G3 Prix Penelope and was runner-up in the G1 Prix de Diane. Although she did not win the GI Breeders' Cup Filly and Mare Turf like her older sister, My Sister Nat (Fr) (Acclamation {GB}) sports Group/Grade 3 wins in both France and America, and she was also runner-up in that Breeders Cup event in addition to two other Grade I placings. With her third foal, Starlet's Sister produced another champion in the form of G1 Qatar Prix de l'Arc de Triomphe hero Sottsass (Fr) (Siyouni {Fr}), a full-brother to Wednesday's new arrival. The €340,000 Arqana August yearling also won the G1 Prix du Jockey Club and G1 Prix Ganay and now stands at Coolmore Stud in Ireland.

Starlet's Sister's last foal prior to her 2022 addition is the 3-year-old filly Pure Dignity (GB) (Dubawi {Ire}). She was snapped up for €2.5 million at the Arqana September Deauville Yearling Sale in 2020.

(See our video below.)