Grosser Preis von Baden Next For 'Tasso' Before An Arc Defence 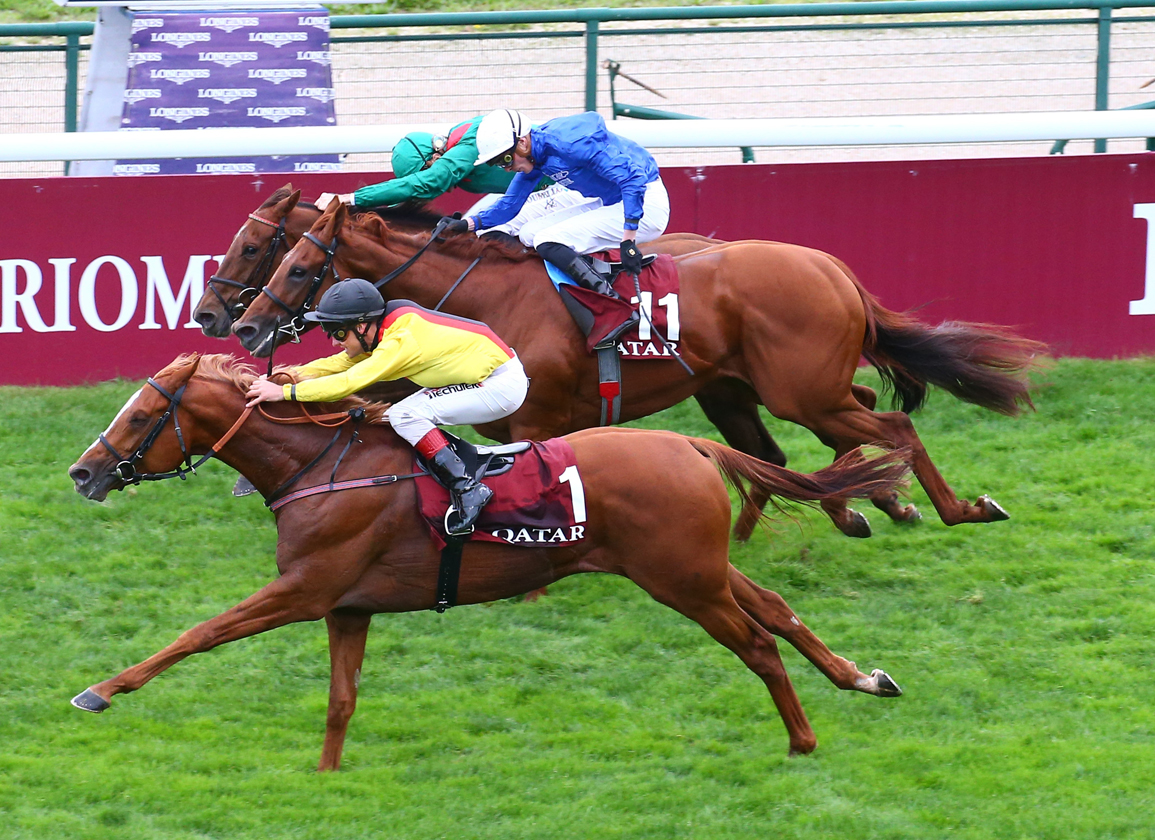 Last year's G1 Qatar Prix de l'Arc de Triomphe victor Torquator Tasso (Ger) (Adlerflug {Ger}), who ran a brave second in the G1 King George VI And Queen Elizabeth QIPCO S., returned to trainer Marcel Weiss's Mulheim base on Sunday afternoon. His trainer is targeting the G1 Grosser Preis von Baden on Sept. 4 for the chestnut, who will then return to ParisLongchamp to try for consecutive Arc victories on Oct. 2.

“He was very well and had no problems with the journey,” said part-owner Peter-Michael Endres. “It was no problem for him.

“Our thought now is to bring him to Baden-Baden for his next race [in September] and then to the Arc.

“It will be a similar route to last year. The only change was that he went to Ascot and that was the right decision.”

The 5-year-old entire opened his season with a surprising sixth in the G2 Grosser Preis der Badischen Wirtschaft, but quickly bounced back to form with a 3 1/2-length score in the G2 Grosser Hansa-Preis at Hamberg on July 2.

Endres added, “I think he can go on this [quicker] ground–as we have seen. On softer ground, some of the other horses are not as good on it as he is.”

“The hospitality at Ascot was marvellous. It was a very good journey. We like to win, but to gain second place and also how he has done it, we are very happy about that.”

“When he won the Arc, people thought the horses he beat were not as good as they thought before,” added Endres. “Now you think nearly the best 3-year-olds had problems against older horses–and he is one of the best. So, we are looking forward to going back to the Arc.”