Gray Attempt Looks to Take Next Step in Southwest 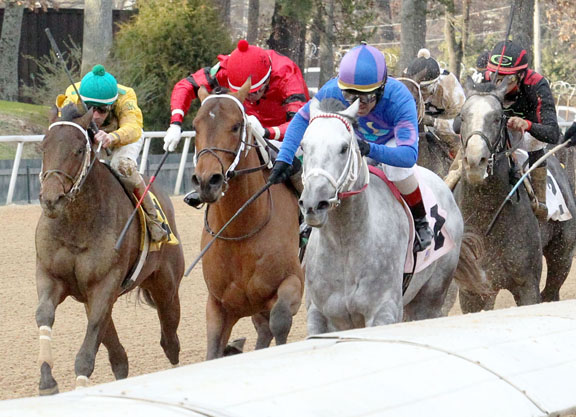 Dwight Pruett’s speedy Gray Attempt (Graydar), who bested five returning rivals in the Jan. 25 Smarty Jones S., will look to see out an additional sixteenth against a formidable field in Monday’s GIII Southwest S. at Oaklawn. The Jinks Fires pupil was a second-out winner sprinting at Churchill Nov. 25, and defeated a competitive group in front-running fashion in the six-panel Sugar Bowl S. at the Fair Grounds Dec. 22. He took up his preferred spot at the head of affairs in the short-stretch, one-mile Smarty Jones, and dug in to fend off Steve Asmussen pupils Long Range Toddy (Take Charge Indy) and Boldor (Munnings) in an event that featured minimal changes in position from start to finish.

The aforementioned pair are just two of the five Asmussen representatives signed on here. The Hall of Fame conditioner and two-time Southwest winner also saddled late-running (at least of late) Bankit (Central Banker), who had previously just missed to Long Range Toddy in the Dec. 16 Springboard Mile, to a sixth in the Smarty Jones. Asmussen’s most intriguing runner might be Jersey Agenda (Jersey Town). The big-striding dark bay broke through sprinting in the Churchill slop Nov. 24, and got a mile effectively in a local optional claimer Jan. 26. He possesses the speed to, if nothing else, keep Gray Attempt honest up front. Asmussen’s fifth Southwest entrant is Ninth Street (Street Boss), winner of the Jean Lafitte S. at Delta Downs in October and most recently second in that venue’s Big Drama S. Jan. 5.

Among the out-of-town shippers is Starlight Racing’s Cutting Humor (First Samurai), a third-out graduate at Gulfstream Park West who received the best last-out Beyer Speed Figure of 85 for finishing second to well-regarded Bourbon War (Tapit) in a Jan. 18 Hallandale optional claimer. Also invading from Florida is Olympic Runner (Gio Ponti), who romped in a rained-off Gulfstream maiden special weight going this distance Jan. 26. He represents a Mark Casse barn that annexed the Martha Washington S. for the fillies here earlier in the month. Trainer Keith Desormeaux seeks back-to-back Southwests, having scored 12 months ago with My Boy Jack (Creative Cause). That runner used a third in Santa Anita’s GIII Sham S. as a springboard to victory, and Sueno (Atreides)–who annexed Golden Gate’s Gold Rush S. Dec. 1–was second in this year’s Sham.