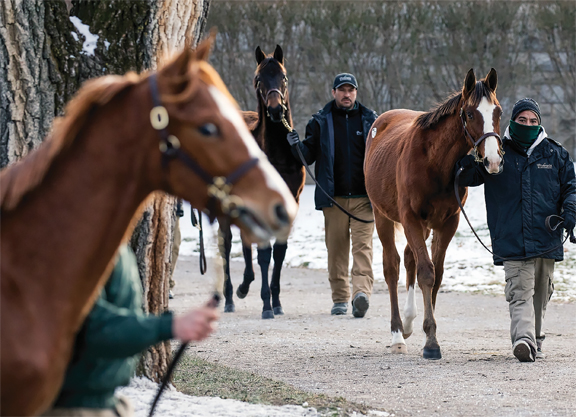 Surrender (Stormy Atlantic), dam of recent GIII Bob Hope S. winner Red Flag (Tamarkuz) who is in foal to Catholic Boy; Red Flag's half-brother foaled in 2020; and Exotic Notion (Lemon Drop Kid), a half-sister to multiple Grade I winner City of Light who is in foal to Quality Road, are among the nine horses supplemented to Book 1 of the 2021 Keeneland January Horses of All Ages Sale, which covers four sessions from Jan. 11-14.

Keeneland will continue to accept approved supplements until the January Sale begins.

Supplemented to the opening session on the first day of the two-day Book 1 are:

These horses are supplemental entries on the second day:

Each session of the January Sale will begin at 10 a.m. ET. The auction will be streamed live on Keeneland.com.

TVG2 will feature live coverage of the first two days of the sale from 10 a.m. until 7:30 p.m. The entire sale will be shown on the Watch TVG App.