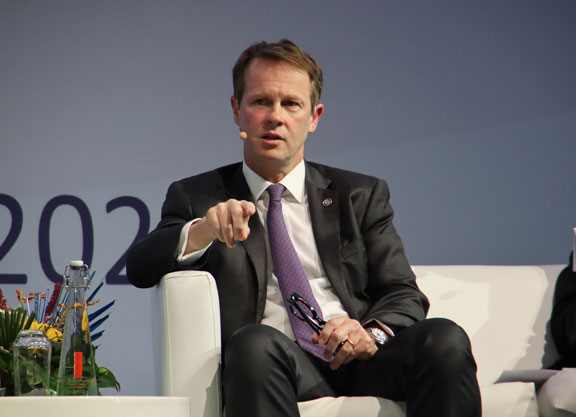 Collaboration and communication are key to forming fruitful relationships with government that allow the industry to move forward, representatives from four countries iterated in a panel titled 'Engaging with the Government as a Stakeholder' during the closing session of the Asian Racing Conference in Cape Town on Friday.

Andrew Harding, Executive Director of the Hong Kong Jockey Club, discussed how that organization has strong relationships with the government in both the Hong Kong SAR and Mainland China.

“The Hong Kong government regards the Hong Kong Jockey Club as a close partner in combating illegal gambling and the Club has an independent Security and Integrity Department that works directly with government law enforcement agencies to facilitate a rigorous and effective crackdown on illegal gambling for the overall benefit of society,” Harding said. “The Club has also been a staunch supporter of government in providing quality services to the community. Our shareholders are the people of Hong Kong because 95% of our operating surplus after tax goes into our Charities Trust. As of 2019, we donated around US$0.5 billion a year, placing the Trust among the top five foundations in the world.”

The Club's collaboration with the Mainland government ranges from the development of Conghua Racecourse to relief funding, in particular after the 2008 earthquake in Sichuan that killed 80,000 people. Harding explained that the 'one country, two systems' arrangement between Hong Kong and the Mainland requires clear understanding, but also greater flexibility.

“The system creates potential for us to expand in the Mainland without hindrances that foreign enterprises might encounter but a strong engagement strategy means we must fully understand key elements of the political structure, including the constitutional framework and different roles played by Central, Provincial and Local Authorities.”

Harding identified some of the issues touched on at the Asian Racing Conference on which racing authorities must work with government.

“A key theme of the conference has been tackling illegal betting which crucially depends on engagement with government and a key dimension is the way the regulated wagering operator is treated in particular in terms of taxation and take out rates,” he said. “In a number of Asian Racing Federation jurisdictions, taxation is cripplingly high and they are the same countries which have the largest illegal betting markets.

“Beyond that, we have been examining this week how racing can unlock potential and in so many cases that depends on government approvals on a range of things including whether off-course wagering and online wagering is allowed and approval to enter into separate pools and simulcast arrangements. In particular, the holy grail of international commingling depends on approval to link pools and agreements from governments not to double tax. These are critical issues.”