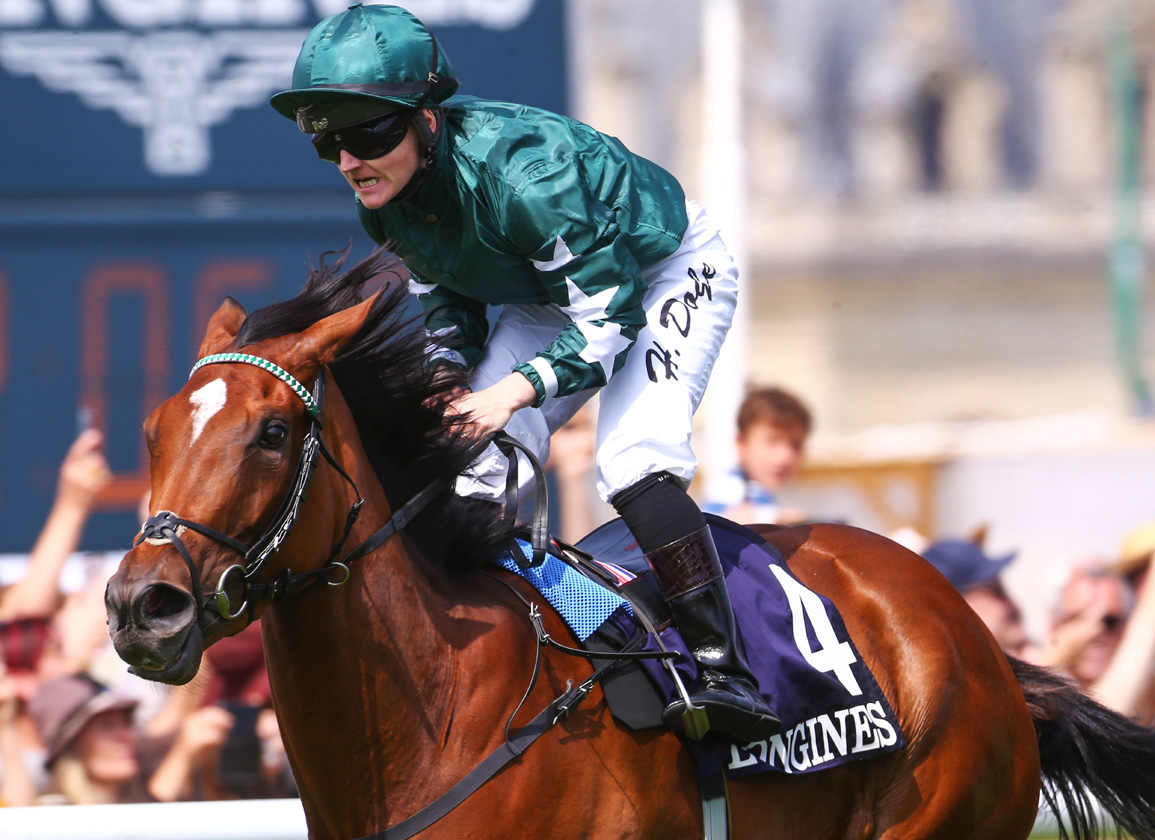 Nashwa (GB) (Frankel {GB}), one of the shining lights of the Flat season, is set to tackle the G1 Prix de l'Opera on her next start while fellow John and Thady Gosden-trained filly Inspiral (GB) (Frankel {GB}) will take on the boys in the G1 Prix Jacques Le Marois at Deauville on Sunday after pleasing connections in a key workout on Tuesday.

The Prix de Diane winner Nashwa lit up Goodwood when successful in the Nassau S. and, according to Teddy Grimthorpe, racing manager for the filly's owner Imad Al Sagar, a return to France has always been the plan.

He said, “She came out of the Nassau really well so we're just looking at the various options. She's in very good form. She certainly has the scope to make a nice 4-year-old, but that would be entirely up to Imad in terms of how she is.

“The main thing is there is a bit of running to do this year and then take a look at the options, but she'd look a very interesting 4-year-old prospect.”

He added, “I think the Prix de l'Opera has been in John's mind since the Diane, really, so that is on the cards. But we'll keep our eyes open.

“She's not dissimilar to Frankel when you look at her head, and she certainly has a good turn of foot-her sectionals were most impressive at Goodwood.”

Meanwhile, Inspiral will face something of a retrieval mission at Deauville on Sunday as she bids to bounce back from a poor run in the Falmouth S. at Newmarket last month.

Chris Richardson of Cheveley Park Stud, who own Inspiral, said, “I think we're heading for Deauville, all being well. We were pleased this morning and Frankie [Dettori] was very happy with her.

“Obviously it's a tough race, as all those sort of races are. You've got Coroebus (Ire) (Dubawi {Ire}) and William's (Haggas) colt (Maljoom (Ire) (Caravaggio), who was obviously a bit unlucky in the St James's Palace, but she seems in good form and the plan is to roll the dice.”