Gosden Talks Up Emily Upjohn For Oaks At Gallops Morning 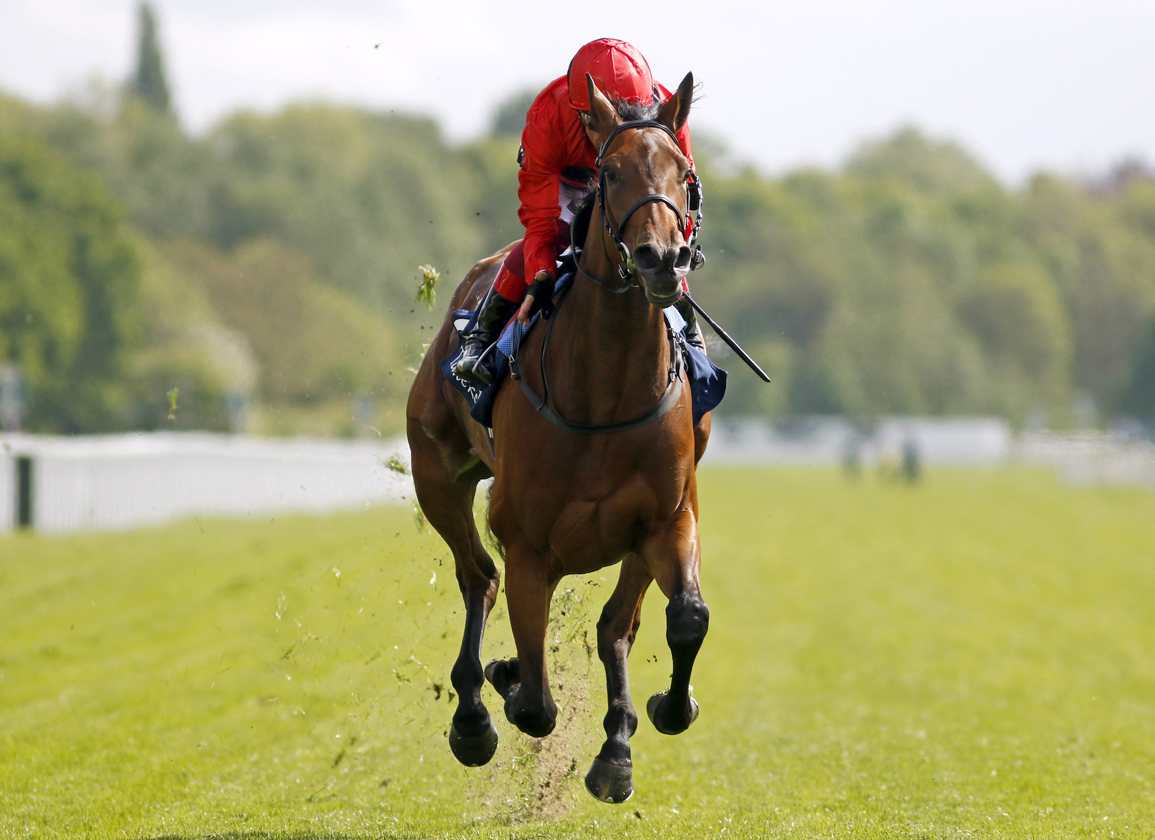 Emily Upjohn is a general even-money shot to provide Gosden with a fourth Oaks success following a stylish victory in the G3 Tattersalls Musidora S. at York earlier this month.

Gosden, who shares his training licence with his son Thady, also won the Oaks with Enable (GB) (Nathaniel {Ire}) in 2017 and Anapurna (GB) (Frankel {GB}) in 2019, and is set to be double-handed in this year's race after Nashwa (GB) (Frankel {GB}) was confirmed for Epsom on Saturday.

Speaking at the the Cazoo Derby Gallops Morning, Gosden said, “I think she [Emily Upjohn] is in the Taghrooda league. It would be silly to start talking about Enable as that would be completely over the top.”

He added, “It is her ability to travel and quicken over a trip that reminds me of Taghrooda. I know they were playing, if you like, coming down the hill at a half-speed but even the way she quickened today between the three and the two was impressive.”

Emily Upjohn has raced just three times in her career and, according to Gosden, the experience of Monday's dry run around Epsom will stand to the short-priced favourite come June 3.

Gosden said, “Frankie (Dettori) felt that for a filly who has had three races in her life it would be nice to come here and just have a look and feel of the track, which is all that you are doing as you are not trying to do any exploratory work.

“She behaved great, moved very well, got her leads right coming down the hill and quickened up nicely. I think she will come on a lot for that mentally. She is not a filly who raced a lot at two as she only had the one run at Wolverhampton, but you can see by the size of the frame of her why we were patient.”

He added, “She has filled out well and she has rather enjoyed her morning out here. I would hope she has got the speed for the Oaks as she has shown an ability to quicken. The other day in the Musidora she quickened well there at York.

“She did it well at Wolverhampton and at Sandown she sat very handy, then lengthened off the front. She has a change of gear.”

Gosden's Oaks hand is strengthened by the fact that Nashwa, a general 5-1 chance, is second only to her stablemate Emily Upjohn in the betting, with the trainer hopeful rather than confident that she will get the trip at Epsom.

Nashwa's participation in the Cazoo Oaks also throws up the possibility of a first ever Classic success for a female jockey, with Hollie Doyle set to ride.

Gosden added: “When Mr Imad Al Sagar asked me about Hollie two or three years ago I said she is a superb jockey that is very talented and horses run for her.

“She has an incredible work ethic. She reminds me a lot of Julie Krone. From my point of view she has been the ultimate jockey type and so I said it is a great idea if you retain her and he did.

“She looks at every detail of everything. She does her research properly and is a great race rider and if it came off it would be wonderful.”

He added, “You had a young lady win the US Open and that captured the imagination in this country and anything to that extent like this is particularly positive for the sport. It has had an image of being a bit crusty and clubby, but it is not.”