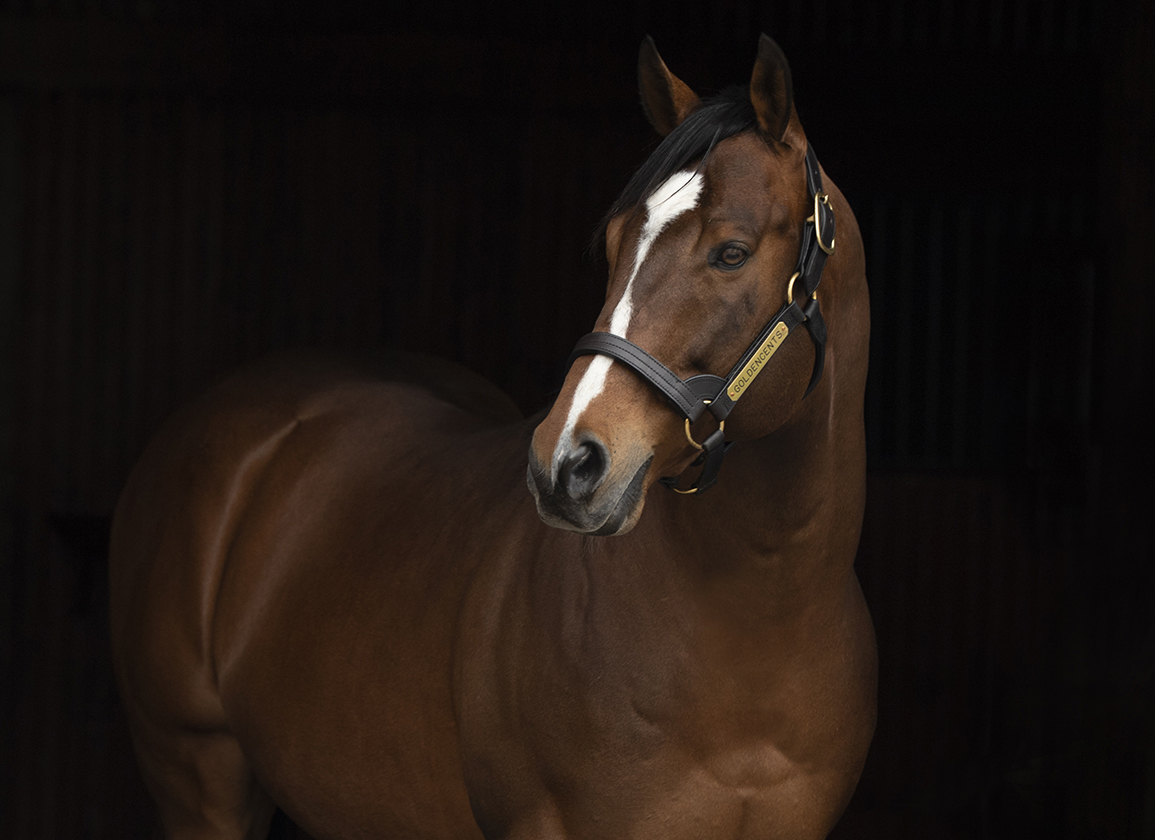 The Jockey Club has released its annual Report of Mares bred for 2021 and there's a new name atop the leader board. The Spendthrift Farm stallion Goldencents led all sires, having been bred to 230 mares. He was bred to 204 in 2020. His ascension to the top spot came after Spendthrift cut his stud fee from $25,000 to $15,000 and after a strong showing by his progeny in 2020.

Goldencents was the leading third-crop sire in 2020 with $6,653,183 in earnings. His top performer during the year was By My Standards, the winner of the GII New Orleans Classic S., GII Oaklawn H., GII Alysheba S. and second in the GI Whitney S.

The RMB statistics for the 2021 season report that 1,016 stallions covered 27,829 mares during the breeding season. Kentucky's 200 stallions covered 16,727 mares, or 60.1% of all of the mares reported bred in North America. The number of mares bred to Kentucky stallions increased 2.0% percent compared with the 16,391 reported at this time last year.

Authentic, also a Spendthrift stallion, was a close second with 229 mares with what was his first book of mares. He stands for $70,000. Both Goldencents and Authentic are by Spendthrift's Into Mischief.

That a horse with a modest stud fee led the way was a departure from recent years when superstar stallions Uncle Mo and Into Mischief dominated the standings. Uncle Mo was the leading sire in the mares bred category in 2020 and 2016, while Into Mischief topped the list in 2017 and 2018. In 2019, there was a tie for first between Justify and Mendelssohn.

The Coolmore stallion Practical Joke was third on the 2021 list, having been bred to 223 mares. First-year stallion Vekoma was next with 222.

The most notable addition to the top 10 was Maclean's Music, who went from 57 mares in 2020 to 221 this year, good for fifth place. Maclean's Music, who stands at Hill 'n' Dale Farms, has no doubt seen his star rise thanks to his son Jackie's Warrior. Jackie's Warrior won the GI Hopeful S. and the GI Champagne S. last year at two and is in the midst of another stellar season that has included a win in the GI H. Allen Jerkens Memorial S. at Saratoga.

Six of the top 10 are Spendthrift stallions. Coolmore had two on the list and Hill 'n' Dale and Gainesway each had one.

In the years ahead, the list of sires who have covered the most mares should change drastically. Last year, The Jockey Club adopted a rule that will limit the number of mares a horse can be bred to 140. There is a grandfather clause and the rule will only cover horses born in 2020 or later. In 2021, 47 stallions were bred to 140 mares.

In terms of individual state RMB leaders beyond Kentucky and Florida, the following stallions topped the covers list for their respective states/provinces: