Golden Pal Kicks Off Sophomore Season at the Spa 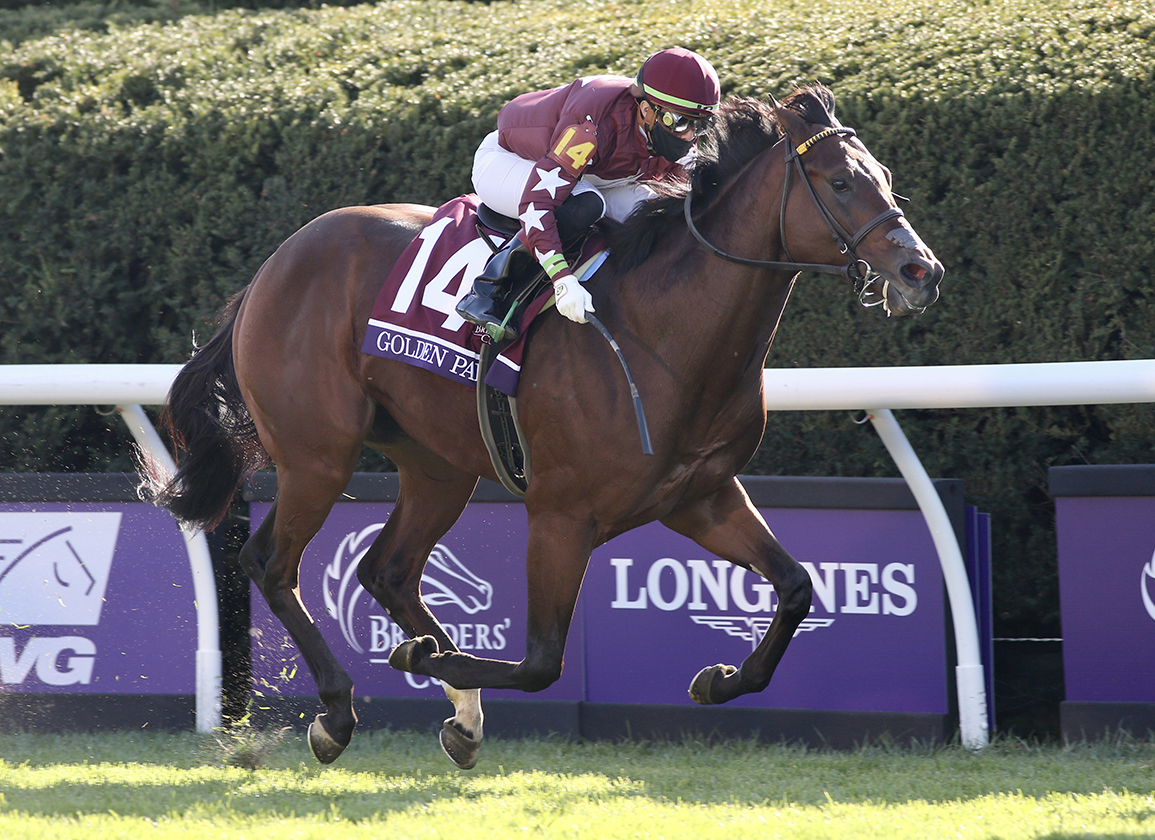 “He's doing really well. We're excited about him,” trainer Wesley Ward. “I think he'll be the best horse I ever had, but we'll see if it comes out that way. He does things in the mornings that are just so impressive. He's just an immensely talented horse and we're looking forward to getting his season started here at Saratoga on Opening Day. Hopefully, that leads into the Breeders' Cup at the end of the year.”

'TDN Rising Star' Jaxon Traveler (Munnings), first or second in all seven of his career starts, tries grass for the first time. He enters following runner-up finishes in the GIII Chick Lang S. at Pimlico May 15 and Woodstock S. over the Woodbine synthetic June 20.