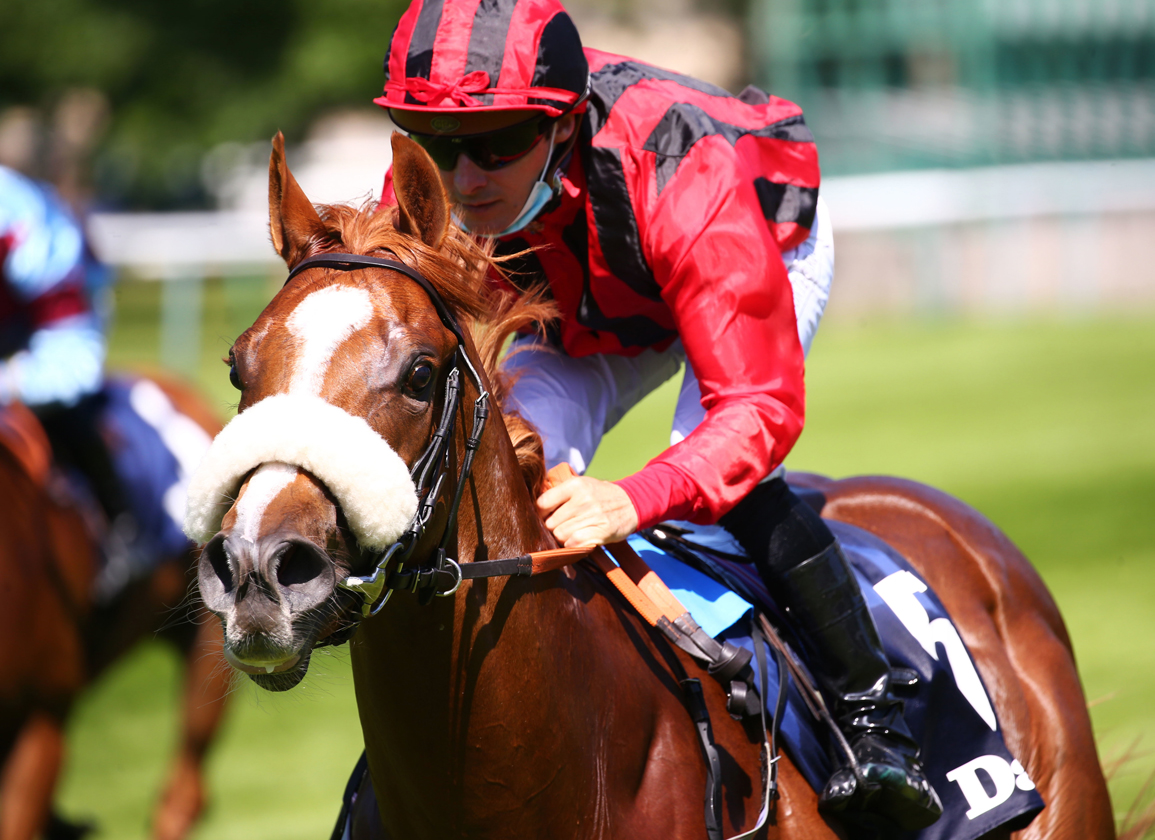 The catalogue for the Goffs Sportsman's Sale, which takes place at Kildare Paddocks on Sept. 30 and Oct. 1, is online and features 410 commercial yearlings. The 2020 edition of the sale produced this year's G2 Prix Robert Papin and G3 Prix du Bois scorer Atomic Force (Ire) (Cotai Glory {GB}), who was purchased by Stephen Hillen and Kevin Ryan for £22,000 and has since been sold on to race in Hong Kong. Every yearling catalogued is eligible for the €100,000 Goffs Sportsman's Challenge, set for Sept. 5, 2022 over six furlongs at Naas Racecourse. The Sportsman's Sale has produced stakes-winning graduates in Ireland, the UK, France, Germany, Sweden, Italy, the U.S. and Australia over the last 12 months, purchased for an average of €22,850.

Highlights on paper include a colt by Group 1 sire Galileo Gold (GB) who is out of a half-sister to multiple group-winning 2-year-old Kool Kompany (Ire) (Jeremy) (lot 459); a filly from the first crop of U S Navy Flag who is a half-sister to two stakes horses (lot 494); a Camacho (GB) half-brother to group-winning 2-year-old Ventura Tormenta (Ire) (Acclamation {GB}) and six other winners (lot 575); a full-brother to multiple graded/group winner Sandiva (Ire) (Footstepsinthesand {GB}) (lot 578); an Australia (GB) filly out of G2 Prix de Royallieu victress Sea Of Heartbreak (Ire) (Rock Of Gibraltar {Ire}) (lot 659); a Fast Company (Ire) half-sister to multiple group-winning sprinter Rohaan (Ire) (Mayson {GB}) (lot 729); a filly from the first crop of Sioux Nation who is a half-sister to listed winner Orlaith (Ire) (Fastnet Rock {Aus}) (lot 820); and a Dark Angel (Ire) colt out of the listed-winning Dark Orchid (Dansili {GB}), dam of three winners from three runners (lot 838).

“We are looking forward to welcoming buyers back to Ireland and Kildare Paddocks for the Irish National Yearling Sales week and are delighted to present a Sportsman's catalogue that is packed with the same high calibre commercial yearlings that are the hallmark of this sale,” said Goffs Group Chief Executive Henry Beeby. “Our inspection team have focused on the individual during the Sportsman's Sale selection process and there are plenty of outstanding specimens catalogued. With the added incentive of the €100,000 Sportsman's Challenge race next year, this sale is unmissable for buyers seeking quality and value especially when the IRE Incentive Scheme is taken into account.”