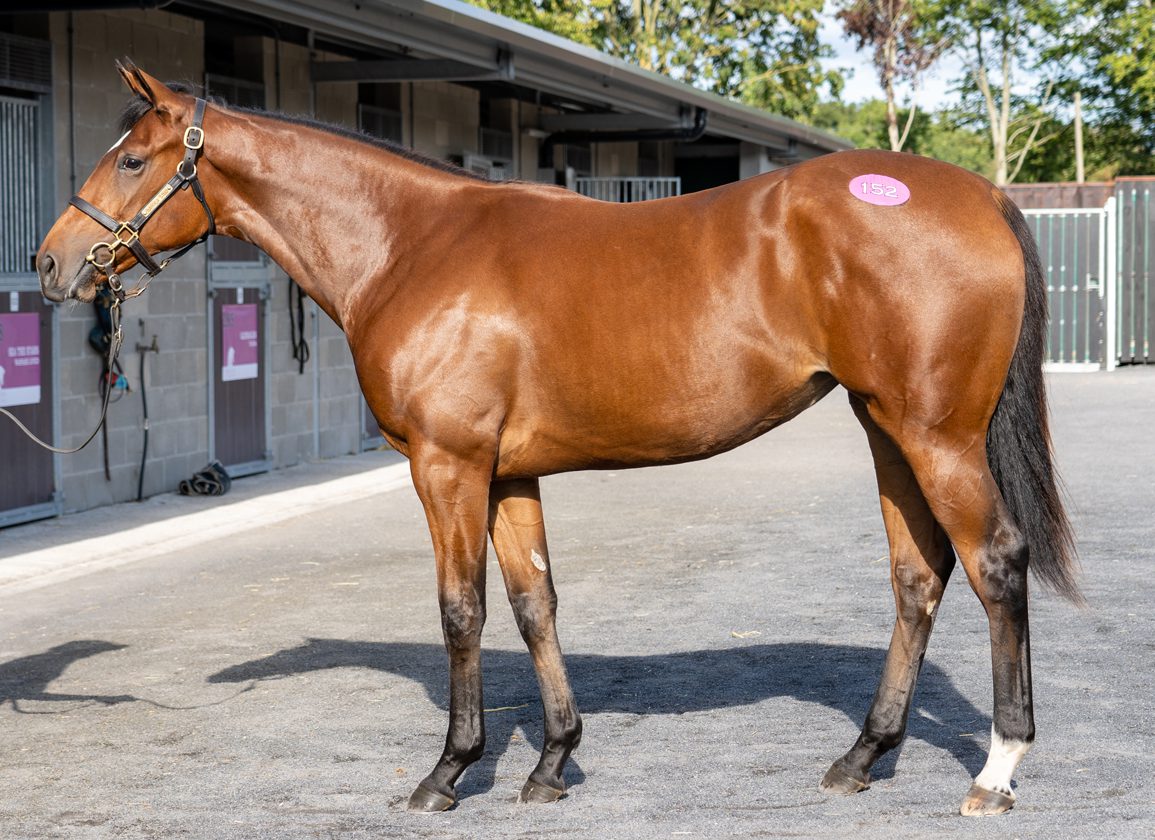 The Goffs Orby Sale catalogue, offering 11 yearlings by the late Galileo (Ire), is now online. Set for Kildare Paddocks on Sept. 27-28, the sale will send 511 yearlings through the ring over the two days, starting at 9:30 a.m. each morning. All yearlings offered will be eligible for the seven-furlong Goffs Million, Europe's richest juvenile race, at the Curragh in September of 2023.

Some of the highlights in the catalogue by Galileo are a daughter of GI Frizette S. heroine Nickname (Scat Daddy) as lot 111 from Baroda Stud; and The Castlebridge Consignment offers a son of G1 Australian 1000 Guineas heroine Amicus (Aus) (Fastnet Rock {Aus}) (lot 332).

Goffs Group Chief Executive Henry Beeby said, “When selections began for this year's Orby, we set a target to take the Irish National Yearling Sale to new heights in 2022 and build on the success of last year. Thanks to increased support from leading Irish breeders we have grown the catalogue whilst maintaining the quality across both days and I extend our thanks to every vendor as we are nothing without their beautiful yearlings. This country is synonymous with the Thoroughbred and we are so proud to bring international buyers to view even more of the best yearlings Ireland has to offer in the unrivalled sales complex at Kildare Paddocks this September.

“The introduction of the Goffs Million last year proved a huge hit with buyers and this year's race at the Curragh on Saturday, 24 Sept. will be a wonderful way to kick off the Orby Sale week when the contenders for the 2023 Million will be on offer within days.”