Go Bears Go Back To Business In The Pavilion 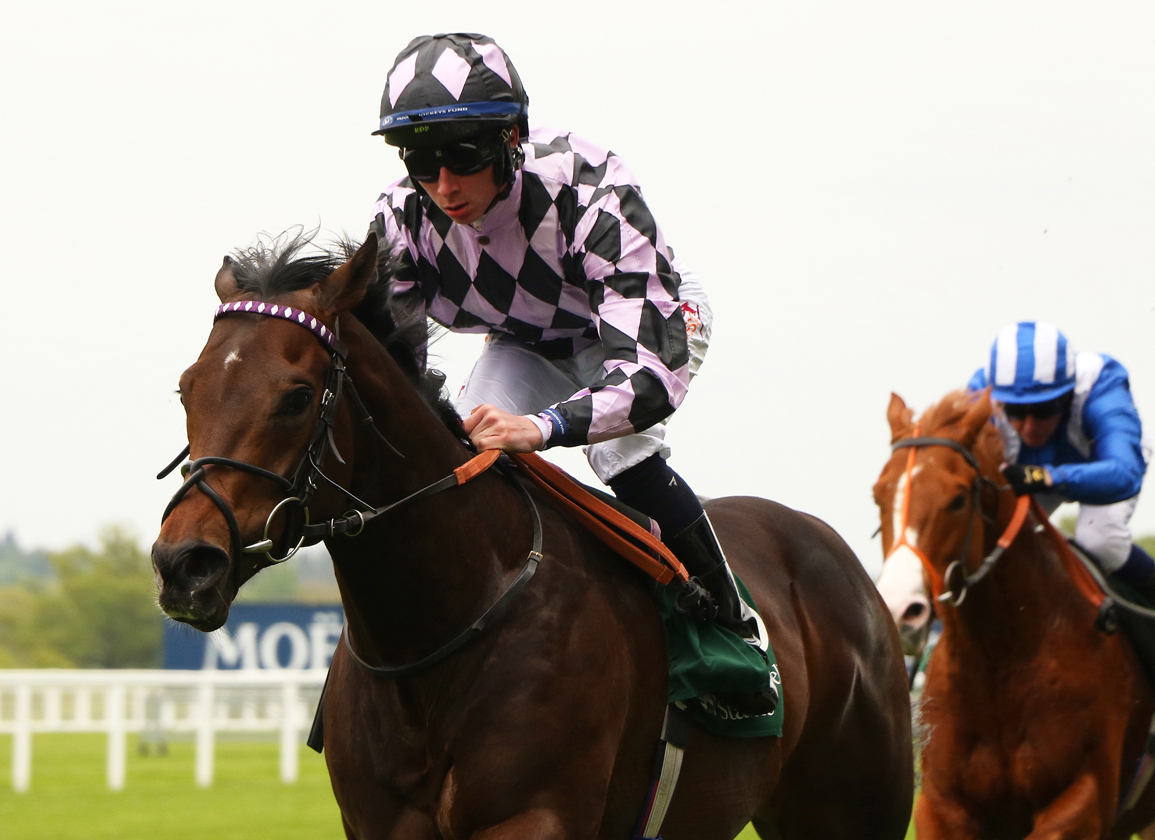 Sent off the 5-4 favourite as the class act in Wednesday's G3 Merriebelle Stables Commonwealth Cup Trial at Ascot, Amo Racing and Peter Waney's Go Bears Go (Ire) (Kodi Bear {Ire}) was able to make his edge tell as Rossa Ryan kept it simple from the front. Looking to add to his tally which includes last year's G2 Railway S., the David Loughnane trainee had Ehraz (GB) (Showcasing {GB}) on his case approaching the final two furlongs but shook him off to assert for a 1 1/2-length success from Hierarchy (Ire) (Mehmas {Ire}). Admirably consistent at a level a notch higher than this at two, Go Bears Go was runner-up in the G2 Norfolk S. and GII Breeders' Cup Juvenile Turf Sprint over five and third in the G1 Phoenix S. and fourth in the G1 Middle Park S. over this six-furlong trip but Loughnane is not ruling out going over further at the Royal meeting. “I think he could go to either the Jersey or the Commonwealth Cup,” he said after admitting nerves watching this contest traditionally known as the Pavilion S. “If the Jersey was a group 1, we would go there.”

Wherever Go Bears Go heads over seven furlongs at Royal Ascot for the group 3 Jersey or heads to the course-and-distance group 1 for which this is named, his tenacity will stand him in fine stead. Loughnane was quick to pay tribute to his stable star's chief quality. ” He is honest as the day is long and he would run through a brick wall for you,” he added. “We've done enough to make sure we could get the job done today, but he is still not fully furnished. We believe he is a group one horse and he's entered himself now as a future stallion. He's won on soft ground and he's won on fast ground, so I don't care what the ground is. I have so much faith in this horse it is not even funny.”

It is unsurprising that Go Bears Go looks as if he will comfortably go further than sprint trips, given that he hails from a family with stamina over middle distances. He is the last known foal out of In Dubai (Giant's Causeway), a daughter of the G2 Ribblesdale S. and G3 Musidora S. winner and G1 Epsom and Irish Oaks-placed Bahr (GB) (Generous {Ire}). She produced the G1 Prix de l'Opera and GI Flower Bowl Invitational heroine Nahrain (GB) (Selkirk), who is in turn the dam of the G1 Dubai Turf, G1 Caulfield S. and G1 Grosser Dallmayr-Preis hero Benbatl (GB) (Dubawi {Ire}). One speedy member of the family is Bahr's descendant, the G3 Palace House S. winner Far Above (Ire) (Farhh {GB}).