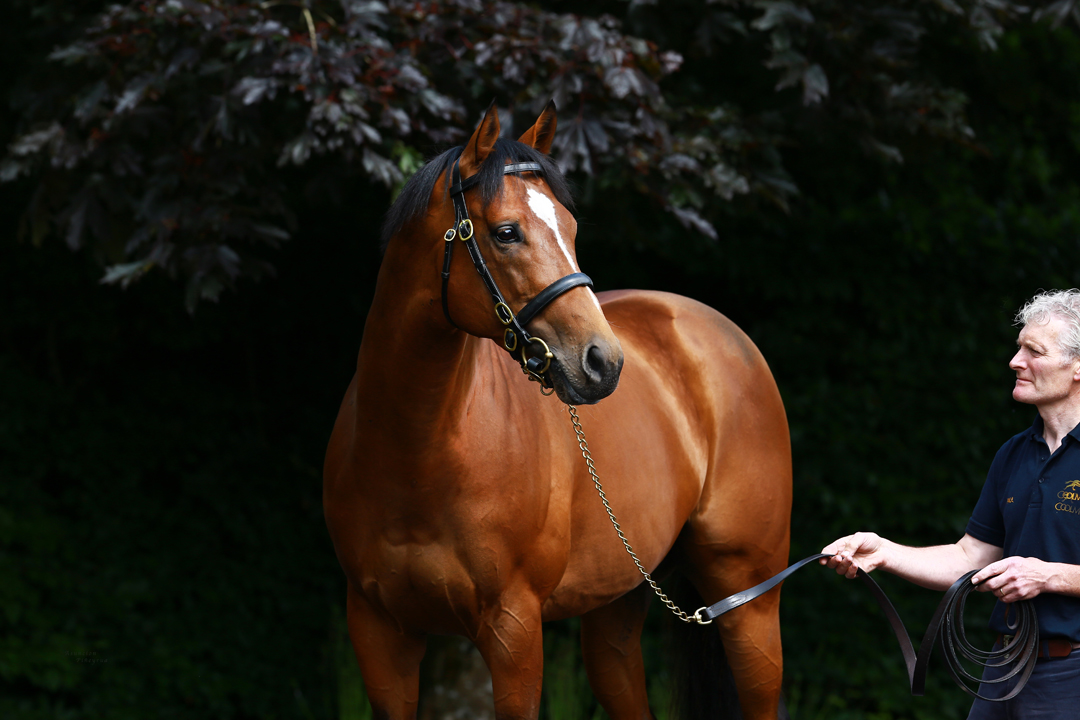 Gestut Brummerhof's Novemba (Ger) (Gleneagles {Ire}) may have appeared to set an unsustainable pace when scooting off in front under Sybille Vogt in Sunday's G2 Wempe 101st German 1000 Guineas at Dusseldorf, but she was not for catching and powered further clear of toiling rivals to secure an impressive 7 1/2-length triumph. Vogt's enterprising tactics also yielded a first Classic success for a female rider. Novemba took two goes to shed maiden status, which she did at Hannover in August, and ran seventh in Baden-Baden's Sept. 12 G3 Zukunftsrennen before closing her juvenile campaign with a second in the Oct. 18 G3 G3 Preis der Winterkonigin back at the Iffezheim venue in her penultimate start. She tuned up for this with a fourth in the May 8 Listed Henkel-Stutenpreis over course and distance on seasonal return last time. The 107-10 chance was sharpest from the stalls and seized an immediate lead. Three lengths to the good rounding the home turn, she had all 10 rivals stretched when stoked up approaching the two pole and extended clear in style to easily account for Godolphin's French raider Sky Angel (Ire) (Dark Angel {Ire}) by daylight, with G3 Schwarzgold-Rennen victrix Belcarra (Ire) (Estidhkaar {Ire}) deprived of second by a neck in the dying strides.

“We were quite sure she would run a good race as she had been working very well at home, but that she would put up such a performance was a pleasant surprise,” admitted trainer Peter Schiergen. “Sybille [Vogt] did everything right by deciding to take the initiative and make her own race. Novemba quite obviously enjoyed herself out there in front and she has shown us that she belongs in this class. We will continue from here, whether in Germany or France, and I will decide with the owners what to do next over the coming days. We are really happy with her.”