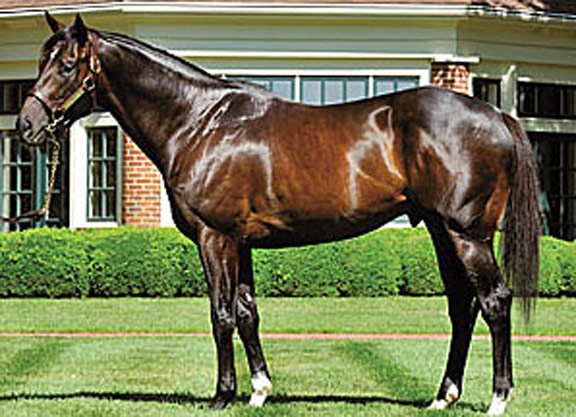 Charles Fipke homebred Java’s War (War Pass–Java {GB}, by Rainbow Quest) has been retired and will stand at Colebrook in Canada for $3,000 Canadian.

While under the care of Ken McPeek, Java’s War bested eventual GI Belmont S. winner Palace Malice (Curlin) by a neck in the 2013 GI Toyota Blue Grass S. over Keeneland’s previously synthetic main track. Out of a full-sister to champion grass mare Fiji (GB), he made his final racetrack appearance in a Woodbine allowance for trainer Roger Attfield and retires with a record of 19-3-2-1 and earnings of $713,807.

“With his Grade I win on all-weather and a family renowned for turf, Mr. Fipke felt Canada would be an ideal environment and plans to support the horse as well,” said Sid Fernando, an advisor to Fipke. “His form, defeating a future Classic winner in Palace Malice (Curlin), was obviously significant, and he’s priced to be accessible to smaller breeders. He’ll stand alongside Mr. Fipke’s Queen’s Plate winner Not Bourbon, the leading first-crop sire in Canada two years ago.”