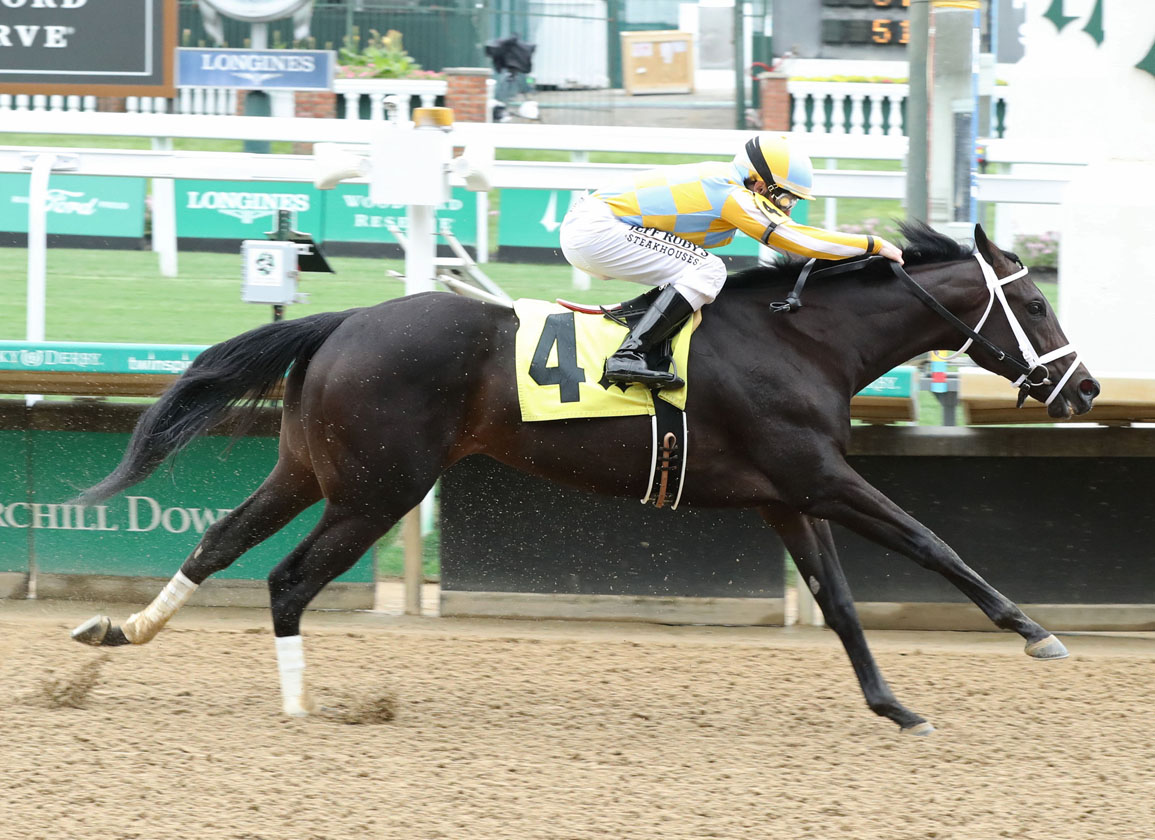 2nd-Churchill Downs, $71,943, Msw, 5-5, 2yo, f, 5f, :58.09, ft, 5 1/2 lengths.
DEVIOUS DAME (f, 2, Girvin–The Shady Lady, by Quality Road) was sent off the 21-10 second choice just a handful of weeks after fetching $240,000 at the OBS March and became the first winner for her freshman sire (by Tale of Ekati) with a powerful 5 1/2-length debut success Thursday at Churchill Downs. The Florida-bred jumped away well and showed good early speed, but favored Empire of My Own (Classic Empire), herself a $170,000 OBSMAR purchase, speared through from the fence to lead them into the turn. Joe Talamo sat chilly aboard Devious Dame, who dueled with the pacesetter into the final eighth of a mile and was straight and strong from there to graduate by a space. Devious Delight (Alternation) was along late for second. Devious Dame was hammered down to One Up Bloodstock at OBS after breezing a quarter-mile in :20 4/5. Trained by Joe Sharp for owner Brad Grady, Girvin was victorious in three of his first four trips to the post, including the GII Risen Star S. and GII Louisiana Derby. After missing by a nose in the 2017 GIII Ohio Derby, Girvin recorded his most important career victory when just besting McCraken (Ghostzapper) in the GI Haskell Invitational S. and was retired to Ocala Stud in 2018, where he stands for Brad and Misty Grady and Airdrie Stud in partnership. Airdie is also home to McCraken, who was represented by debut winner Crackalacking at Keeneland Apr. 21. The Shady Lady foaled colts by Ocala Stud's Awesome Slew (Awesome Again) in 2021 and 2022. Sales history: $240,000 2yo '22 OBSMAR. Lifetime Record: 1-1-0-0, $35,560. Click for the Equibase.com chart or VIDEO, sponsored by TVG.
O-John C Oxley; B-Ocala Stud, Joseph M O'Farrell III, David O'Farrell et al. (FL); T-Norm W Casse.