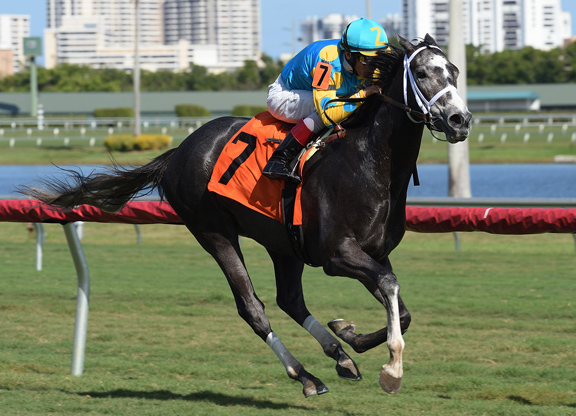 “I thought he ran well [at Royal Ascot],” trainer Todd Pletcher said. “He's won at a mile and it's kind of that time of year where there's not a ton of options for 3-year-olds on the turf going six to seven furlongs, so we're going to try to stretch him out to a mile and a sixteenth and see how he handles that.”

Raging Bull (Fr) (Dark Angel {Ire}), a smart come-from-behind winner in his first two trips to the post, including an optional claimer at Belmont June 8, closed into a very slow pace to complete the exacta as the heavy 2-5 chalk in the Manila S. downstate July 4.

“Raging Bull is doing really well, I'm excited to get him in there,” trainer Chad Brown said. “He's a lightly raced horse but he has a ton of talent.”