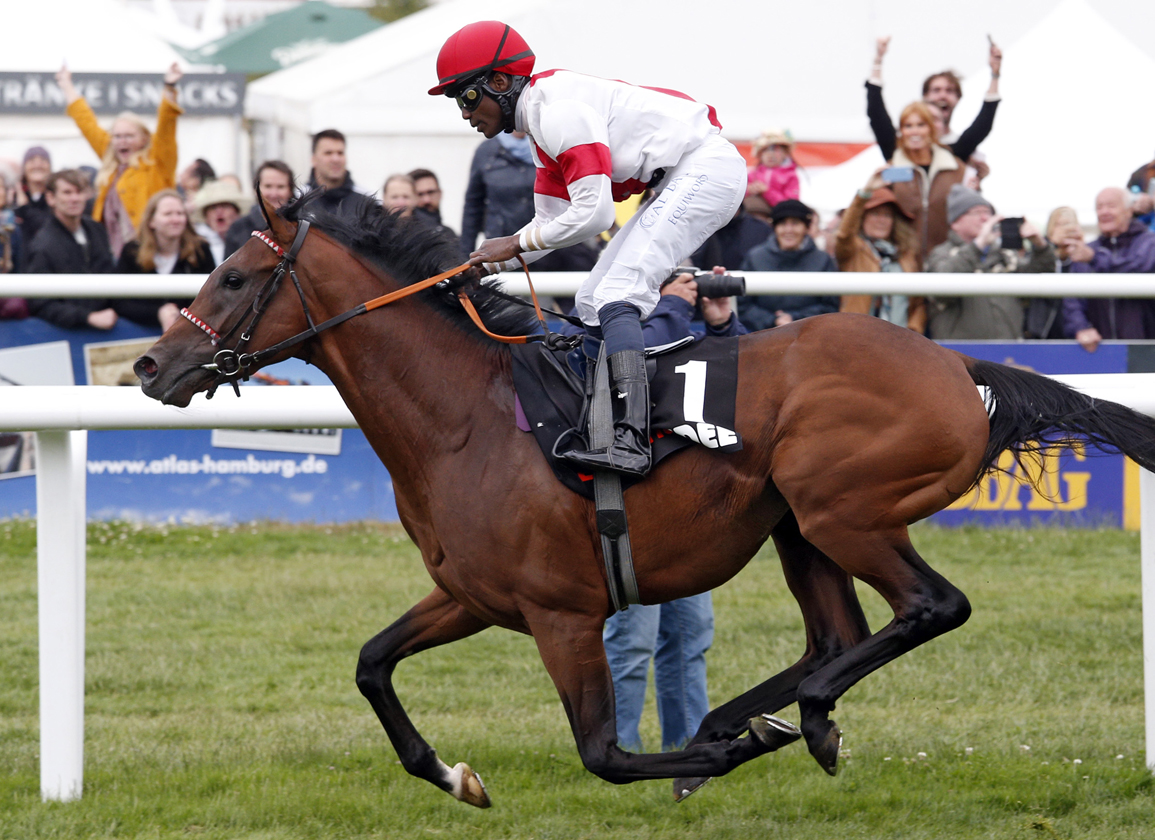 German champion Laccario (Ger) (Scalo {GB}–Laccata {GB}, by Lomitas {GB}) will retire to Haras d'Annebault as a dual-purpose stallion in 2022, Galopponline.de reported. A winner of the 2019 G1 Deutsches Derby for Manfred Ostermann who also bred the 5-year-old under his Gestut Hof Ittlingen banner, Laccario's fee will be €3,000. The deal was brokered by Richard Venn.

A winner at second asking at Cologne at three, the Andreas Wohler trainee took the Listed Aengevelt Derby-Trial in May of 2019 and followed up in the G2 Sparkasse Union-Rennen a month later. The colt ran out a 1 1/4-length winner of the German Derby that July and returned to take third in the Sept. 1 G1 Grosser Preis von Baden. Second in the G3 Preis der Deutschen Einheit at Hoppegarten that October, the bay was given almost a year on the sidelines. Unplaced in the 2020 G1 Preis von Europa, he traveled Stateside and ran second in the GI Joe Hirsch Turf Classic S. that October and filled the same position in the GII Hollywood Turf Cup S. in his final start on Nov. 27. Originally transferred from Wohler to Graham Motion for another U.S. campaign, he returned to Germany in July for stallion duties after a tendon injury. His record stands at 10-4-4-1, and $634,228 in earnings.