Gentlemen's Bet to Stand at McDowell Farm in Arkansas 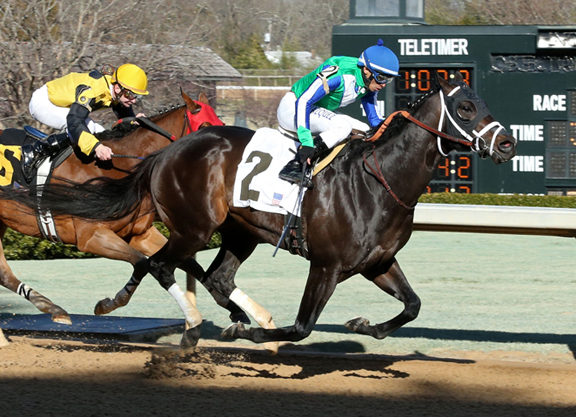 In addition to his trio of stakes tallies, Gentlemen's Bet finished third in both the GI Alfred G. Vanderbilt H. and the Breeders' Cup Sprint in a memorable 2013 season, one that also included the second fastest six-furlong time ever registered at Churchill Downs (1:07.90) in an allowance victory. The dark bay earned a Beyer Speed Figure of 107 for that performance–a number he would replicate twice later in his career.

Campaigned by owner Harry Rosenblum and trainer Ron Moquett, Gentlemen's Bet retired in 2017 with an overall record of 7-0-4 from 22 starts and total earnings of $744,155 and entered stud in 2018.