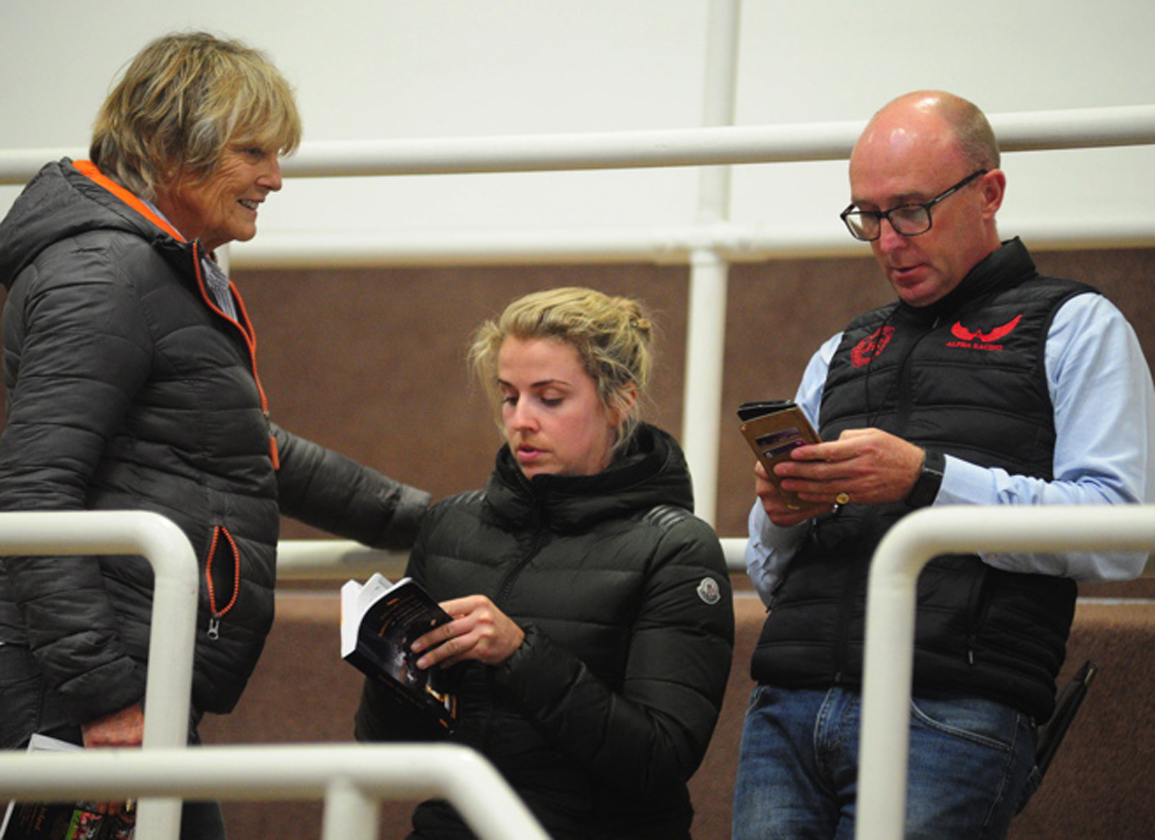 Just over a week after selling the syndicate's flag-bearer Cadillac (Ire) (Lope De Vega) for a cool £500,000 at the Goffs London Sale on the eve of Royal Ascot, Alpha Racing are concentrated on sending out the stars of the future at the Curragh on Derby weekend, headed by G2 Airlie Stud S. contender It's Showtime Baby (GB) (Showcasing {GB}).

A winner of a Dundalk maiden on debut back in April, the Jessica Harrington-trained It's Showtime Baby achieved black type when running third in a Group 3 at Naas last month.

Connections opted to sidestep the royal meeting in preference for the Curragh this weekend and Richie Galway, who set up the commercially-driven Alpha Racing Syndicate with Harrington, is optimistic about the next batch of 2-year-old coming through.

He said, “We have It's Showtime Baby (GB) (Showcasing {GB}) to look forward to in the G2 Airlie Stud S. at the Curragh on Sunday. We decided against going to Royal Ascot with her because we thought this race would suit. She has won her maiden and has black type. She looks progressive.

“We have two nice colts running at the Curragh as well. National Emblem (Ire) (National Defense {GB}) looks to be a lovely horse and he runs on Friday. We picked him up at the Tattersalls Ireland Breeze-up Sale last month. The First And Last (Ire) (No Nay Never) runs on Sunday and he was bought at the Orby Sale at Goffs last year so it's a very exciting weekend for the group.”

Galway added, “We try to make Flat racing accessible and give people an opportunity to spread their risk. The syndicate is somewhat commercial. We have fun but we also trade and have been very conscious about that in the four years we've been up and running.

“Everything we run is for sale at a price. When we go to the yearlings sales, we have a limit and we try to limit the syndicate to 20 people at around €50,000 apiece. We all take a share ourselves; myself, Jessica [Harrington], Legs Lawlor and Patrick [Cooper]–who does all the buying–so we are all invested in it.”

Cadillac was the last of the yearlings bought in 2019 on behalf of the syndicate. His sale ensured that the owners recorded an overall profit and, according to Galway, the current crop of 3-year-olds in training with Harrington are on course to ensure it will be another lucrative investment for the 20 or so people who make up the syndicate.

He said, “Cadillac's sale was the highlight. He has been a flagship horse for the syndicate and has brought us all over the world. He ran brilliantly at the Breeders' Cup, got us to Bahrain and won at Leopardstown a few times as well. We were sorry to see him go but the objective of the syndicate is to trade.”

Galway added, “In this year's 3-year-olds, we have Nectaris (GB), who ran well in a Listed race at Longchamp, and she's a lovely filly by Sea The Moon (Ger).

“We also have Viareggio (Ire) (Caravaggio) and she has been third now in two Listed races and Cowboy Justice (GB) (Lope De Vega {Ire}) who is another solid horse. We also had an unraced Zoffany (Ire) gelding in that year. I'd be disappointed if that syndicate doesn't make a profit on their initial investment as well.”

Excitement levels are on the rise among the syndicate members as Harrington lifts the wraps on the next batch of runners this weekend and Galway is cautiously optimistic about the future, outlining an ability to sell horses all over the world after they show a level of ability in Ireland.

He said, “It's an exciting weekend. But it's been an exciting couple of weeks with the sale of Cadillac and the two runners–Nectaris and Viareggio-at Longchamp.

“The benefit of having a small stake in all of these horses is that you get consistent and regular action. There are people involved from all over the world–Asia, America, Britain and Ireland. We are always looking for new people to get involved and it's an ideal introduction to ownership.”

He added, “Last year for example, we bought a horse called Pioneering Spirit (American Pharoah) at the breeze-ups. We paid 100,000gns for him and ran him four weeks later in a Curragh maiden.

“He finished fourth and we got him sold straight after that. The syndicate owned the horse for six weeks and got a nice return on the purchase price in that short space of time. Irish racing is held in high regard all over the world. If you can win or be placed in a maiden here you have a pretty good commodity on your hands.”