Galileo's Star of India Battles to Dee Success at Chester 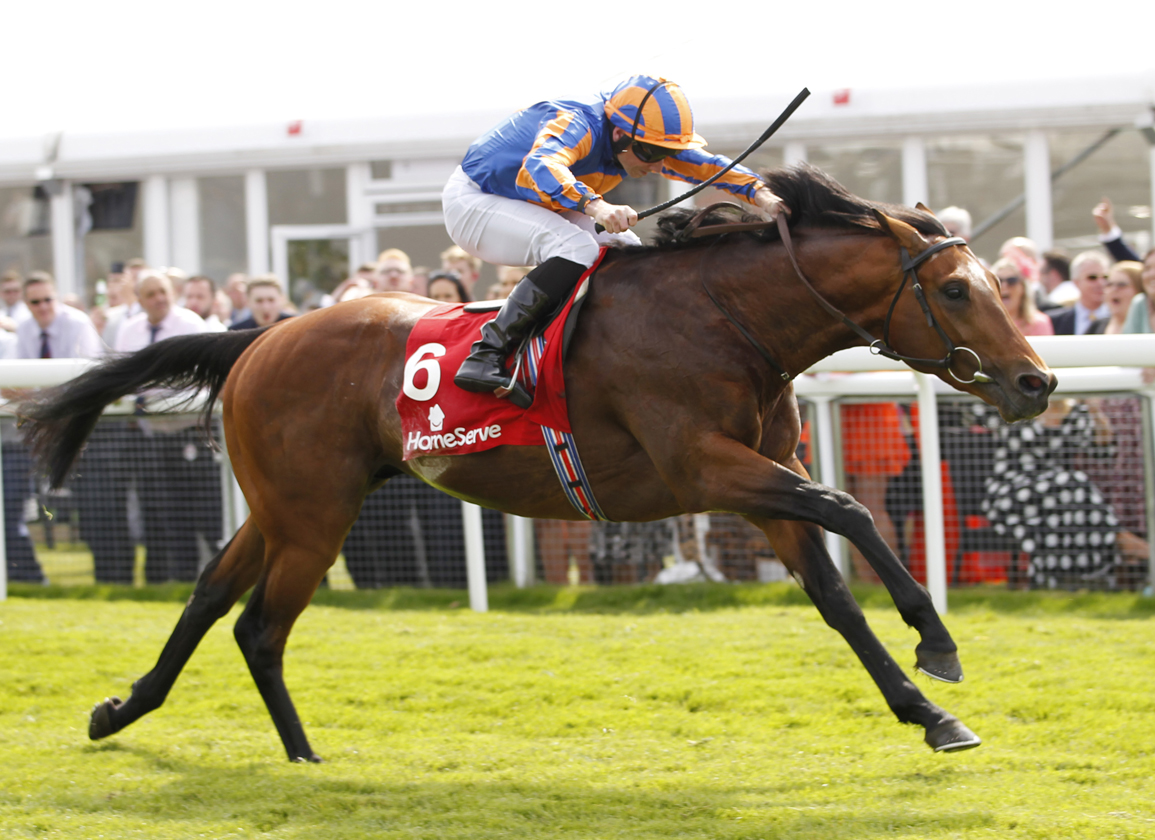 Chester's May meeting, day two, status quo. Fresh off a day for the ages, Galileo extended his record tally of stakes winners to 350 when Aidan O'Brien trainee Star of India (Ire) (Galileo {Ire}–Shermeen {Ire}, by Desert Style {Ire}) displayed all the battling traits of his sire by finding plenty in the latter stages of Thursday's Listed Homeserve Dee S. to claim a first black-type rosette in ultimately impressive style. Star of India became a 'TDN Rising Star' with a taking score over seven furlongs in his debut at Leopardstown last October, but slipped to fifth when attempting to make all upped to one mile for Newmarket's G3 Craven S. in his only other start on seasonal return last month. The well-backed 6-4 favourite required early encouragement from the inside box and occupied a slot along the fence in third after passing the judge first time in this extended 10-furlong test. Back under urging with a half mile remaining, he was guided to the outside off the home turn for his challenge passing the furlong marker and lengthened clear–powered by continued coaxing–to stop the clock with a comfortable 2 1/4-length buffer. Comfortably on top through the line, Star of India was a notch above Cresta (Fr) (New Bay {GB}), who outbobbed Sonny Liston (Ire) (Lawman {Fr}) by a head for second.

Victory yielded a ninth edition for O'Brien, leaving him two shy of Barry Hills' record 11, and the trainer confirmed another ticket booked for Epsom's showpiece. “It was only his third run and it looked like he was learning all the time,” he reflected. “We were hopeful he'd stay and, looking at that, he's stayed 10 furlongs very well indeed. It looked like the further he went the better and he seemed to handle the track well enough. You'd have to say after that he's done enough to be on the Epsom [Derby] team, definitely.”

It was a record-equalling fifth triumph for Ryan Moore, who joined living legends Lester Piggott and Willie Carson atop the race's honour roll. Three of Moore's four prior wins came aboard sons of Galileo–Magician (Ire), Cliffs of Moher (Ire) and Circus Maximus (Ire)–while the other was registered by grandson Rostropovich (Ire) (Frankel {GB}), all elite-level performers down the line. “He's a nice horse and it was only his third run, so that was a good performance,” the rider said. “He's still learning and things were happening a little quick for him in places, but he got it done well in the end. I think he'll improve as he's a very laid-back horse and we're only just getting to know about him. When he came off the bridle I think that was more through greenness than anything else. It was a big learning curve today. He ran in a straight line at Newmarket and he's gone round a bend today. He's in the mix with the others and he'll get better, I've no doubt about that. He got to the line very easy so I'd be happy with him going over further. I wouldn't compare him with yesterday's winner [Changingoftheguard] as they are slightly different horses. Yesterday's was very impressive, but the way this race was run meant he couldn't be impressive.”