Galileo's Star of India A New Rising Star at Leopardstown 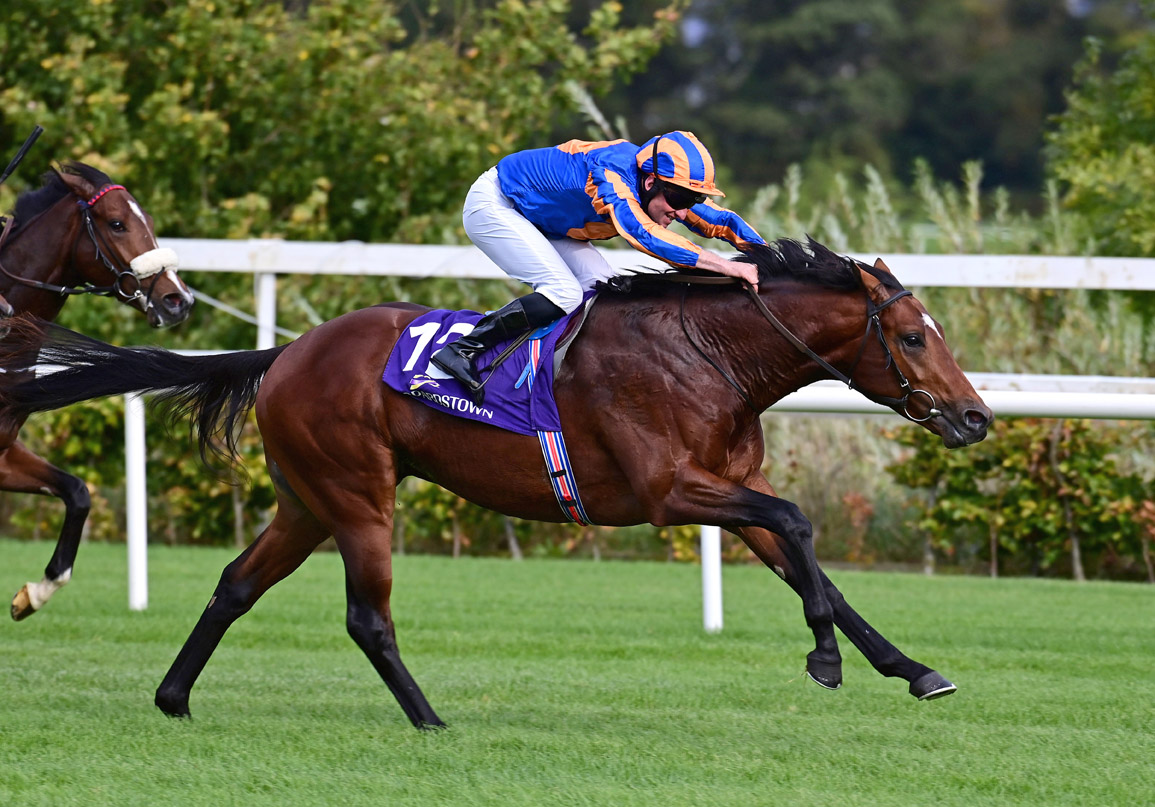 He may have been niggled along earlier than ideal, but Coolmore and Westerberg's hitherto unraced Star of India (Ire) (Galileo {Ire}) produced a finishing burst stamped with class and outpointed his rivals in style to earn 'TDN Rising Star' status in Saturday's Irish Stallion Farms EBF (C & G) Maiden over seven furlongs at Leopardstown. The 5-1 chance broke well to track the leaders in fourth and required mild urging to remain in contact rounding the home turn. Making eyecatching headway out wide in the straight, he quickened in some style to seize control approaching the furlong marker and powered away from toiling rivals in the closing stages to easily acoount for Sir Antonino (Ire) (Galileo {Ire}) by an impressive 2 1/4 lengths.

“[Clerk of the Course] Paddy Graffin said to me 'he's nice' leaving the parade ring and anytime Paddy says that to me they win, so he might be a good omen,” revealed winning rider Seamus Heffernan. “He's a grand staying type of horse and they went a good gallop there. He stayed on going well and I liked him.”