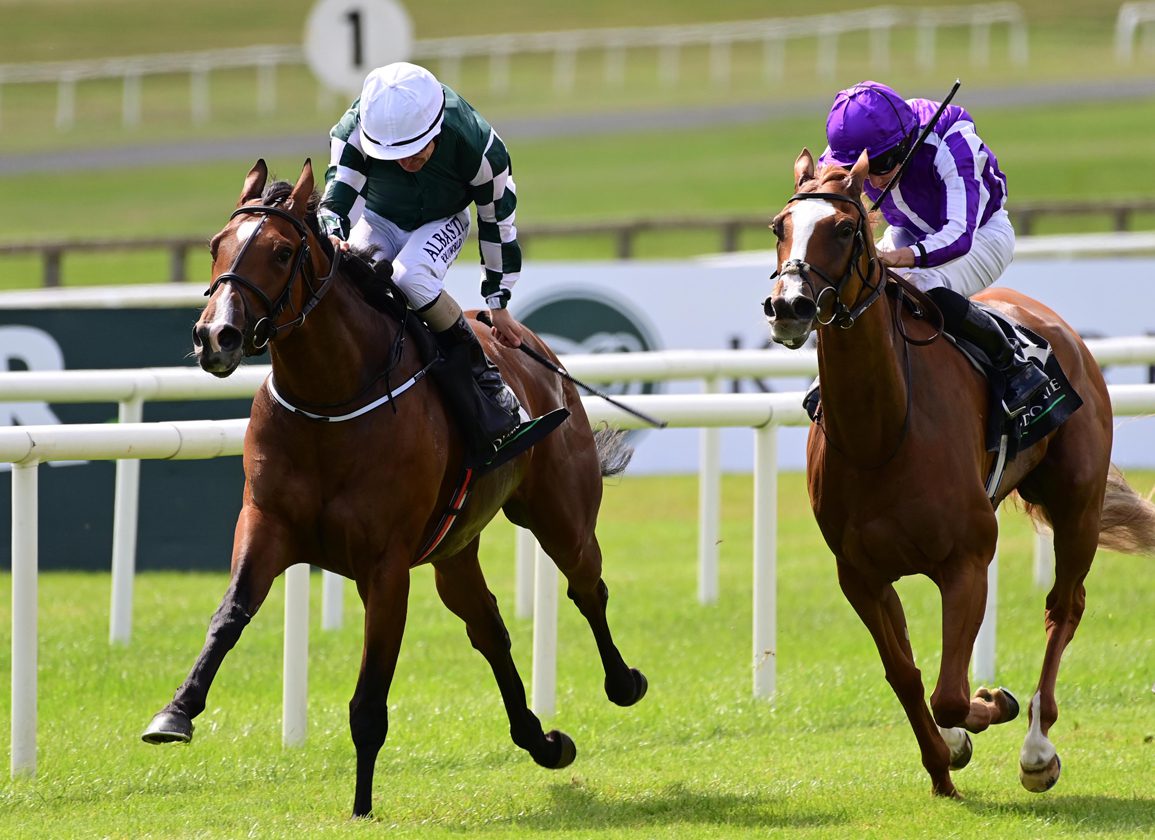 Yuesheng Zhang's Magical Lagoon (Ire) (Galileo {Ire}–Night Lagoon {Ger}, by Lagunas {GB}) displayed a willing attitude when annexing last month's G2 Ribblesdale S. at Royal Ascot and her determination was to the fore again as she refused to yield and battled gamely to a career high in Saturday's G1 Juddmonte Irish Oaks at the Curragh. Last term's G3 Flame of Tara S. victrix went off as the 5-4 favourite, in the absence of Epsom's G1 Oaks exacta Tuesday (Ire) (Galileo {Ire}) and Emily Upjohn (GB) (Sea The Stars {Ire}), and raced under a firm hold behind the clear leader, Show Of Stars (GB) (Showcasing {GB}), in second. Inching ever closer from halfway, she cruised to the front on the bridle approaching the final quarter mile and called upon deep reserves under a drive in the closing stages to bravely repel the persistent threat of Toy (Ire) (Galileo {Ire}) by a hard-fought half length, with Cairde Go Deo (Fr) (Camelot {GB}) 2 3/4 lengths further adrift in third.

Magical Lagoon, fourth on debut at Naas in August, had earlier backed up her Flame of Tara victory with a close-up seventh in Newmarket's Oct. 8 G1 Fillies' Mile in her juvenile season closer and opened this campaign with a short-head second contesting Navan's Apr. 23 Listed Salsabil S. in her penultimate start.

“It's wonderful to win one classic, to get two is absolutely amazing,” commented Jessica Harrington after adding to her 2018 G1 Irish 1000 Guineas success with Alpha Centauri (Ire) (Mastercraftsman {Ire}). “She's such a game filly, who only does as much as she has to do and she's just a lovely filly to train for Mr Zhang. I kept looking at what was behind her, but I knew she'd keep staying. She stayed very well in Ascot, but they probably didn't go as quick as they did in Ascot. She just ran a great race, Shane [Foley] was in the right position and kept going forward. He rode a super race and she kept finding and finding. It's only her third run this year and I'd say she'll improve again. She's in the [G1] Yorkshire Oaks and after that I haven't really made a decision. It's been mooted and I'd love to keep her in training next year. I hope so because Galileos improve and her brother [Novellist] was a much better 4-year-old than 3-year-old. Before [Emily Upjohn's enforced withdrawal] we were the underdogs and I love being the underdog and having a go at them, but it's worked out great.”

Magical Lagoon is all heart as she follows up her Ribblesdale victoy with a gutsy display to land the €500,000 G1 @JuddmonteFarms Irish Oaks at the @curraghrace for Shane Foley & @Jessica_Racing pic.twitter.com/3rerYVUPt9